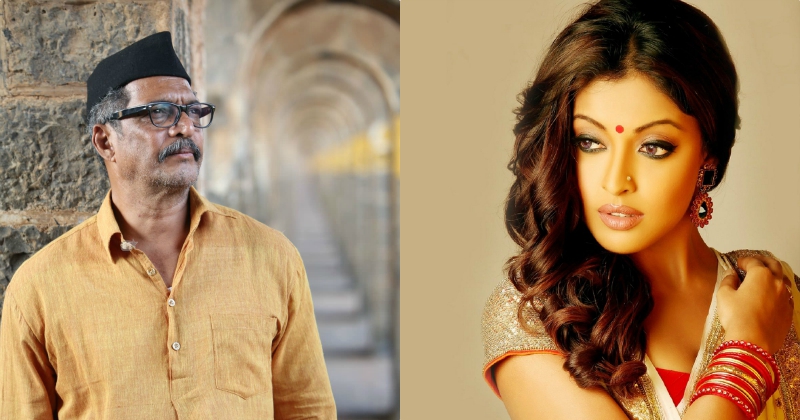 #MeToo campaign has set not only Bollywood but the entire nation blazing. Tanushree Dutta has accused the veteran actor Nana Patekar of sexual harassment that took place way back in 2008 at the sets of their film Horn OK Pleassss. With this the film industry seems to have divided into two parts. There are some who support the actress and have come out with similar incidences too whereas there are few others who are accusing the actress of doing this for publicity or seeking the attention. However, the case does not seem to favour the latter ones only if you are aware about the evidences that support the actress. Here are top 7 must know facts before accusing Tanushree Dutta of publicity gimmicks.

Only those who are unaware about what happened back in 2008 are wondering why Tanushree made a decision of to speak for herself now. She did come out with the issue in 2008 with just a handful  of media outlets picking up the story accompanied by the fact that no one was ready to led ears to her. If we consider the news report from 2008, we find that Tanushree Dutta did file a report with the Cine and Television Artistes Association (CINTAA) in 2008. Here she clearly accused Nana Patekar in addition to producer Sami Siddiqui, director Rakesh Sarang, choreographer Ganesh Acharya of harassing her and also claimed damages for her car. She also interviewed with major entertainment channels regarding the same but was tagged a “starlet” and in turn accused for creating a scene. With this her voice was silenced.

There is no point calling this beauty diva a liar when you are actually unaware about a lot of facts. There is a video that is available on the internet that acts as the documented proof of incident that took place in 2008. This video was shared by the leading news channel. There is this mob in the video replete with aggression and attacking the lady’s car resulting in damage to her windscreen. The video is today a range on social networking sites like Twitter and YouTube.

Taking into consideration the eight-year-old video, the most beautiful and one of the popular actresses Dimple Kapadia finds Patekar to be “obnoxious”. The video also opens up the “dark side” of the veteran actor. The actress Rimi Sen, who was a part of the film, in an interview said she  “was not happy working with Rakesh Sarang” and also said that “couldn’t talk freely to him”. She accused the director for being arrogant and despite listening to the pleas of the actors did what he wanted to. Also, she went on to say that there was a lack of “positive atmosphere on sets”.

Daisy Shah, was at that time working as an assistant to choreographer Ganesh Acharya on the sets of the film. It was in her presence that the incident took place and today she is supportuing Tanushree openly.  In the words of Daisy Shah, while shooting for the film, “something happened that caused a lot of chaos and Tanushree locked herself in the vanity van for almost 3-4 hours… And then the media was called and then the entire “hoo-haa” happened and Tanushree had a really hard time (sic)”. Here a lot of questions are set on fire as to:

Time is not the deciding factor for what is true and what is not. Tanushree went through a lot way back in 2008 when she wanted to stand for herself. Lack of support and courage at that time could not sustain the issue and she suffered a loss of bright career because of this which is a cost more than enough that she has paid.  Even today when the lady has finally got the courage and the support owing to the #metoo campaign still the victim is being accused of lying and not the perpetrators of the crime. Today, for taking a stand for herself and claim the justice she once again has set something on stake. This time t is not actually her career but her reputation and friends in the industry. I guess that is enough to accept that she has got no point to lie.

In 2008, when the actress shouted out for the first time, Patekar came out all with guns blazing to call this a false allegation. Also, his lawyer sent the actor a legal notice to deny all the allegations. Such is scenario always, at times, there is no one to speak out due to lack of courage and at other times if one does speak up then there is lack of support on one hand while a greater segment of the society remains quite on the other end turning a deaf ear to the same. One is a liar but a group is not. This is not just the only case that has been reported against the veteran actor, but there are many others too who have highlighted the issues with the attitude of the same.

No body questioned the actress like Gwyneth Paltrow, Jennifer Lawrence, Uma Thurman, and Ashley Judd  for speaking out under the #MeToo campaign after years against film producer Harvey Weinstein, about where they had been all this while.

Just because it is Bollywood this time that has been set ablaze by #metoo that we are accusing the victim and not the criminal?

All in all, these are the top 7 must know facts before accusing Tanushree Dutta of publicity gimmicks. One thing that is appropriate to conclude the article is that when someone is finally finding the voice to speak up then it is our responsibility as a human not to blame the victim but lend her ears and support.