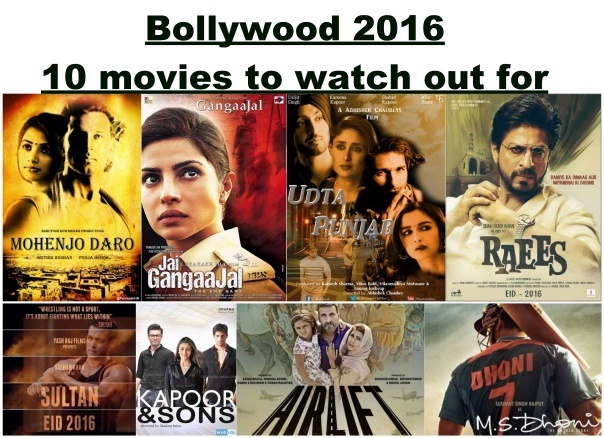 The year 2016, within no time of its start, has brought various good movies that have drawn audiences to the movie theaters, with persuading stories and high technical values. Until now in the recent years, it has been proven that Bollywood is transcending itself into a better movie outlet, with the stories that relate to the changing audience expectations. The movies ascribed in this list of top 10 best Bollywood movies 2016, prove the fact of industry betterment in many aspects with various genres hitting the box office results. When Iraq invades Kuwait in August, 1990, a callous Indian businessman becomes the spokesperson for more than 170,000 stranded countrymen.The movie has many assuring aspects like a real story, excellent direction, spellbinding cinematography, and a praiseworthy background score and music. IMDB Rating – 9

Neerja is a portrayal on the life of the courageous Neerja Bhanot, who sacrificed her life while protecting the lives of 359 passengers on the Pan Am flight 73 in 1986. The flight was hijacked by a terrorist organization.Even though it is a debut film for the director Ram Madhwani, he has shown an experienced person’s skills in the movie. IMDB Rating – 8.4

An investigative journalist takes action to find those responsible, after the video of his mentor’s murder surfaces.This movie definitely appeals to all the Sunny Deol’s fans. It is a complex tale that is astutely handled. IMDB Rating – 7.6

The story of a former boxer who quits boxing following a fallout with the authorities over the underlying politics but goes on to coach a fisherwoman to fulfil his dream through her.The movie follows the ‘Mary Kom’ genre with offering the audience another passionate and gritty feature. IMDB Rating – 8.2

The movie is a true story of Dr. Shrinivas Ramchandra Siras, who was suspended from his job because of his sexual orientation.The movie is reviewed by many as a heart-throbbing feature film. The direction and the film making has moved many hearts. IMDB Rating – 8.7

After being disowned by her family, an awkward librarian relies on the help of her brooding neighbour. IMDB Rating – 7.5

A grief-stricken cop and amputee grandmaster are brought together by a peculiar twist of fate as part of a wider conspiracy that has darkened their lives. IMDB Rating – 7.4

A newly appointed Senior Inspector finds herself against very powerful goons and having people from her own department against her. IMDB Rating – 6.2

Chalk N Duster is an emotional journey of two teachers Vidya and Jyoti, serving at a Mumbai – based High School. Their passion and love for teaching, bonds them in a special relationship with their students. IMDB Rating – 7.1

The movie is about a dysfunctional family of two brothers who visit their parents and grandfather in Coonoor, and end up falling for the same woman. IMDB Rating – 8.8