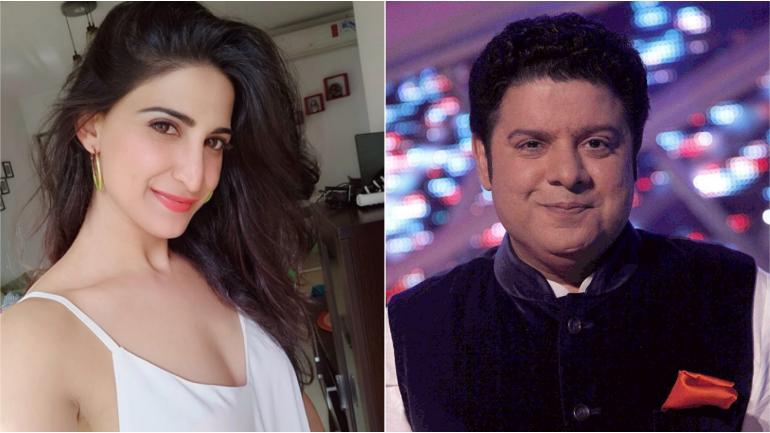 The famous film maker, Sajid Khan has been making the headings in the wake of #metoo campaign for all the bad reasons. Among a deluge of actresses who have accused him of having harassed them sexually there is another Bollywood actress who has a story to share. The experience of this actress is quite similar to that of popular actress Saloni Chopra. The actress that we are talking about who have come up with fresh allegations of sexual misconduct against director Sajid Khan is Aahana Kumra. You have last seen her is one of the most controversial Bollywood films, ‘Lipstick Under My Burkha‘. She has come in front with her unpleasant story about the harassment she encountered with director Sajid Khan.

The actress also made a confession that she was so disillusioned at one point of time that she attempted suicide. She began narrating her story with the following remark, “People tell you things like, ‘acting ke upar dhyaan mat do (don’t worry much about acting). Just take care of your looks.’

Her story goes as follows, “Sajid Khan once messaged me, ‘Oh, you can look hot in a bikini also!’ I think it shocked him that I could look good in a bikini. This was after our meeting.” She went on to say, “I had a meeting with Sajid Khan about a year ago, knowing the fact that he is a shady guy. I met him and he did the same thing that Saloni (Chopra) has written about him. Same drill – you go to his house, you are escorted to his room which is pretty dark. He makes you watch what he’s watching. He did not make a pass at me, but he said that he wanted to get to know me. When I asked him why we can’t sit outside, he said his mother was sitting there so why trouble her. I asked him to switch on the lights of the room, which he did. ”

Would you have sex with a dog if I gave you Rs 100 crores?

“You have to be assertive here. He wanted to chat with me. I told him my mom’s a police officer which I think made him behave. He didn’t touch me. I guess he was trying to give me gyaan on how I need to laugh at his sexist jokes if I wanted to be a mainstream heroine in his films. He implied that I think too much and that I am too vocal about what I think. Hence, I am not mainstream actress material. Point being, you can meet anyone, but be wise about who you work with.” Aahana claims to be assertive in responding to him and letting him know that she was a daughter of a police woman. “But he still asked me bizarre questions like, ‘Would you have sex with a dog if I gave you Rs 100 crores’? He didn’t touch me,” she said.

Not only did Ahana accuse Sajid Khan but also made accusations against casting director Anirban Blah of making sexual advances towards her. Anirban Blah has already been accused by 4 women for sexually harassing them.
She says, “Anirban Blah met me at the lobby of a five star hotel and said, ‘There’s a room here. Let’s negotiate there.’ I walked out of that meeting because I wasn’t comfortable. It didn’t go down well with me. That’s ‘normal’ conversation he has with women. The day I chatted with him, I was shaken,” says she. Aahana further says, the intention behind taking names isn’t to punish the perpetrators. “I read Anirban’s letter and I am glad that at least he accepted it,” she said.

According to news reports, Anirban tried to commit suicide following the accusations against him. He also sent a suicide note to the journalist. “Without trying to justify any of my actions, I just want to say that I have tried to be the best person I can be. I didn’t have the strength to cope with what happened to me as a child in a healthy way. I never was able to separate sex from power, to make it a part of love, and somewhere along the way one part of me turned into a monster,” the note reads.

She is not the only person to have accused him of such a behaviour. Others in the list are Priyanka Bose, Simran Suri, Saloni Chopra, Rachel White and Karishma Upadhyay. Many of the film celebrities have extended their support in favour of the people who have accused him and have issued statements against such an ugly behaviour of Sajid Khan. This has made him suffer adversely on professional end. Quiting Housefull 4, the popular actor Akshay Kumar says, ‘any proven offenders and all those who have been subjugated to harassment should be heard and given the justice they deserve’. The film’s shoot has since then been suspended.

Next article - Top 10 Celebrities and Their Views on MeToo Movement »