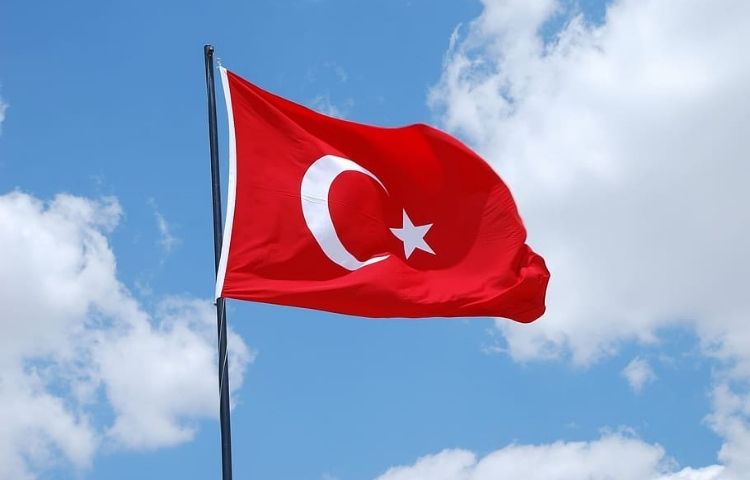 Flags are significant symbols for each country, symbolizing its people, history, objectives, and values. A flag also represents a government, as well as the facts and principles that it upholds.

Flags come in a variety of colors and styles to help identify between nations. If you see a national flag flying in a region outside of its home country, it signifies the government is involved in the ownership of a project or activity.

The flag’s colours and designs have a deeper meaning. The Red and White Flag are used in various countries. Each hue has at least one underlying meaning.

Meaning of Colours On The Flag

The use of red and white on a flag is frequently related to similar themes or symbols. White denotes peace and unity in most countries that utilise these colours, whereas blue represents values such as bravery, justice, loyalty, and perseverance. The color red is often associated with a country’s suffering. These hues can have distinct connotations in various circumstances. The red color, for example, is utilized in North Korea to express animosity toward Japan’s historical occupation.

Red is a hue that can be found in practically every colonial country. It represents the bloodshed that occurred during the revolution. It also represents the struggle for independence from colonial masters in terms of strength, force, energy, and conflict.

Now that we have known the significance of red and white colours in flags, let’s jump to our list of Top Ten Countries With Red And White Flag

The flag has a round disc in the center and is white. Its formal name is “nissaki,” which roughly translates to “sun-mark flag,” but it is more generally known as “hinomaru,” or “sun circle.” The sun disc, which is what “hinomaru” refers to, is a crimson insignia in the middle of the flag that represents the sun. Although the origin of this emblem is uncertain, similar motifs were painted on folding fans by Japanese royalty as early as the 13th century.

The Canadian Flag, often known as the Canadian Flag or the Maple Leaf Flag (l’Unifolié in French), is a red field with a white square in the center in which a stylized, 11-pointed red maple leaf is displayed. Against all odds, a bipartisan committee of the Senate and House of Commons approved for the current flag in 1964. After months of debate, the final design was accepted by Parliament and royal proclamation on February 15, 1965, and became Canada’s official national flag.

George Stanley, dean of arts at the Royal Military College of Canada, was a key figure in the design of Canada’s flag. Two sketches are included in his March 23, 1964 letter to Matheson. One is divided vertically into equal pieces of red, white, and red, with a red maple leaf in the center. With three maple leaves on one stem, another is divided horizontally in the same colours and proportions. Stanley, like Duguid, emphasized that Canada’s colours were red and white. He favored a single well-styled maple leaf since it expressed unity and was instantly recognisable as a Canadian symbol. He was also a supporter of traditional symbols and simplicity.

The Polish flag is made up of two equal-width stripes, one red at the bottom and one white at the top. The colours come from the Polish flag, which features a white eagle on a red backdrop. Although the eagle was taken from the flag in the Middle Ages, white and red became the traditional colours of Poles. Because the Polish people’s identity has been tested countless times throughout the centuries, these colours have always been significant to them, regardless of the present political circumstances.

Although white and red had been connected with Poland since the Middle Ages and were emphasized on royal banners, they were officially adopted as national colours in 1831. They are heraldic in nature, derived from the tinctures (colours) of the coats of arms of the two constituent states of the Polish–Lithuanian Commonwealth (the White Eagle of Poland and the Pursuer of the Grand Duchy of Lithuania, a white knight riding a white horse, both on a red shield).The symbolism of these colours can be interpreted in a variety of ways. It could represent a white eagle flying over the sunset, or a link between the human spirit and the blood shed in the fight for freedom. Another perspective is that the Poles want to live in a peaceful and socialist society.

Denmark’s flag is crimson with a white Scandinavian cross that extends to the flag’s edges; the cross’s perpendicular portion is removed to the hoist side. The kings of Denmark have used a flag with a white-on-red cross since the 14th century, according to the Denmark Flag. Denmark’s flag was recognised in 1219. The current Danish flag has a percentage of 28:37. The flag features a red backdrop with a white Scandinavian cross that reaches to the flag’s edges. This white cross serves as a symbol of Christianity. The two colours stand for red strength and bravery, as well as fearlessness, and white truth and especially peace.

In contrast to the pagan Estonians, the Danish flag is regarded as a message from God of his provision for King Valdemar II, according to the institution. The flag was not unique to Denmark, according to modern references based on evidence. Switzerland and Savoy were two minor states of the Holy Roman Empire that used identical flags. The imperial war banner of the empire was designed in this manner, with a crimson field symbolizing warfare and a white cross symbolizing the holy reason for the conflict.

The Indonesian flag’s colours are red and white. It has a simple design, with a red horizon strip that is somewhat narrower than the white horizontal strip below. As previously said, there are various perspectives on why these colours were chosen. Indonesians, on the other hand, have always used these colours as ceremonial colours. Mixing red sugar with white rice, a staple of the country’s cuisine completes the dish. The flag is strikingly identical to Monaco’s national flag, with the main difference being the measurement ratios.

On the occasion of the Indonesian Declaration of Independence on August 17, 1945, the flag was adopted. The colours were taken from the Majapahit Empire’s flag, while the symbolism can be traced back to legends. The Dutch flag, which featured red, white, and blue stripes, was flown from the 1600s until 1942. Later, from 1942 to 1945, the regal Japanese flag was flown. However, as the country gained independence from Dutch occupation, the red and white flag was accepted and has been in use ever since. The flag is officially known as the Sang Saka Merah-Puthi, which translates to “lofty bicolor red and white.”

Switzerland’s flag features a white cross in the center of a square red arena. The Swiss cross is distinguished by its white color. Switzerland’s flag arms are regular, with a distance-to-width ratio of 7:6. In 2017, a 5:8 ratio was established for the cross in relation to the turf. Since its founding in the late 13th or early 14th century, the Old Swiss Confederacy has employed the white cross as their arena sign.

Many Swiss militaries served in both the imperial army and their own cantons. In 1240, Schwyz, one of the three founding confederated territories that constituted the present Swiss Confederation, placed a tiny white cross in the upper hoist corner of its crimson flag. More widespread use of the sign by the Swiss confederates may be traced back to the Battle of Laupen in 1339.

On a red background, the Republic of Turkey’s flag has a white star and crescent. The Turkish flag is a direct descendant of the late Ottoman flag. The flag was introduced at the beginning of the 18th century, but it was not until 1844 that it received its ultimate design.

Throughout the 18th century, the Ottoman flag was widely used. The flag provided the inspiration for the current Turkish flag. When the Republic of Turkey was established in 1923, it took over the Ottoman Empire’s last flag. The Turkish Flag Law, which detailed the precise scopes of the flag, was presented throughout the following time. The flag’s careful shadow of deep red was also established in this statute. After minor adjustments to the Ottoman flag, the current flag design was adopted in 1936.

England’s flag is a white rectangle divided into four equal portions by a crimson cross. The flag has a 3:5 proportion, meaning that the breadth of the flag is 5 times the height of the flag. The colours on the English flag represent white for peace and red for bravery and toughness.

The St. George’s Cross was first used as a sign of the ‘warrior saint’ Saint George throughout the Middle Ages. This was based on a legend of St. George defeating a dragon who was terrorizing a community and demanding human sacrifices, including the lovely princess.

The Cross and, in particular, its relationship with St. George, are thought to have originated in the Republic of Genoa. In the 12th century CE, Genoa’s rulers designated Saint George as the city’s patron saint. It became a famous symbol among the Christian forces during the Crusades.The St. George’s Cross is commonly credited to Richard the Lionheart for bringing it to England. It may have even been a tactical decision to use it as the sign of England on the British Navy in order to imitate the more formidable Genoese Navy and prevent pirates from attacking British ships.

Singapore’s flag is made up of two flat parts, red on top of white. The red of the Singapore flag depicts the universal group and equality of man, while the white denotes pervasive and eternal purity and morality. A white semicircular moon and five white stars make a ring in the upper left corner. The five stars represent democracy, peace, progress, justice, and equality as values.

In the nineteenth century, the British government dominated Singapore. The flag represented the Settlements, which covered three gold crowns. Following Britain, the land was taken over by the Japanese. Singapore became an independent Crown colony and adopted its own flag following WWII. The flag was changed from the Straits Settlements flag to one with three crowns instead of three.

When we think of the Austrian flag, we think of national pride, because a flag is something that represents a country. Citizens can wear the national flag, which is designed with special meanings for its colours and symbolism, to display their patriotism. The design of Austria’s national flag is only changed in the event of historical events, and its destruction is considered a crime.

The Austrian flag, which was adopted in 1918 and is attributed to Duke Leopold V, is a crimson shield with a white middle stripe set horizontally. There are a variety of origin myths for different countries’ flags, and the story behind the Austrian flag involves blood and gore. It is thought that during the Siege of Acre in 1191, Duke Leopold V was severely wounded and was bleeding profusely to the point where his shirt was covered in blood. However, after he withdrew his blood, he left behind a strip of unsoiled material, which served as the inspiration for the horizontal white stripe in between the crimson ones.