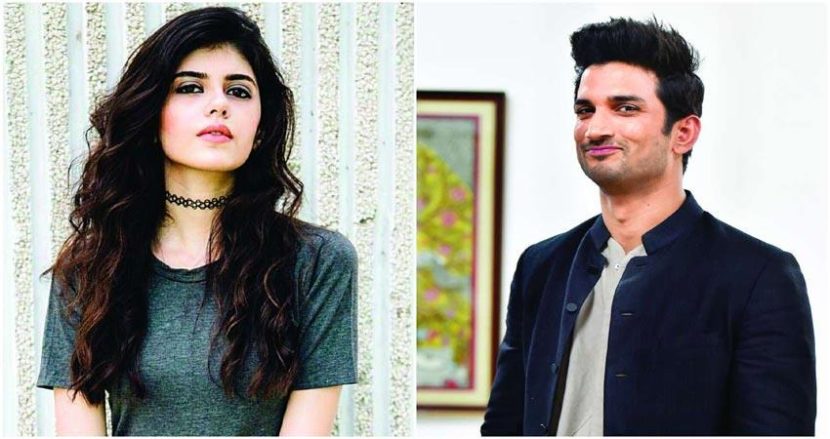 Everything About Sexual Harassment Accusations Against Sushant Singh Rajput

#Metoo campaign has taken a front stage in Bollywood and every day new face is being uncovered and accused of sexual misconduct. Among a deluge of Bollywood stars accused of sexual harassment, one more name that has come to the forefront is that of Sushant Singh Rajput. To have a brief know how of what actually happened you ought to go through the post thoroughly. Here is everything about sexual harassment accusations against Sushant Singh Rajput.

There was a report that was published in DNA on August 22 which claimed that Sushant had become ‘extra friendly’ with Sanjana on the sets of the film which reportedly made the actress uncomfortable. It read as follows, “Sushant was trying to be ‘extra-friendly’ towards newbie Sanjana Sanghi. On one occasion, she seemed to have got uncomfortable and apparently brought it to the notice of her parents, who reportedly told her to return to the set only if she felt she should. One hears that as of now, shooting has come to a standstill.” Sanjana has not reacted to allegations against Sushant yet.

Sushant Singh Rajput has clearly denied that he has not harassed his co-star Sanjana Sanghi. He is working with her in the hindi remake of the popular Hollywood film Fault In Our Stars, that is, Kizie Aur Manny. So as to prove his words, he has come forward with the screenshots on Twitter of the conversation between him and her.

Sushant claims that there is a ‘personal agenda’ in maligning his name via such rumours. He says, “The last thing worth doing is to defend yourself of the fiction created by an agenda. People using this much required campaign for their personal agenda is too much to ignore. So here is the text conversation with Sanjana till the time I shot for the film. I let you decide.” He shared this tweet on Thursday night. It was later found that he had deleted the tweet. In his tweet Sushant Singh Rajput wrote, “ I feel sad to reveal personal information but it seems that there is no other way to state what was, in the midst of this curated and well timed smear campaign. From the first till the last day of the shoot, this is what happened on the Set with Sanjana.

These are the screenshots that show a very friendly chat between Sushant and Sanjana. In this chat they are talking about being excited to shoot for their films. Also, in this chat they are complimenting the performance of each other. The chat starts from July 9 and ends on August 22.

Many people have also being pointing fingers on Sushant’s Twitter verification badge. Sushant’s Twitter verification badge no longer appears as it used to and it seems that it has been taken away. However, the innocent actor has a decent clarification for that too. The actor says that his account has been without a verification badge since September 5. In support of this, Sushant Singh Rajput writes, “And for all those deliberately using the missing of Twitter ‘blue tick’ to substantiate their false claims, allow me to tell you that it is not there since 5th of September. Get your facts checked before jumping to conclusions that you so eagerly want to.”

The director, Mukesh Chhabra, of the film has come in support of the actor. He said, “All this speculation is a figment of wild imagination,”. “We are shooting in Mumbai after wrapping the Jamshedpur and Ranchi schedule. This has been an absolute joyride and we are cruising ahead like one big happy unit.” Mukesh again shared a tweet in favour of Sushant.   The tweet says, “I totally stand by @itsSSR – no such incident happened on the sets and let’s not have a Twitter trial and make an innocent person suffer for somebody else’s ulterior motives I had clarified this on twitter long back and I still maintain it.”  You will be astonished to know that Mukesh has been accused of sexual harassment himself by two women.

All in all, this is everything about sexual harassment accusations against Sushant Singh Rajput. I hope this post is a good thread of all the events that have taken place in this controversy.