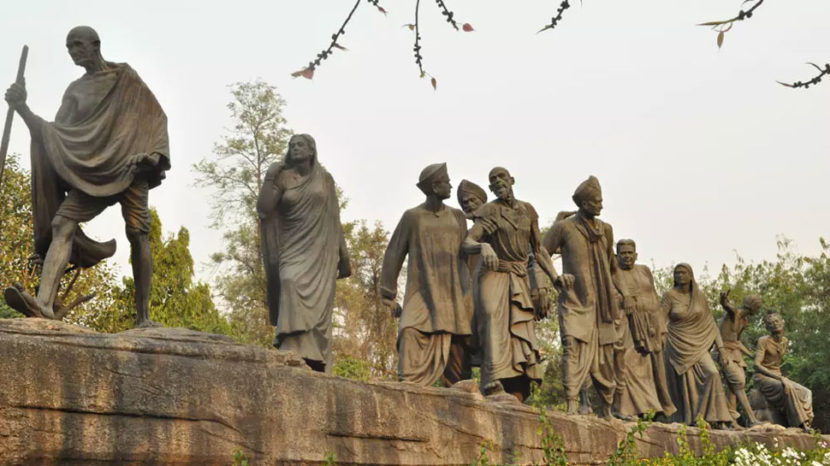 Independence Day of India is celebrated on 15 August every year. It is the day which symbolizes the long struggle of our freedom fighters for freedom from the clutches of British Colonization after almost 200 years. India finally got its Independence at the dawn of 15th August 1947. The Prime Minister of India delivers Independence Day speech from the historic Red Fort, Delhi every year on 15 August and unfurls National Flag. Also presiding over the various cultural performances by school students and Independence Day parade by all the three armed and paramilitary forces of the country. It is the moment of pride to all the citizens of the country when our armed and paramilitary force exhibits their exemplary courage and bravery. Since 1947, every year 15th August marks the day when finally all our efforts borne fruits. On this day patriotic songs are sung by school children and they perform different plays, skits, dance performances etc on the various event of the freedom struggle. The celebration of this day aims at creating awareness among the citizen of our country of the great freedom struggle and sacrifices that led to the freedom of our nation. Different programs at local, state and national level are held throughout the country in every nook and corner. Independence Day is celebrated as the gazetted holiday at the center as well as at the national level; businesses are also shut for the day. People observe this day as the holiday and indulge in different activities like some go out for a picnic, shopping and come to watch the parade at the Independence Day. It is the day of national pride and patriotism. Independence Day is celebrated throughout the country with great zeal and enthusiasm. People start preparing for this day from months beforehand. Markets also come up with offers during the Independence Day. There are special offers on this day. People celebrate the day with family and friends enjoying together and soaking up in the fun & frolic activities. It is a day to be celebrated; it reminds us of the importance of freedom and the sacrifices our freedom struggle fighters went through to witness the dawn of freedom.

Next article - Raksha Bandhan – The Bond of Protection »