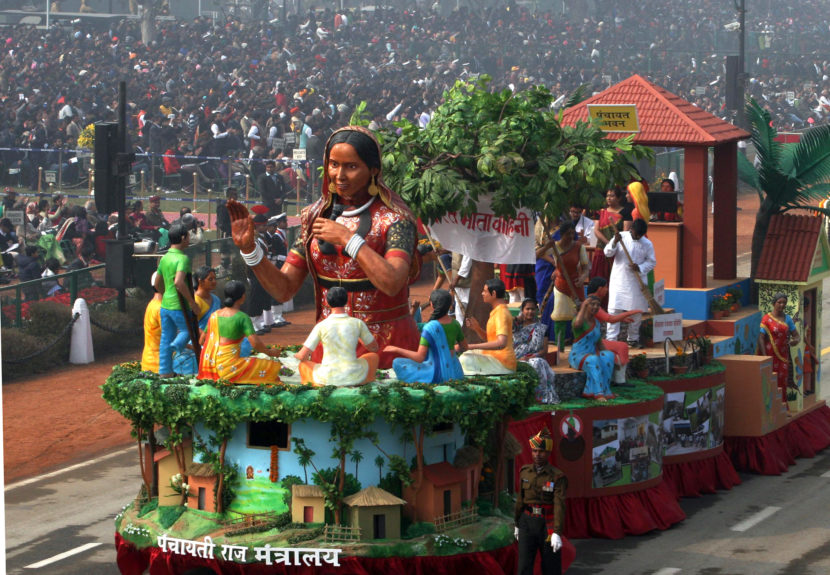 On every occasion we are fond of celebrations and if it is a national celebration like Republic Day then the charm is even greater. Like on other occasions people organize parties and events, on January 26th also many events are organized. On these events there are some ingredients that are more or less the same. There is a Republic Day speech, a patriotic play and few games. Today we are here we the game ideas. Here are the most creative Republic Day game ideas.

One of the best games to play On Republic day events is marking the map. All you need to make students or guest play this game is the political map of India. You need to distribute the same among the people present and allow then 60 seconds to mark the sates they know, the one who is bale to mark maximum states correctly needs to be declared the winner. As a prize you can present a huge world map that has all the important places marked on t. you can also divide the players into two teams and collectively ask them to mark as many states as they can.

This is another fun game that you can make your guests play. all that you require to play the game is two Flag poles, two Indian National Flags, two Flag stands, two 10 meter flag rope and two bags of flower petals. Team up your guests into two teams. Hide the aforementioned things somewhere within the party hall. The team members are required to find all these things and then form the desired structure of the flag and at the same time hoist the same. The team that doe it is less time wins the game. To avoid making it a lengthy task, give teams 3 minutes to do all this. At the end of 3 minutes, the team that has done the maximum work wins. Winner can be awarded with a badge that has an Indian Flag drawn on it.

One of the most creative games that can be played on the occasion of Republic Day is slogan writing. There are many freedom fighters who have given slogans that are still alive amongst us. We can hear them at several places. You can also hand over your guests the pencil and paper and ask them to get creative. For this you can give them one minute and prohibit the use of internet so that they do not take ideas from there. At the end of one minute revolve the empty bowl around the room in which guests can put their slips in which they have written the slogan and mentioned their names. While you make them play other games appoint a person who can evaluate which slogan is the best. Reward the winner in any form you like.

The freedom fighters of India have written a plenty of slogans to mark the importance of Republic Day of India. You can create a puzzle for the guests and take a print out of the same. The number of print outs ought to be equivalent to the number of guests. Ask them to match the slogans with the personality who has a mind behind the same. One who gets the maximum answers right wins the game. You can reward the person with a packet of sweets. Here we have a puzzle that we have created for you. You can simply take the print out and half your work is already done. Give players only 1 minute to solve the puzzle.

The puzzle questions goes as follows:

Correct answers to the above puzzle are as follows:

All in all, these are the Most Creative Republic Day Game Ideas that you can include in your celebrations without raisin the expense of the event. If you have more ideas you can drop us a comment in the section below.