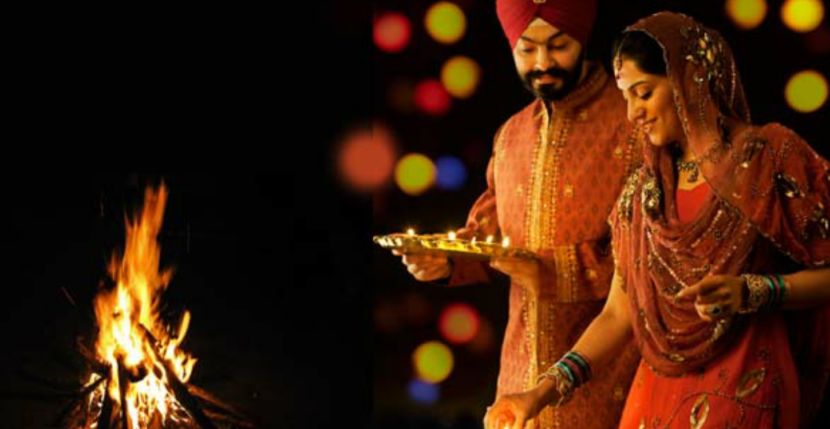 Must Know Facts About How to Celebrate Lohri

All of us are surely aware about how grand the festival of Lohri is for people of Northern India. However, not many of us know the exact tradition of Lohri. There is a question in mind of many of us. How to celebrate Lohri? What are the traditions followed on Lohri? Why is Lohri bonfire significant? Today we are here to answer all these questions. In this article we are going to thoroughly discuss the must know facts about how to celebrate lohri. In a sequential manner we will cover all the varied aspects of Lohri celebrations. Beginning from the early morning rituals to the late night parties we are going to cover each and every aspect that holds relevance in Lohri celebrations.

As a tradition, on the day of Lohri, early in the morning all the children of the society gets together and then go from one door to another. While they do so they sing the lohri folk songs and ask for the “Lohri loot.” Lohri loot comprises basically of the traditional Lohri snacks or money or both. It ideally depends of the household as to what they wish to acknowledge the presence of these children outside their door cutely singing the Lohri songs. You must know that it is not compulsory that every household ought to offer these children something but usually it is a good sign of blessings. Not only children but house owners also wait for these children to come to their house and give then the Lohri loot. This is the morning Lohri ritual.

In the evening, all the members of the community gather at one open spot with their family, relatives as well as friends. Here they light the bonfire. As a symbol of brotherhood, all the families of the community help in gathering the wood for the fire and together decorate the bonfire and make the necessary arrangements. The bonfire is basically the symbolic representation of Agni, the God of Fire. This is a way of showing gratitude to the fire as it provide its warmth to survive the chilling cold in the winters.

It is believed that the flames of the fire are the carriers of messages of warmth to the sun. due to this reason the day that follows LOhri, January 14 th is  celebrated as an auspicious occasion of Makar Sankranti. When all mark their presence the bonfire is lit. In some regions the following day of Lohri is areferred to as Maghi. The term implies the beginning of the New Financial Year. As a custom all those present near the bonfire throw various things into the fire. These items usually consist of the puffed rice, popcorn, rewri, sesame seeds, jaggery, peanuts, sugarcane, gajak, and chikki.

While singing  “Let purity come, dirt depart. Dirt be uprooted and its roots Cast in the fire,”people throw the sticks of sugarcane in the Lohri fire. Soon the aroma of the burning sugar begins to spreads into the atmosphere.  In addition to this people also throw sesame seeds into the Lohri fire asking for sons. It is said that as many sesame seeds as the elder brother’s wife throws into the bonfire, the younger brother’s wife bears those many sons. Due to this reason if a house has a new-born son or a newly wed man then Lohri is celebrated with double the enthusiasm. In addition to this the sweets that are made of molasses and sesame seeds are distributed among friends and relatives

While people throw the above mentioned things into the fire they sing the folksongs that are related to the pious festival of Lohri. The first song to be usually sung is “aadar aye dilather jaye” this means may honor come and poverty vanish. This is sung as a humble sign of not only respect but also appreciation. People then seek the blessings of success as well as prosperity in the forthcoming financial New Year for the farmers. Punjabi women go around the fire and sing the most popular Lohri folk song, “Sunder mundriye ho.” The song goes as follows:

This particular  song tells the story of  “Sunder Mundriye,”  and praises Dulla Bhatti who was a savious for the people of Punjab while Mughal Emperor Akbar was in reign.

All in all, these are the Must Know Facts About How To Celebrate Lohri. Having a thorough know how about the same it will become easy for you to participate in the celebrations. If you are a girl you can go in for wearing the traditional Punjabi dress on this festival and all the Punjabi Dress Accessories to completely immerse into the feel of this celebration. Also, make efforts to learn the aforementioned folk-song so that you can participate in the same.

Next article - Top 10 Famous Saying on Republic Day of India »