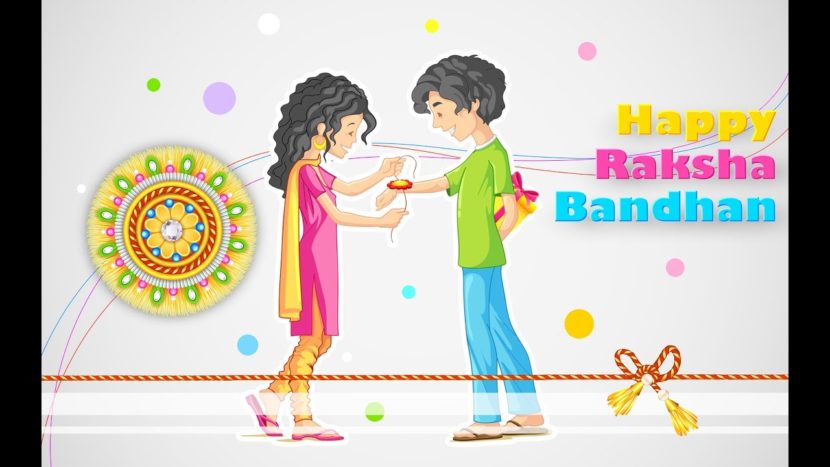 Raksha Bandhan is a unique festival among the many festivals in India which celebrates the lovely bond between brother and sister. Raksha Bandhan is the festival of love and affection which is celebrated with great joy and enthusiasm. On this day sister ties thread, called Rakhi around the wrist of her brother and prays for his long life & well being. In this digital world sister also celebrate this day by sending Raksha Bandhan images their brothers or vice –versa also. Raksha Bandhan festival is celebrated every year in the month of Shravan on the full moon day which is also called as Purnima. It is the festival of the year which sisters wait eagerly to get gifts from their brothers on this day. On tying rakhi on their brother’s wrist, brothers present the gift to his sisters. This festival is celebrated throughout the country with great love and affection, celebrating the love of siblings. The festival of Raksha Bandhan is thousands of years old and it has many mythological stories associated with the festival. One of them is of Lord Krishna and Draupadi. Once during the war with King Shishupal Lord Krishna got hurt and that’s when Draupadi tied a torn cloth from her saree on His wrist. Moved by this gesture of sister Draupadi’s care, concern & affection Lord Krishna promised her to be with her in the hour of the need. Years later, when Pandavas lost Draupadi in the game of dice with Kauravas, who tried to remove her saree Lord Krishna helped her by lengthening her saree so as not to let kauravas remove it. Now in this digital age, we are living in, the simple threads of Rakhi are being replaced by modern designer rakhi’s and there are a lot of designs in rakhi for sisters to choose the best to tie around the wrist of their brother. Even sitting miles apart sister can send their brother rakhi through digital social media platforms. Technology has made life much easier for sibling distanced by miles but together by heart. Raksha Bandhan is the day of the celebration of love.

Next article - Top 10 Most Loving Quotes for Brothers this Rakshabandhan »