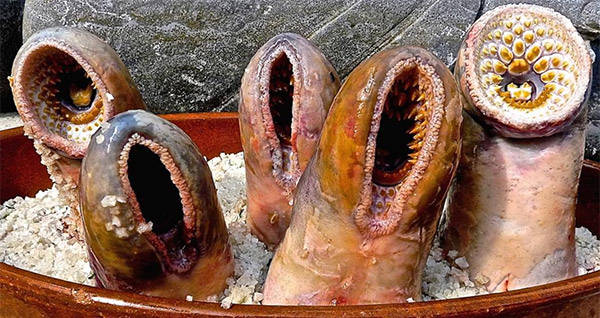 The modern cuisines are evolved versions of the rudimentary food recipes that had been developed during the medieval times. Even though the forms and processes of food preparations were elementary, they were still delicious. Unlike many other medieval processes, the royal chefs of King Richard II had written their recipes in the book called ‘The Forme of Cury’. Originally written in the scrolls, this book is available today for the masses in Project Gutenberg. Some of the delicious recipes out of the 196 recipes are described below.

It was a simple soup of mushrooms and leeks with saffron. However, the catch is adding a mixture of spices names as ‘powder fort’. Powder fort was a concoction of several exotic spices like cinnamon, cloves, pepper, ginger, etc.

A treat for the royal guests, Cormarye is chunks of roasted pork loins in a sauce that is rich and exotic. The ingredients of the sauce consist of red wine, caraway spices, and coriander.

It is a spin-off of the modern-day jam and toast. The jam, in this case, is a condensed brew of red wine, honey, salt, pepper, and ginger. This jam-form is spread over toasted bread and sprinkled with chopped ginger.

Often termed as the medieval candy, PaynRagoun is a sweet dish that was served along with fish and meat. It was prepared by simmering a mixture of water, sugar, and honey. Ground ginger and pine nuts were also added to bring in its authentic taste. The batter was cooled in molds before serving.

This dish has been in the favorite list since the medieval times and its preparation is still the same. However, it was not served in breakfast but was mass-produced to serve in the banquets along with the special sauce.

The modern salsa verde is a direct descendant of this dish. The medieval form of this modern Mediterranean recipe had parsley, thyme, mint, garlic, ginger, sage, pepper, cinnamon, vinegar, wine, and breadcrumbs. Salt was added to the mixture and served as-is.

The medieval English crepe was quite different from the version of crepes that we have today. It was a baked version of flour dough and egg-whites with sugar rolled over it upon cooling. They resembled modern powdered cake or doughnut.

The least extravagant of royal cuisines, compost composed of left-over veggies simmered until soft and served with sauce. The vegetables primarily used were turnip, parsley roots, parsnips, carrots, radish, and cabbage and diced pears. Saffron, vinegar, salt, and pepper were added to bring in more flavors.

It is the medieval form of bread pudding that is still consumed all over the UK. The earlier version of the recipe consisted of oil-fried bread soaked in a syrup made of egg-whites, red wine, sugar, ginger, cinnamon, cloves, raisins, and honey. Sugar and coriander were sprinkled on top of it.

It is a rice pudding with almond milk. Semi-boiled rice was simmered in almond milk and cooked further with sugar and honey till the whole mixture thickened.