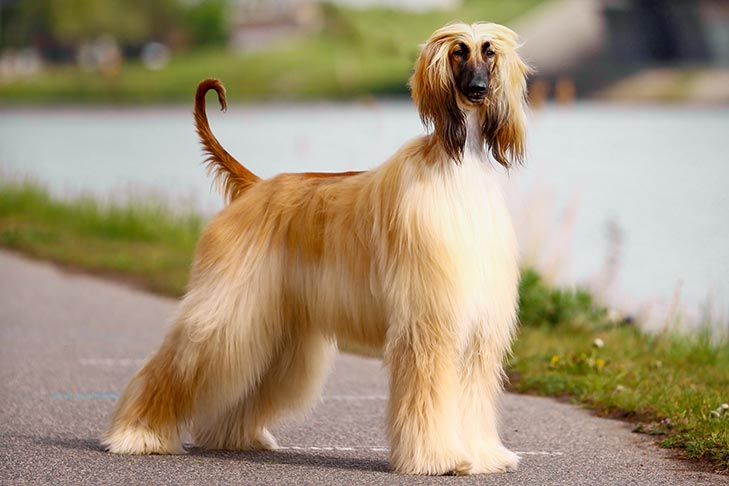 People can opt to weave their hair, leave it straight, or accessorize it with braids or dreadlocks. Dreadlocks are not only popular among humans. However, there are some animals that also develop these rope-like strands of matted hair.

If they have extremely thick hair that easily coils, mattes, or forms long braids, they may opt for natural dreadlocks. New hair will continue to grow in that tangled pattern after a dreadlock forms.

Dreadlocks are not always a result of blatant hair neglect. Numerous creatures, including horses, yaks, some dog species, and alpacas, grow fluffy dreadlocks and matted, hairy coats. Given below are the top 10 animals with dreadlocks:

Sheep of the English breed Leicester Longwool. A medium to large breed, they. The US, Great Britain, Australia, and New Zealand are among their home countries. Large animals, English Leicester sheep are. They lack forehead horns and have a wedge-shaped face covered with white hair. The fleece has a characteristic gloss and is curled and silky. It is a sheep species that is seriously threatened. It is raised mostly for its meat and wool.

The domestic goat breed known as the Angora is indigenous to Asia’s Angora region. They are the only type of goat to generate a fiber that is in high demand, similar to that of sheep. The “mohair” that angora goats generate is smooth and shiny, and it is stronger and more elastic than wool. The thick, curly coat of the Angora goat makes it simple to confuse them for sheep. The Angora is a lovely animal to look at and is often smaller than other domestic goats and sheep. Their ears are long and droopy.

These Yaks are living proof that dreadlocked animals serve important functions in addition to being attractive. This enormous breed of cattle, which is predominantly found in the steep areas of the Himalayan Plateau, aids in the transportation of food, products, and people by serving as a method of transportation. They are covered in a thick fur coat that provides insulation; these hairs reach beyond the yak’s belly and resemble dreadlocks.

Dogs are frequently kept as a means of maintaining and protecting livestock. The Komondor, on the other hand, has been developed and conserved for countless generations as the ideal guardian of livestock because of its exceptionally predator-repelling construction.

As is the case with the Komondor, animals with dreadlocks typically have lengthy, clumpy hair. The thick white hair gives the dog a big profile that is necessary to deter predators. The coat typically develops in the shape of long dreadlocks, giving off the appearance of a mop and earning the moniker “mop dog” with justification.

Alpacas or camel-like animals, Suri alpacas are a rare species. There are barely 2,000 Suris left in the world, making up approximately 5% of all alpacas. They are indigenous to South American nations including Bolivia, Chile, and Peru. Unshorn Suris are referred to as “wasis” in Peru. Some alpaca breeds, like the Suri, have dreadlocks on their natural coat.

These animals have fur that reaches the ground in its entirety. They have a long, free-hanging fleece that resembles dreadlocks and hangs close to the body. It is both dense and fine. Instead, hair hanging down, their dreads can be wavy or twist to either side thanks to the spirals that have formed in the lock.

This breed is Hungarian in origin, as its name suggests. These medium-sized dogs are used largely for herding; because of their high intelligence and energy levels, training should start when they are 4-6 months old because of their extreme loyalty to their masters.

These dogs are great herders despite their diminutive stature, and their long, curly dreadlocks that reach the ground give the term “animals with dreads” a whole new meaning.

Spanish sheepdogs of the general-purpose Spanish Water Dog breed. They make excellent guard and herding dogs. It is adept in retrieval from water and is also employed as a gundog. These canines have gorgeous wooly curls on their brownish-golden coats. They are a breed of active, vivacious dogs with natural herding skills. These dogs make wonderful household pets.

As a result of their exceptional ability to sprint quickly on the snow, which made them excellent hunting dogs, this type of dog was originally bred in the chilly mountains. The Afghan hound, which originated in Afghanistan’s hills, is tall and powerfully built, with a strong prey drive that makes it ideal for hunting.

If there is a threat, these dogs will defend their owners; otherwise, they are quite affectionate. They have a peculiar appearance as a result of the breed’s rarity, the cold temperature, and the long, thick, and silky coat of hair that covers the dog’s body and reaches the ground.

These donkeys are described as being ancient. They have been used for a long time to convey military supplies during wartime and for other agricultural purposes. They have dreadlocks, which are a long, thick coat that can reach the ground.

Only the wealthy French farmers can own these donkeys, whose population density has now returned to normal after being on the edge of extinction due to assiduous conservation efforts.

The Bergamasco Shepherd is a breed of sheep herder that was developed in the Italian Alps. They have a medium to large build with a massive head and strong bones, which enables them to ensure that the cattle is safeguarded at all times. They are also very devoted to their master. The dog has thick, mat-like dreadlocks on its backside, while wavy ringlets cover the front of its body.

These were the Top 10 dreadlocked animals. There are other additional varieties of dreadlock sheep, dogs, and even hamsters; each of these creatures certainly merits a spotlight due to their distinctive characteristics and any usefulness that they may offer to the world. We hope that this information has aroused your curiosity regarding these unusual critters.

Next article - 10 Most Famous Volcanoes In The World »