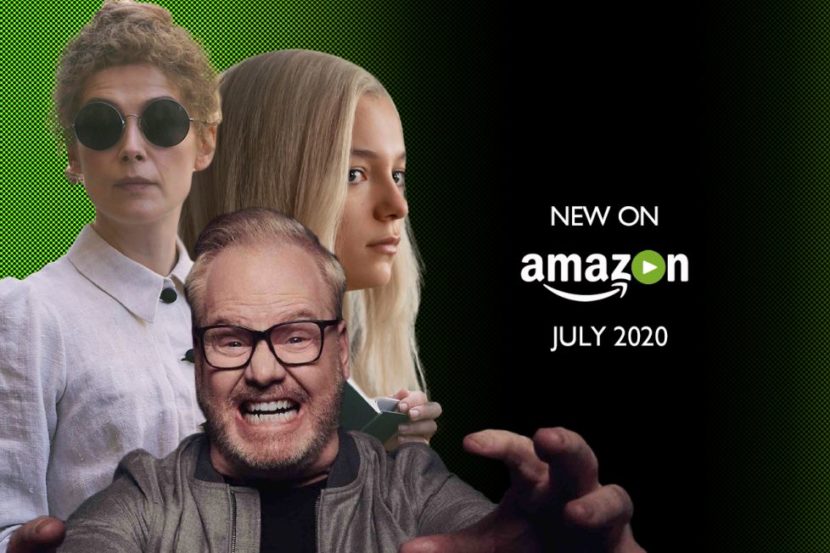 There are millions of shows available on Amazon Prime Video that you can watch. However, with the latest additions to the platform, there are more shows to watch then you possibly can. Thus, it is important to shortlist the ones that are worth your time. Here are the Top 10 Best Shows On Amazon Prime Video July 2020 that you can watch one after another:

Good Omens is one of the must-watch shows on Amazon Prime where Michael Sheen features as an angel while David Tennant is a devilish demon. Despite the difference in characters, the two strike a friendship that lasts forever.

2. Tales from the Loop

The show derives inspiration from the famous paintings of Simon Stalenhag. It is a sci-fi anthology exploring the lives of people living above “The Loop.” You will see Rebecca Hall, Paul Schneider, and Jonathan Pryce as the star cast of the show.

Hugh Laurie will lure you with the fantastic performance where he demonstrates the characteristics of being not only selfish but also inconsiderate. This is one of the long-running shows having eight seasons to date.

The show exhibits a terrific story line in five seasons to date having the capability of sticking you to your screens watching one episode after another. The world of fantasy is going to carry you to another sphere where you are sure to forget about the worries of day to day lives.

Orphan Black has five seasons to date blending the futuristic genetic technology with the stunning action and the family drama. All the episodes of the show promise to carry you to a fictional world of complete entertainment.

This show has been a great hit amongst the audience for the last five years. The attention to the fine details in the show is what keeps the audience hooked to the show. This is undoubtedly one of the best shows on Amazon Prime Video that you can enjoy binge-watching.

There are four seasons of the show that revolves around the journey of being a first-time parent. The comic aspect of the show promises to keep you entertained.

8. The Man in the High Castle

This is a sci-fi by Philip K. Dick revolving around the 1962 novel when the world was under the Nazi rule. The show grips you with the historical relevance with alterations to reality.

If you love watching plenty of wealthy men on a single screen then this is the show for you. The show is a British corset drama.

A perfectly written script and stupendous performances are the two crucial factors that hook the audience to this show. This show is a perfect blend of crime, comics, and drama.

All in all, these are the Top 10 Best Shows On Amazon Prime Video July 2020 that are binge-able. These are all interesting and bring forward to you the best cast keeping you hooked to your screens.

Next article - Top 10 Must Known Facts About Shravan Maas »