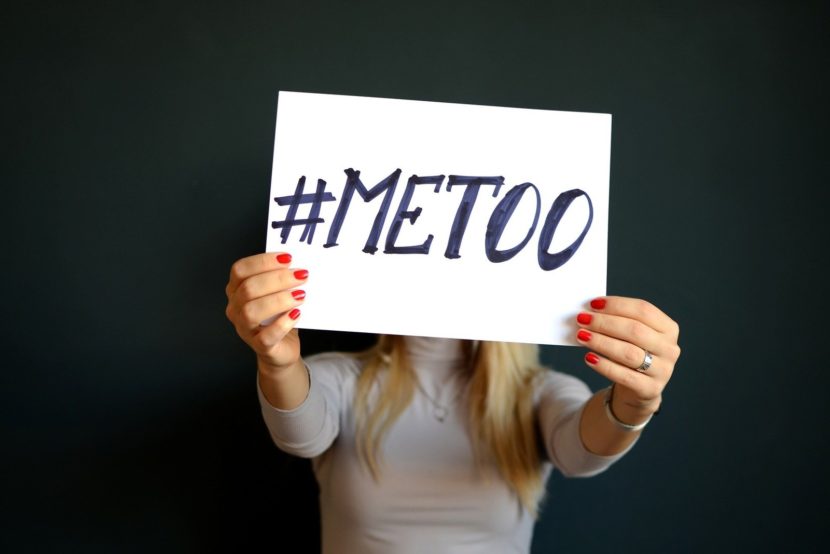 Top 10 Celebrities and Their Views on MeToo Movement

With the storm that came with the Tanushree Dutta Nana Patekar Sexual Harassment case, many other names have also been exposed. The #metoo campaign in Bollywood has given a platform to many to come out with the horrendous stories that they have experienced and lived. Apart from the sufferers t has also given other celebrities a chance to voice against such activities in the industry that gives them a livelihood. Here are the top 10 celebrities and their views on #MeToo Movement.

Tanushree’s Brother-In-Law, Vatsal Sheth have something to say on Tanushree Dutta – Nana Patekar sexual harassment case. Vatsal Sheth is married to Tanushree’s sister Ishita. He says, “It is very brave of Tanushree to come out and speak about the incident that she faced. I also got to know recently from Ishita what had happened as I was not aware.” Also he says, “I am very glad that she is getting a lot of support, not just from Bollywood but everyone. Yes, I do see changes happening around. Certain things which were happening in the industry needed to be corrected or stopped.”

2.Swara Bhasker on #metoo in Bollywood

Swara says, “I am part of a sub-committee which is formed by CINTAA which will conduct workshop regarding awareness against sexual harassment at the workplace for its members. We have total 24 unions in our industry and it has more than 5 lakh members in it so we will try to work together on this front with these unions.” She goes on to say, “When you hear about #MeToo stories then, you will realize that cases of sexual harassment at workplace are like an epidemic. It is like a disease so, awareness regarding that is really important so through this sub-committee, we will generate awareness among our members.”

The popular actor Arbaaz Khan says, “I fully support the #MeToo movement. Sexual harassment survivors should get justice but we also have to take care of the fact that no one misuses this movement. The kind of atmosphere right now is that people are taking decisions based on anyone’s accusations. We need to be sensible in these cases.” He further says, “If the accused has admitted to wrongdoing, apologised for it and wants to redeem himself so, I don’t know how do we solve these things. The current atmosphere is like a tsunami. No one knows how the decisions will be taken and what will eventually happen. We need to listen to sensible people… I hope the court brings new laws regarding these cases. I hope some positive changes will emerge from this movement.”

Jackie Shroff says, “It’s unfortunate at the moment. Both of them were my colleagues. They are fighting it out in public and washing their dirty linen out there. People are watching and enjoying out there.” Further he says, “I don’t want to fan it. If they take (these men) in their films or don’t, it’s their call. If they don’t remove them, there might be an agitation. So let it rest.”

Caralisa Monteiro  is the singer of one of the most popular songs, ‘Nashe Si Chadh Gayi‘ . she has given her reaction on Allegations Against Anu Malik . she says,, “I’ve had a specific incident with Anu Malik. I had to tell him that I only work in a studio. This happened almost 15 years ago when I was starting out. I never worked with him since…Anu Malik wanted me to come over to his place to jam with him. He was insistent that I came home as that’s how it was done. And I told him if you need me to sing a song, I’m a professional recording artiste, so I will meet you at the studio, take the brief and then track. So when I met him later, I went with my dear friend Clinton (Cerejo, singer), because I was uncomfortable going alone. Everyone knew the kind of individual Anu Malik was/is.”

Supporting the accusations put against Anu Malik. She said, “Every word said and written about Anu Malik is true. I stand by all the women who have finally spoken up. May they find peace and closure in their lives.”

“Der Aaye, Durust Aaye…Never too late for this to happen. In fact, India had the opportunity to have their Me Too movement many, many years ago before it started in Hollywood or in America because our women have been speaking out ever since,” these are the words of Raveena Tandon. She  reveals that she has been through “professional harassment” in the film industry. She further says, “Yes, there is a difference between sexual harassment and being flirted with or someone making a pass at you. I hope people learn to differentiate between that. Yes, I have been made passes at and I have been wooed and flirted with. I think that is normal and that is not only in my industry.” Also, she says,  “I was never sexually harassed as I was not the one to just take it. I would give it back. But I can imagine the trauma that the young girls go through. It is so sad and disheartening to hear these stories. It angers me.” Also, she says, “I have been through professional harassment. I did lose out on couple of films. There were few women journalists, who would tarnish our reputation in their magazines or newspapers. Like, from being called a liar to delusional liar, etc. They helped the heroes.” Also she says, “They work in tandem to ruin an actress’s life.”

He said, “The #MeToo movement is a good movement, but at the same time, I feel both parties should be given equal opportunities to share their account and to prove their innocence. Having said that, I feel women should be respected and they shouldn’t be harassed. There should be stringent rules at every workplace. It is not only about workplace, but I think that the code of conduct should be followed in every sphere of society, be it our family or where we live.”

Tennis star Mahesh Bhupati, who is married to Lara Dutta, one of the best actress atht Bollywood has, has a lot to say on MeToo movement. He says, “#stopengaging . Everyone seems to be horrified about the #metoo stories but why is no one saying anything?#useyourvoice #timesup #CleanUp”

Soni says, “Living in a patriarchal society I know that such thing is horrifying for any girl and that is why the movement is a positive sign, where people are coming up with their stories. It is easy to say that if such harassment happens, walk out of your job. But people depend on that job, it is about their livelihood, a question of survival. So while we must encourage victims for coming up with their #MeToo stories, we should not judge women for not sharing their stories.”

All in all, these are the top 10 celebrities and their views on #MeToo movement. There are many more who prefer to either ignore or keep shut on such issues. However, we are counting on those who are yet to give their views on the same.