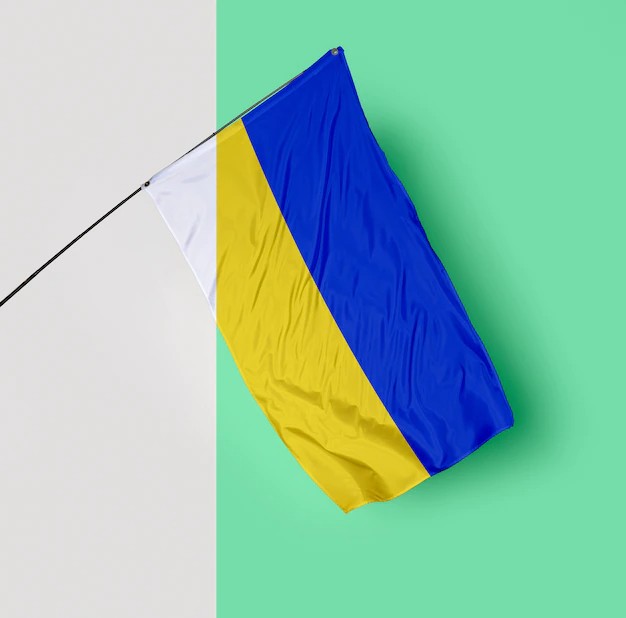 A flag is theoretically described as a rectangular or quadrilateral piece of fabric with a specific shape and color scheme. It can be used to represent a country (national flag) or a signaling device and decorative purposes. National Flags are essential aspects of any administration since they help to define the nation’s identity and significance.

The Flag not only spoke about the country’s identity but also represents the country’s history and standards. The Flag represents what people admire and fought for their country. The Flag is the sign that creates a distinction between nations. This article will discuss the top 10 countries, which consist of blue, yellow, and red colors in their national Flag.

What Does Blue and Yellow Colours Signify?

Each country’s flag has its characteristics and a design with a meaningful meaning for the country. For example, Romania, Chad, the Aland Islands, the Democratic Republic of Congo (DRC), Andorra, Colombia, Mongolia, Moldova, Armenia, and the Philippines have red, yellow, and blue flags.

Other countries employ a variety of colors in addition to red, blue, and yellow. The flag’s colors and designs have a deeper meaning. The colours blue and yellow are used in the flags of various countries. Each hue has at least one underlying meaning.

The Yellow color stands for a nation’s wealth, such as minerals, or a country’s happiness. The color yellow signifies Africa’s mineral wealth, which Europeans wanted.

Top 10 Countries with Blue, Yellow and Red Colours in their National Flag

Chad’s flag is a vertical tricolor with a blue, yellow, and red field that runs from left to right. The flag was approved for the autonomous republic by law number. 59/13, and it was kept after independence in 1960 and the 1962 constitution. However, the Republic of Chad launched a conversation in the United States in 2004, but Romania’s then-president, Ion Iliescu, stated that no changes would be made in the flag.

When Chad was still a French colony, the flag was introduced. The flag, however, did not change once the country gained independence. There was a point when there was a concern that the flag was nearly identical to Romania’s. None of these countries changed the design of their flags.

The Mongolian flag is a vertical tricolor with red stripes on both sides and a blue stripe in the center. The Mongolian Soyombo sign is perfectly positioned in the center of the left red stripe. The main blue stripe represents the endless blue sky, while the red lines represent living indefinitely. The flag was adopted on January 12, 1992, although the color scheme was not finalized until July 8, 2011.

Moldova’s flag is similarly a tricolor, with blue, yellow, and red colors and the Moldovan coat of arms in the center bar. The flag has a 1:2 ratio and the same colors as the Romanian flag, reflecting the two countries’ national and cultural affinities. The national arms are depicted on the yellow stripe of the flag. The traditional Moldovan insignia of an auroch’s head flanked by a rose in dexter and a crescent in sinister, with a star between its horns, are depicted on the blue and crimson shield on the eagle’s chest.

The flag’s colors represent three Romanian regions: Moldova, Transylvania, and Wallachia. The eagle signifies the people’s Latin ancestors, the cross represents religion, the olive branch promotes peace, and the wand represents Wallachia, a historic Eastern European area. On the chest of the eagle is a European wild aurox encircled by traditional gold emblems. The head of aurox symbolizes pride, power and independence of the people.

4. The Democratic Republic of Congo

The Democratic Republic of Congo flag is blue with a yellow star in the upper left canton, which is cut diagonally by a red band with yellow fimbriation. The flag was adopted on February 20, 2000, following the adoption of a new constitution in December 2005, which went into force in February 2006. The flag’s blue color denotes peace. The red represents “the blood of the country’s victims,” while the yellow represents “the wealth of the country.”

The tricolor flag of Romania, a country in Eastern Europe, is blue, yellow, and red. As does Chad, a central African country (the flags of Chad and Romania are very similar). The flag of the Aland Islands, a Finland autonomous entity, is similarly a red, blue, and yellow Nordic cross. The Romanian flag is fabricated of three colors: blue, yellow, and red. The width-to-length ratio is 2:3. “The flag of Romania is tricolor; the colors are positioned vertically in the following order from the flagpole: blue, yellow, red,” according to the Romanian constitution. The proportions, color hues, and flag procedure were established by law in 1994[2] and were later extended in 2001.

The Liechtenstein flag is divided into two horizontal blue and red bands, with a golden brown crown in the upper left corner. The flag has been in use since 1764 and was included in the United States Constitution in 1921. The lovely crown was added to the flag in 1937 after discovering that their banner was identical to Haiti’s civil flag at the previous year’s Summer Olympics.

The national flag of Andorra is a tricolor of yellow, blue, and red flags with the coat of arms of the Principality of Andorra in the center. The three yellow, blue, and red bars appear to be equal at first glance; nevertheless, the yellow bar has a smaller border than the other two, resulting in an 8:9:8 ratio of bar widths. The flag was designed in 1866, but after Andorra joined the United Nations in 1993, it was standardized.

The tricolour stripes are comparable to the French flag, while the central bar is similar to the Spanish flag. Because it was administered by the two countries a long time ago, the flag is identical to the flags of France and Spain. The coat of arms represents an agreement between the Bishop of Urgell and the Count of Foix that allowed Christianity to expand over Catalonia and the provinces of Bearn.

Colombia’s flag depicts the country’s independence from Spain, which it achieved on July 20, 1810. It is listed as one of the world’s yellow, blue, red flags, but the yellow component of the flag takes up half of the area, while the blue and red each take up a quarter of the space in the 2:1:1 ratio.

The color yellow symbolizes the country’s wealth, gold, sovereignty, harmony, justice, and agriculture, as well as the Sun, the source of light. The blue color represents the sky above Colombia’s coastlines and the rivers that stream through it, while the crimson color represents the blood of all who fought for Colombia’s independence, as well as the Colombian people’s efforts.

Gold, peace, serenity, justice, agriculture, and the sun are all symbols of Colombia’s wealth. The red represents the carnage that occurred during the country’s liberation war. It also signifies the people’s perseverance and determination.

The flag of Antigua and Barbuda was officially introduced to the constitution on February 27, 1967, to commemorate the country’s independence. The administration organized a flag competition for 600 residents, with Sir Reginald Samuel, a well-known artist, and sculptor, deciding on the winning design.

The article mentioned above talks about the top 10 countries having red, blue, and yellow colors in their national flag.