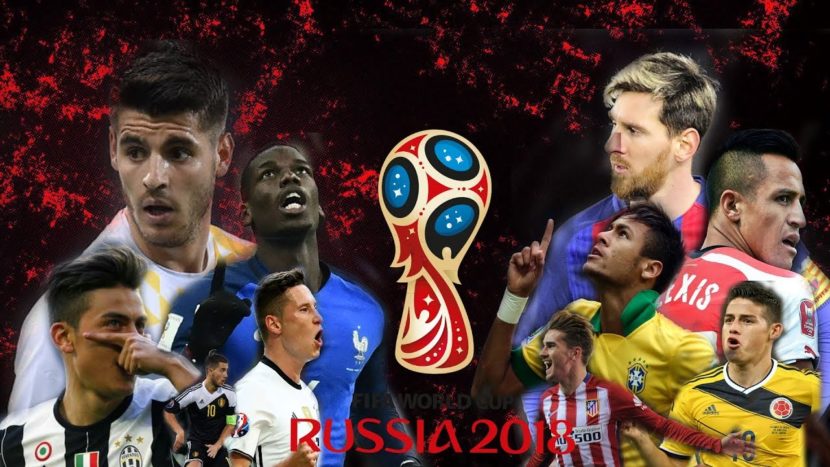 One of the grand sports festival of 2018 is being organised by the Fédération Internationale de Football Association (FIFA), FIFA World Cup which has already begun in Russia from June 14, 2018. There are 32 countries set to aim for the trophy. Here we are with the list of Top 10 Most Popular Football Players In FIFA World Cup 2018. Right from the beginning of his career in the wirld of football, Lionel Messi has been dominating the games. He has proved to be a saviour of FC Barcelona at several occasions and continues to do so. Currently, he is just 30-year-old football star who will put all the efforts to win the World Cup. Neymar Jr is the star of Brazil where Football is considered to be a religion. He is just 26-year-old and is leading his national team in the FIFA World Cup. He records 52 goals in 80 games. Cristiano Ronaldo is a dominant name in the FIFA history. Ronaldo has not won the trophy for Portugal, yet he is the best of players who has a huge fan following. He was seen as a savior at Euro Cup 2016 where he helped his team to win. He has remained a Ballon d’Or winner for 4 times.

Luis Suárez is surely one of the best players of the world. He is 31-year-old has bags 47 goals in 94 appearances. All the eyes are at Luis Suárez expecting him to make Uruguay win this World Cup trophy. Toni Kroos played the role of most important man in Germany’s midfield in the 2014 event. Even today, this  28-year-old player is being looked up to do all the miracle for his team.  He has won not only at the club level but also at the international football. Mohamed Salah has many eyes looking at him with great expectations for winning the FIFA World Cup 2018, Russia. He is one of the best players, having all the required skills on the ground in addition to the commendable tactics. He is just 26-year-old but has proved his worth as a footballer . David Silva is popular as ‘Spanish Messi’, which is a great honour in the world of football. He has played a crucial role at several occasions and helped Spain bag big titles. Here to win FIFA World Cup in 2010 and the Euro Cup in 2012, eyes are already on the talent of this great player. Mesut Ozil has not only focused on enhancing his skills at the sport but helped other players also to evolve over the time. This 29-year old footballer has thus, rightfully bagged the title of ‘Assist King’. Eden Hazard is popular for his swift dribbles. His running skills are awe striking and using these he has won several goals that too single-handedly.

James Rodríguez is known to play as an attacking midfielder or say the winger. This 26-year old player is considered to be one of the best players of the time.

All in all, these are the Top 10 Most Popular Football Players In FIFA World Cup 2018.