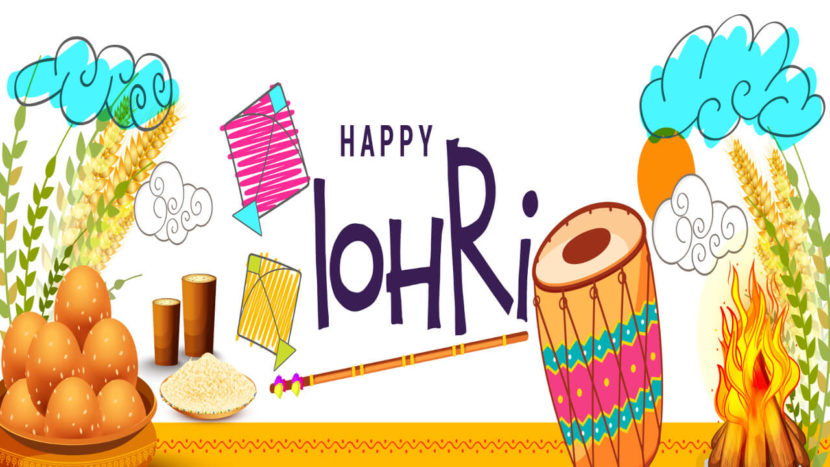 Top 10 Must Know Facts About Lohri

Lohri is one of the most awaited festival in the north part of India. there is a bonfire, a lot of things to eat, many folk songs to sing and a lot of other activities to do. This is not just a festival for people but has a significance that cannot be just defined in words. To know exactly about the importance of this festival there are certain things that you must know about it. Here are the top 10 must know facts about Lohri.

Lohri is one of the big festivals that is celebrated in India to welcome the changes that the climatic conditions undergo. This festival mars the end of the winters and the chilling cold. For this reason it is celebrated on the last day of Paush and in the beginning of Magha. It is this time of the year that the  sun changes the course that it follows. It is asserted that the night of Lohri is the coolest night of the winter season and is also the longest night of the year. On the same note, it is also the  and shortest day of the year.

A lot of time most of us show the curiosity to know about the foundation of this festival. We are all excited to known as to how is festival began to be celebrated. There are many theories that are put forward to show as to when this festival began to be celebrated on such a huge scale. The scholars are of the opinion that the origin of this beautiful festival Lohri can be traced back to the story of Dulla Bhatti. You might be aware of this term as it remains to be the focus or the centre of attraction in most of the Lohri songs that are sung during Lohri celebrations at various places.

Dulla Bhatti is claimed to be a Muslim highway robber. He lived in the region of Punjab when Akbar was ruling the nation. He was famous in the surrounding regions owing to the fact that he was a bandit. However, he did not just have this negative side to his character but there was a positive side too. Not only did he rob the rich but at the same time he also rescued the Hindu girls. These were the girls who used to be forcibly taken to market of Middle East so as to be sold as slaves.

It is believed that Dulla Bhatti did not just save them from becoming the sold slaves but at the same time he also arranged their marriages to the eligible Hindu boys. Apart from all this, he also made provision of dowry for these girls.  Owing to all these good deeds he became popular among the Punjabis despite him being the robber. Punjabis considered him to be their Robin Hood. This is also the reason why most of the songs that are sung on Lohri are dedicated to show gratitude to Dulla Bhatti.

Apart from the aforementioned point, Lohri is celebrated as one of the popular harvest festivals. Conventionally January is the time of the yaer when the sugarcane crops are harvested. The sugarcane products significantly jaggery as well as gachak is essential to the celebrations of Lohri.

One of the other popular reasons for celebrating this festival is that this day is considered to be a new beginning. Punjabi farmers consider the immediately next day after Lohri to be the financial New Year. For the same reason this day holds a very significant place in the Sikh community.

In the evening of the Lohri day people usually gather around the bonfire. As a ritual they throw puffed rice as well as popcorn into the fire. While doing so they constantly chant, “aadar aye dilather jaye.” This means ‘may honor come and poverty vanish’.

There are a plenty if folk songs that are sung on Lohri. One of the major reasons for signing these songs is to show gratitude to the Sun God. In addition to this, the major intention to sing these songs is to seek his continued protection for the year to come. Not only is dancing and Gidda the popular part of Lohri celebrations but at the same time equal importance is also given to kite flying which is popular among all the people irrespective of age groups to which they belong.

There are a lot if theories put forth to show how the name of the festival was derived. The first and foremost one is from Loi. Loi was the wife of Sant Kabir, and for this fact in some parts of rural Punjab Lohri is also pronounced as Lohi. Many of the other people opine that Lohri comes from the word loh. It refers to the thick iron sheet tawa that finds use in making chapattis. There is a segment of society that believe that Holika and Lohri were sisters. While as we know that Holika perished in the Holi fire, the latter survived. Other legends have the opinion that because eating of til, also known as sesame seeds and rorhi in other words jaggery is part of the festival therefore the words til and rorhi combined and become tilorhi. This over years got shortened and is today called Lohri.

Among all the most popular Lohri folk songs and the other songs that are sung on this day, one that is most popular is ‘ho’. Most of the people have learnt this song by heart and needs no reference while narrating the same. in acse you are not familiar with the lyrics of the song entirely then you may refer to the following.

Meaning of the Lohri song

Who will think about you

Dulla of the Bhatti clan will

He gave one ser of sugar!

The girl is wearing a red suit!

But her shawl is torn!

Who will stitch her shawl?!

The landlords looted it!

Landlords are beaten up!

One simpleton got left behind!

The soldier arrested him!

The soldier hit him with a brick!

Give us Lohri, long live your pair (to a married couple)!

Whether you cry, or bang your head later!

All in all, these are the top 10 must know facts about Lohri. In case there are more facts about the festival that we have not covered then you may leave the information in the comment section below. We are eager to know and gather more facts about this much celebrated festival.