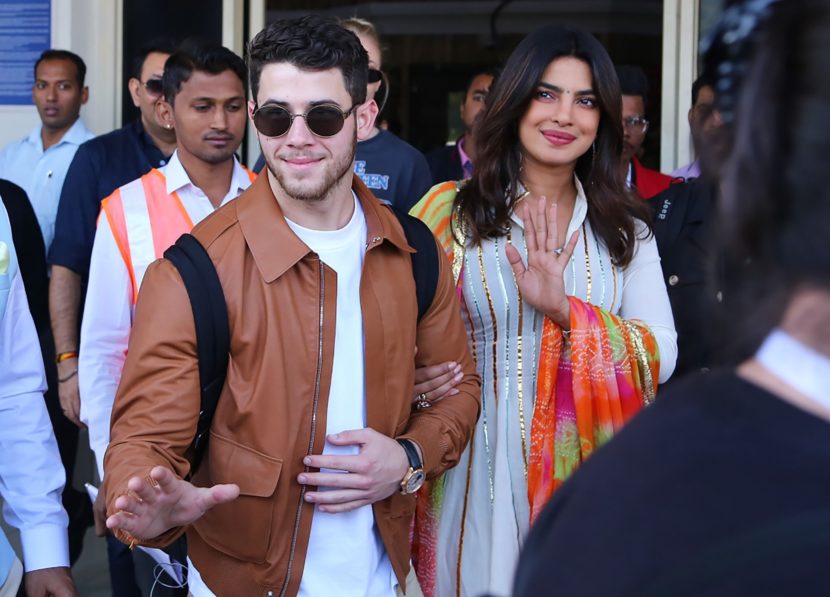 Priyanka Chopra is one of the biggest celebrities not only in India but also abroad. There are many of us out here you consider her to be a great role model and a great source of inspiration and motivation. However, if you also claim to be a big fan of her then you need to have a vast knowledge about her. It is surely not enough to know that Priyanka Chopra was born in Jamshedpur, Bihar on July 18, 1982 and Late Ashok Chopra and Mrs. Madhu Chopra who are the physicians in the Indian Army are her proud parents. She was the winner of the Miss World 2000 pageant is a common thing that everyone knows. But do you know these top 10 must know facts about Priyanaka Chopra?

The beautiful actress is nicknamed “Piggy Chops,” by her co-stars and many of us acknowledge her as Pee Cee. She is totally a self-made woman as she boats herself to be as she has achieved a lot in this vicious industry where outsiders find it hard to survive.

The credit of her initial schooling goes to La Martiniere in Lucknow. However, she did her matriculation from Boston and aspired to be a software engineer or a criminal psychologist. Priyanka Chopra initially wished to pursue the aeronautical engineering or the criminal psychology. However, once she began getting the offers from Bollywood she started to consider and accept these offers. She started getting the offer from the film industry owing to her win at the beauty pageant

The actress has a plenty of awards to bag. She has received National Film Award and Filmfare Awards in five categories. Apart from this, the Government of India bestowed on her the Padma Shri in 2016. It is the fourth highest civilian award. According to the Time Magazine she is one of the 100 most influential people across the globe. Other than this Forbes Magazine in 2017 listed her in World’s 100 Most Powerful Women.

Her Bollywood debut was with the film named The Hero: Love Story of a Spy. She was later seen hitting the box office with exceptional performances in Bollyood hits like Andaaz and Mujhse Shaadi Karogi. In 2004, a thriller movie Aitraaz was released for which she got a critical acclaim for performing exceptionally well.

It took her no time to get to the list of mainstream heroines becoming one of the highest paid actresses in Bollywood. She got to fame via American network drama series as a first South Asian in  2015, when she starred with Alex Parrish on the ABC thriller series Quantico.

She is not only a hard core actress but also a philanthropist. She has been associated with UNICEF for a decade by now. The actress was appointed as the national as well as the global UNICEF Goodwill Ambassador for Child Rights in 2010 and 2016 respectively. The lady has been witnessed standing firm in support of environment, health and education, as well as women’s rights. She has also been vocal about gender equality plus feminism.

The production company known as Purple Pebble Pictures has been founded by her under which the much acclaimed Marathi comedy-drama Ventilator was released.

In 2006, the actress was listed at number 1 by Eastern Eye, a U.K. magazine as one of the Asia’s Sexiest Women. In the same year she also appeared on the cover of the premiere issue of Maxim Magazine, Indian version.

The actress sent a legal notice to her ex-boyfriend Aseem Merchant as he wanted to make a biopic which could have been an invasion to her privacy.

Despite having such a tight schedule, she maintains good bonds with her loved ones Chopra shares a very strong relationship with her family and especially her younger brother, Siddharth. She has bought herself an apartment on the same floor where her family lives.

She always has displayed the extra love and affection that she had for her father. Today she might have lost him but the inseparable soul is tied to her. The glimpse of this is the tattoo she has on her body. The tattoo on her right wrist reads, “Daddy’s little girl.”

All in all, these are the top 10 must know facts about Priyanaka Chopra. If you are a big fan or claim to be a big fan of the actress then you ought to know these all. In case you have some other favorite too about whom you wish to know more and unique facts then you may drop us the name in the comment section below. We will reach out to you soon with the article on the same.