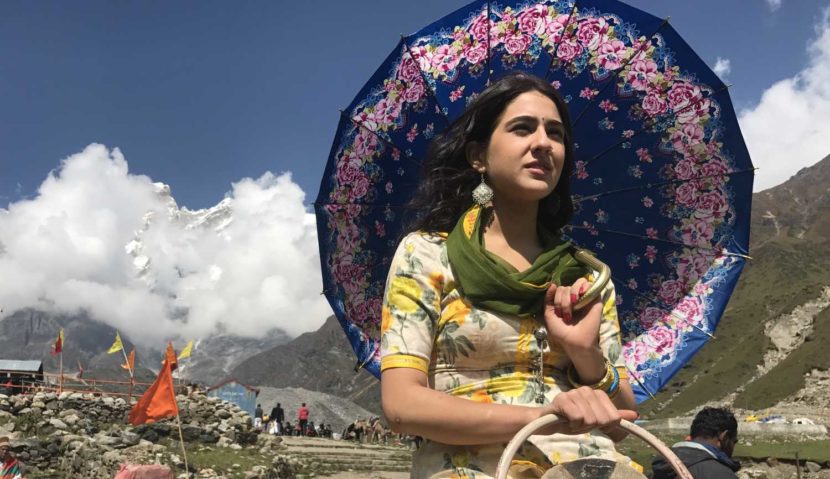 Be it any TV show or a promotional video, one sight that is common these days is of Sara Ali Khan and all for good reasons. After the debut of Sridevi’s daughter Janhvi Kapoor opposite Shahid Kapoor’s brother Ishaan Kapoor, now it is time for the debut of Sara Ali Khan who hails from the pataudi family. It will be very interesting to see the charming lady on the screen for the first time all set to flaunt her acting skills. Here we are with the top 10 must know things about Sara Ali Khan who is all set to make her debut in the film industry just like many of the other family members.

More of these skills she might have acquired via hard work but we are not wrong in saying that some of her acting skills are inherited. These are the acting skills of one of the most veteran actresses of Bollywood, Sharmila Tagore and of popular film stars, Saif Ali Khan and Amrita Singh running in her veins. To let you know, she has justified it all via her acting in her first movie as evident from the trailers. Before you fall in love with her acting and charming looks, it is important for you to know about her in details.

Back in 1993 Sara was born to Saif and then wife Amrita Singh. She is the grand-daughter of popular actress Sharmila Tagore and  the cricket legend Mansoor Ali Khan.

She has completed her education from Columbia University

Sara Ali Khan has made a debut in the film industry with Kedarnath. The movie is based on the flood incident that took place in the city of Kedarnath. In this move she is seen working opposite to one of the most popular Bollywood actors and TV stars, Sushant Singh Rajput. She started to gain attention even prior to the release of the movie for diverse reasons.

Sara though follows Islam has equal respect for other religions too. She was seen visiting the bhairo mandir to seek blessings for her upcoming movie.

Kedarnath is not the only project that Sara Ali Khan did this year. She is also the part of Simba that boasts of being released soon.

Prior to her career could even take off with the first release, there was a court case registered against her. The filmmaker, Abhishek Kapoor sued her. It was because she had signed Simba meanwhile the shoot for Kedarnath was still in progress.

Though she is spotted with her father Saif Ali Khan at most of the places and events, yet the pretty girl Sara claims that she is more inclined towards her mother, Amrita. She says that she share a completely unique bond with her mother. She loves her to bits, as all of us do. The mother and daughter were seen doing a photoshoot for the cover page of one of the elite magazine.

The reports say that Saif was not at all aware about the decision of Sara debuting in Bollywood with Kedarnath but still supports her decision.

Sara shares a good bond of friendship with Sridevi’s daughter,  Jhanvi Kapoor. Two of these new Bollywood entrants can be seen hanging around, in gym sessions and at parties.

All in all, these are the top 10 must know things about Sara Ali Khan. You must go through prior to seeing her acting on screen so that you have more to adore her. This is all that we know about the charming Sara Ali Khan. In case there is more that we have missed out then do leave us a comment.