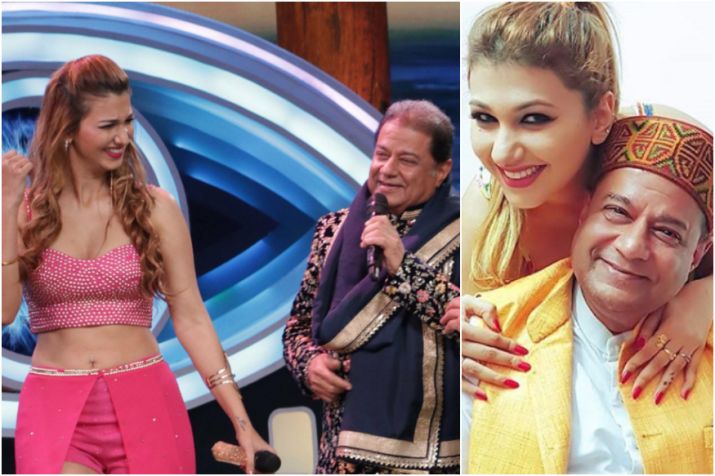 Bigg Boss Season 12 is already on our screens and there is a lot to talk about. All the candidates inside the house are popular for one or the other thing. We have been wondering about all the participants and their attitude since 16th September 2018 when theshow went on air on Colors channel at 9 pm every night, also on the weekends. Anup Jalota who is one of the conestants of the show and obviously a well nown personality set the stage on fire when he introduced his partner, a young and a beautiful girl Jasleen Matharu. People took it to be a professional teacher-student relationship but soon it was made evident that  Mr. Anup Jalota and Jasleen Matharu are actually in love. Here are the Top 10 Unknown Things About Bigg Boss Contestant Jasleen Matharu.

While on one hand, Anup Jalota is 65 years old on the other hand, Jasleen Matharu is just 28 years. There is a huge age difference between the two. It is true that reality shows are known for many ups and downs plus the twists, so we can not be dead sure about this one too. However, you might be aware about the achievements of Anup Jalota but here in this article we are to let you know more about Jasleen Matharu.

Jasleen Matharu began to learn music when she was just 11 yaers of age.

Jasleen Matharu is not only an aspiring singer but at the same time she is also a very good sportsperson. She holds a brown belt in kick-boxing.

Jasleen Matharu’s parents were not at all aware that she has a relationship with Anup Jalota. This is what her father revealed in an interview soon after the news was telecasted on the television.

It is true that she hid her relationship from her parents but that in no case makes her love any less for them. She like any other daughter loves her parents to the core. Also, she considers both of them to be her teachers.

Apart from many other skills that she has, one of the most prominent skill that she has is dancing. Jasleen has a special talent in skilled classical, hip-hop and a belly dancing.

In her career till now she has been spotted working with Punjabi singer Mika’s group. She has worked with the group for about 3 years prior to stepping into the Bigg Boss house.

The  solo debut album of hers is known as “ Love Day Love Day”. It was a direction by her father Kesar Matharu.

Jasleen has a special love for tattoo and there is one of it on her body that indicates that she is a true fighter.

She holds a special place for animals in her heart, especially the cats. She also has ne cat back home.

All in all, these are the Top 10 unknown things about bigg boss contestant Jasleen Matharu. Despite all the achievements that she has to bag, one reason that got her into popularity was her relationship with the Padmashri awarded singer Anup Jalota.  She has been in a relationship with Anup Jalota for three years by now if we really believe the reports. People on different social networking sites have different and mixed reaction on this love affair. While many are in support of this, there are a plethora of other people who are against this relationship. However, there is nothing much that these conflicting thoughts can do if the two are really in love and ready to stay with one another in all circumstances. Whether the news is true or false will be clear only once any one of the two is out of the house and ready to give an interview. In case there is anything more that you know about Jasleen Matharu that we failed to cover you may leave a comment.

Next article - Top 9 Must do things in India During Navratri »