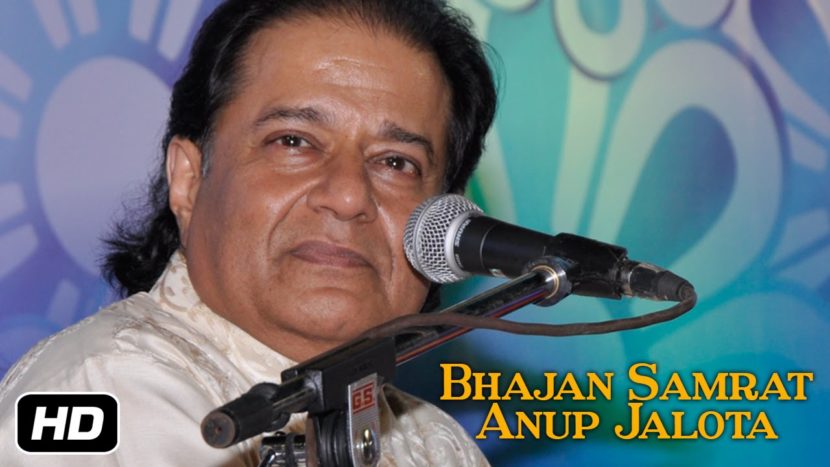 Anoop Jalota was born on 29 July 1953 and is a popular Indian singer and musician. He is popular among the masses for his performances Hindu marwari devotional music bhajan and the Urdu form of poetry as well as ghazal. He bags the title of “Bhajan Samraat” which means the Emperor of Bhajans. Though there are a lot of achievements that he bags yet one thing that has shifted an extra limelight on him is that he is one of the many contestants on the popular reality show Bigg Boss this year. In this article we are going to highlight the Top 5 Must Know Achievements of Anup Jalota.

It is not him being a contestant of Bigg Boss that has fetched him the extra highlight but being accompanied by a 28 year old girl Jasleen Matharoo and the claim that the two are in a  relationship. He is in his early sixties which embarks the huge age difference that the two share. Anup Jalota was born and brought up in Nainital, Uttarakhand and educated in Lucknow’s Bhatkhande Music Institute. The initial career of Jalota in music began as a singer in All India Radio. Thereafter one by one he began to take steps forward and is today one of the most eminent personalities in the world of music.

Govt of India has bestowed an honour upon him by giving him the 4th highest civilian Award Padma Shri on 26th January 2012. Padma Shri in 2012 was conferred upon him for his excellence in the field of Art-Indian Classical Music. He rightly deserves the same for all the talent that he has and all the efforts that he has put in.  Apart from this he was felicitated by British Parliaments “House Of Commons”. He thereby also received the Annual Globe Award on 15th July 2010.

One of the most appreciable thing about the man is that he is multilingual. There are a lot of languages that he not only knows but at the same time is also fluent in. He has sung  a lot of songs in 9 different languages.

Anup Jalota bags a record number of 100 Gold, Platinum and Multi-Platinum Discs. There are more than 2000 Bhajans, Ghazals, and Geets that this great and talented personality have sung and recorded. In a time span of nearly  30 years more than 200 albums of Ghazals & Bhajans has been released by him.

The man also bags a performance of more than 5000 live concerts spread over 300 cities across the five continents. The venues where he has giving his astonishing performance include Royal Albert Hall, Wembley, Lincoln Center, Madison Square Garden, Sydney Opera House & Esplanade.

All in all, these are the Top 5 Must Know Achievements of Anup Jalota. Irrespective of all that he has achieved one thing that people will always associate him is this unusual relationship. The relationship that he shares with this young girl after having had two unsuccessful marriages and a third unfortunate wedding where his wife left him for her heavenly abode.