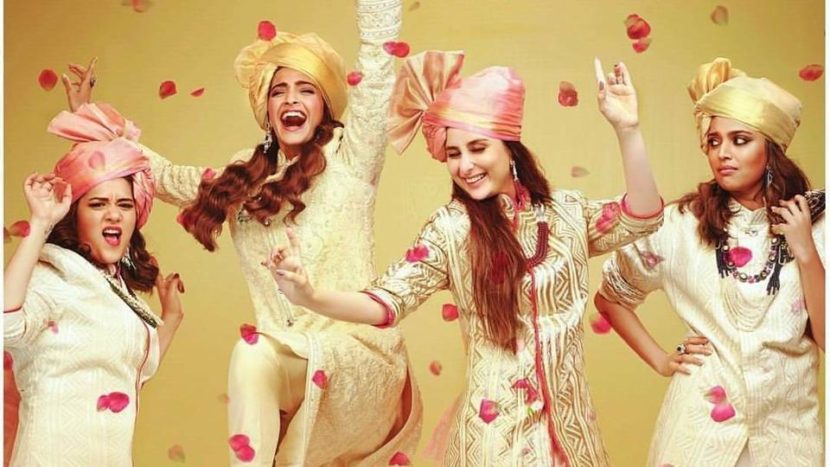 Quite a contrast to Sonam Kapoor’s latest upcoming film, “Veere di wedding” where she plays the role is a spinster figuring out life with her friends and mocking the idea of marriage. Here now she is actually tying the knot with Anand Ahuja. There are many exciting rumors about this wedding which make it a fantasy for all Bollywood fans! She recently got her hands clad in bridal henna. This function was hosted at Anil Kapoor’s Mumbai house. She wore a pair of huge, dangling earnings and Anand complimented her in an achkan. Wow! An eye candy for all her fans! There are rumors that her father, Anil Kapoor will be dancing on her sangeet with his friends. He also danced with his wife on her Mehendi function which shows how thrilled and excited he is. Let’s wait and watch the old yet young and charming Anil Kapoor rock his daughter’s Mehendi Ceremony. Filled with glamour, glitter, shine and designer outfits, this is surely every girl’s dream wedding. Anand Ahuja was Sonam Kapoor’s boyfriend for quite a long time and they have been showered by many pre-wedding gifts. They have planned to get married in a traditional Sikh ceremony and will have a grand reception at The Leela. The date that is chosen is May 8. There are rumors that her close friend, Kareena Kapoor will be missing her wedding but no one knows for sure. Mysteries and plot twists are what keeps these grand weddings exciting. This wedding is a two-day affair and has grabbed the attention of almost everyone in the country! Gossips and whispers are being passed about all the grandeur that is going to glowing in this affair. It is surely going to be an eventful day. The couple seems to have a very special bond and will hopefully enjoy what this beautiful union holds for them. Wishing Sonam Kapoor and her better half to be a happy married life!