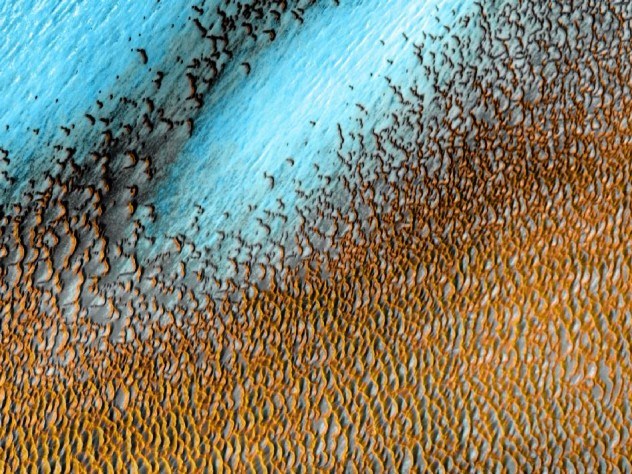 Top 10 Mindboggling Facts One Must Unveil

Human mind has always been found anxious to explore something that sounds irrational or fictional but is actually real. Every individual on earth has some sort of curiosity in subconscious area of the brain that eventually draws focus from the routine towards discovering some unknown facts and share them with the people around. And so, some switch to television, radio, newspapers and currently the wide use of web that can take you to every little corner of the universe in few seconds. Learning and growing by studying latest articles, magazines or journals undoubtedly keeps you updated. Endless hunt to uncover the secrets and bring them closer to the world enrich your excitement by tracking you to the weird prehistoric, fossils or yet unrevealed perhaps the interesting factual aspects. One must chase after the need to know something that not everyone is aware of. Here, we have come up with the Top 10 wildest and mysterious facts that crave you to scroll down and down and reach the concealed and unbelievable but truly amazing facets. The wonderful spots in this Canadian lake are naturally designed as a result of evaporation and formation of mineral deposits. Another such beauty is defined by lake in Senegal that turns red because of the algae found in the lake that absorbs and reflect light of certain wavelength. The “Door to Hell” sounds haunted but actually it is a natural gas field in Derweze, Turkemistan that collapsed and became a natural gas crater in 1971 by Soviet petroleum engineers. The field emits intense smell of sulphur and geologists have set it on fire continuously to prevent the spread of methane gas.

3.Victory of the dead In 1923, jockey Frank Hayes won a race at Belmont Park in New York despite being dead after being stuck with a heart attack whilst mid-race. His body sustained in the saddle until the horse jumped off the line for a 20–1 outsider victory. Whale that seems to slave the habitat has been found to live in solitude. It has been calling out for a mate for over two decades although their high-pitched voice is unfortunately different to other whales and so they never respond back. High magnitude earthquakes tend to permanently decrease the length of Earth’s day, by operating the spin of the Earth’s axis. It was researched that the 2011 Japan earthquake knocked 1.8 microseconds off our days and the 2004 Sumatra quake at the expense of 6.8 microseconds. The “Blood Falls” is a glacier in Antarctica that regularly pours out red liquid that apparently seems like the bleeding ice. This is explained on the basis that it oxidises the salty water that changes the actual color of the glacier falls. This wrought iron lattice tower, named after the engineer Gustave Eiffel and located on the Champ de Mars in Paris, France has its peak leaning away from the sun as its metal facing the sun gradually heats up and undergoes thermal expansion. It was calculated to change as much as 7 inches.

The Romans used their own urine to flush and whiten their teeth. And it worked to hell by pleasing them all with a pearly white smile. But please avoid doing so. Don’t follow this as the only remedy. Go for the other sophisticated ones.

9.You are not the only one If you have the false perception of being the truly one in a million on this earth, then you are highly mistaken. There are still approximately 7,184 more people here that resemble your face and the body. There are about 7 billion people on the planet right now and not everyone is unique in appearance although they might vary in their characters.

10.Belly button or the entire ecosystem

Scientists inferred that 2,368 different species of bacteria resides in belly buttons or umbilicus after taking the swab samples from the navels of only 60 people. They found a spectacular range of biodiversity nearly 2,400 phylotypes of bacteria that simulates a rain forest. Remember that microbes can be helpful, as they serve as the first line of defence against pathogenic bacteria.

Time to boost up the knowledge and hit the grounds with infinite ideas! You can further pass on the reality check to your peers and others. Share and spread the new wonder facts.

Next article - Top 10 Wonder Youth in the World of Football »