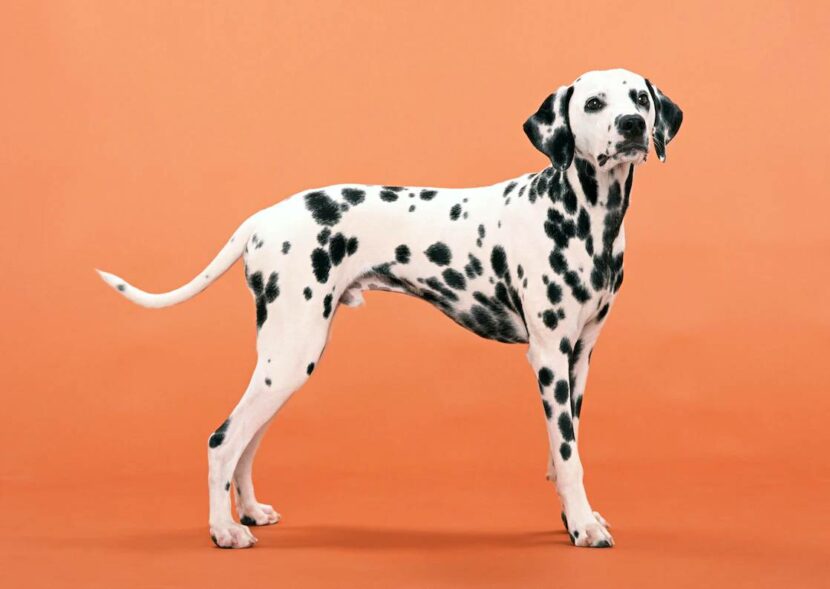 The animal realm is incredibly alluring and enigmatic. Diverse stripes, bands, hues, and even spots are present in all different animal species. The most attractive feature you will see in various animal species is their spots, which have several benefits like insect repellency, camouflage or optical illusion, and even the ability to fool predators. Additionally useful for lowering body temperature, the spots can even help people recognise one another. Here is a list of stunning animals that may be found all across planet Earth. In this post, we will discuss the top 10 animals with spots.

Due to its streamlined design, which includes long, thin legs and a long tail, the cheetah is the world’s fastest land animal, capable of running at speeds between 80 and 130 km/h. Regarding looks, the fur is a golden brown color and is speckled all over with solid black patches. One of the most attractive creatures with spots, it has between 2,000 and 3,000 spots and uses them to blend in with its surroundings. On its hairy body, the cheetah has obvious, single, black markings. The cheetah’s spotted coat makes it easier for it to disappear into its surroundings. This makes stalking and hunting its prey simpler.

The largest wild cat in the Americas, the jaguar’s spotted coat makes it great hiding. It can be found primarily in coastline forests, reed thickets, and jungles and scrubland. The big cats known as jaguars are found in North, Central, and South America. Anyone has a good chance of mistaking the jaguars for leopards at first glance. Both can be distinguished by their dark-spotted yellow or orange coats. The spots on a jaguar’s body are also arranged in a rosette design. Rosette patterns can be found on the coats of both leopards and jaguars. The rosettes on the jaguar have spots inside of them, which makes a difference.

The leopard, often regarded as the strongest of all the big cats, is one of the best and strongest animals in the wild. They can climb trees, carry large prey, and like relaxing on tree branches. It has a top speed of 58 km/h, a horizontal leap of 6 m, and a vertical leap of 3 m. Large territories are held by solitary animals who also leave claw marks on trees and use urine to indicate their areas. One of the animals with dark rosettes, or spots, that contrast well with their otherwise pale fur is this one. Black leopards are uncommon and have dark fur, making it challenging to notice their spots.

The tallest land mammal is a giraffe. The giraffe’s spots resemble a person’s fingerprints quite substantially. Giraffes all have unique patterns that are never repeated. The giraffe’s patches aid in camouflage, but they also aid in body temperature regulation and allow giraffes to distinguish one another. Each patch has a well developed network of blood arteries underneath it. The color of a male giraffe’s patches has been shown through research to provide clues about that animal’s behavior.

The most prevalent and attractive deer species in Indian woodlands is the spotted deer, also known as the chital. The species, which may reach heights of up to 35 inches and weights of roughly 187 pounds, has an average lifespan of 20 to 30 years in the wild. Regarding looks, it has a golden-Rufus hue with lovely white animal markings dispersed throughout the body. It is typically observed in herds of 10 to 50 animals, consisting of one or two males, many females, and young. It enjoys eating grasses and other plants, but it will also consume its shed antlers as a food source.

The largest of the three hyena species are spotted hyenas. Each hyena has a distinct pattern on its spots. Hyenas can have short, blond fur that has noticeable dark patches. Others have fuzzy patches and fluffy reddish fur. These animals are expert hunters and can kill antelope or wildebeest. They are scavengers who eat other predators’ leftovers. Spotted hyenas have excellent hearing and excellent night vision. They are long-distance runners who run quickly.

One of the several species of stunning snakes most frequently seen in the United States is the corn snake, sometimes known as the red rat snake. It is a non-venomous snake that can encircle and choke a variety of prey to death. The name Elaphe, which refers to a group of snakes or other creatures with spots, is derived from the Latin word leaps, which means snake. It has a thin body with circular, dark brown markings on a creamy white to light brown background.

The brown-and-white dairy cows are Holstein Friesian animals. These lovely spotted cows are a breed of dairy cattle that originated in North Holland and Friesland. They produce more milk than any other breed of cow in the world. These cows have distinctive, sizable black patches all over their white coats. Like human fingerprints, no two cows have exactly the same pattern of spots. Their hue is a product of recessive genetics, according to research.

One of the dog breeds with lovely spots is the dalmation. The Dalmatian pups have no spots, and they begin to grow at about two to three weeks old. The distinctive spots, which are well known for their piebald pattern and in which no two Dalmatians ever have the same pattern or amount of spots. Although the spots are typically observed on white coats, they can occasionally be brindle, blue, orange, or lemon in color. The dots extend to the mouth and cover the entire body. The dog species has a number of different names, including Carriage Dog, English Coach Dog, Spotted Coach Dog, and Firehouse Dog. The species’ origin is unknown, but it is believed that Dals traveled with the historically nomadic Romani people.

Ever hear of a horse with spots? One breed of horse with a spotty white coat is the Appaloosa. Native to America, the Appaloosa horse breed is distinguished by its speckled coat pattern. This horse’s various breeds may accommodate a variety of body types. To create different breeds of horses, the horse species are crossed.

The Appaloosa is a popular breed because of its distinctive, leopard-like spots on its coat. Numerous overlay patterns use spotting. This horse is available in a number of recognisable base coat hues. There are various breeds of spots-covered Appaloosa horses, all with different body shapes. They are employed in a variety of riding activities, including fox hunting, horse racing, and show jumping.

These are a few of the stunning animals with distinctive natural markings. They all have spots, but the variety in size, shape, and pattern is astounding. They can be identified by their speckled coats, which also serve as camouflage and protection from predators.

Next article - Top 10 Animals With Dreadlocks »