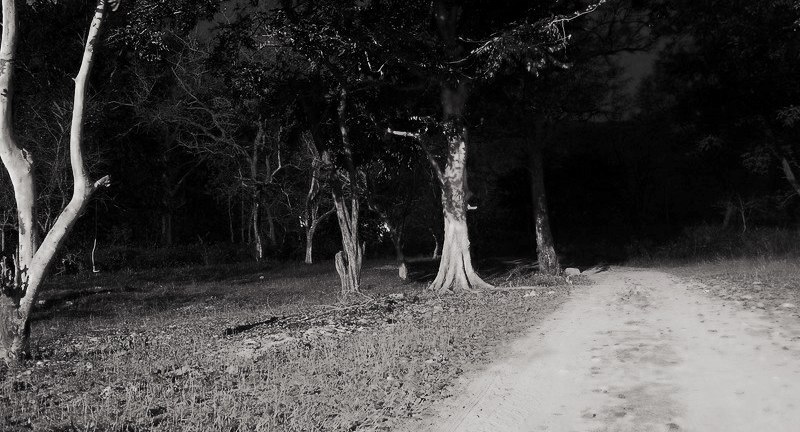 India is known for its cultural heritage nevertheless it has many mysterious stories behind some of the yet unexplored palaces, forts, kings, queens, treasures, battles and boulevards. Here are top 10  haunted places encountered in India that can raise your goose bumps in just few seconds.Most of the human kinds are curious to learn about ghosts or other supernatural powers like demons, devils, vampires or witches.

Although books take you somewhere quite close to these unknown creatures but that’s not enough to satisfy the cravings to reach the intricacies of such unrevealed formations. Experts are wise to say that India is rich in diversity and yet has many unsolved mysteries that behold the untold ghostly tales of palaces, their kings, treasures and those who died a painful death and are now a part of the illusive synchrony that is perhaps true.
If you are among those who are freaking ardent to turn again the pages long sealed and are kept far from the human eye or if the supernatural theories regarding the existence of ghosts rush adrenaline into your body, then why don’t you take a sneak peek into alarming country with strange facts, fictions or realities. Shimla , a place where mother nature resides is one of the most fascinating town of Himachal Pradesh which presents to you the snow capped hills and huge dense vegetation. In contrast to its enormous beauty lies a secret narrating horror stories which brings you to Tunnel no.33 which has been described as the residence of the ghost of British Railway Engineer, Colonel Barog. No evidence of any destruction has been found so this soul is being said to be friendly.

The ghost town of Bhangarh is one of the most haunted places in India that is surrounded by bushy scary forest. This fort does not allow you to visit after dawn as it is noticed to be unbelievably monstrous after sunset.
The story says the tale of a magician who fell in love for a local princess against her will. However, the princess planned to kill him to get off his dark magic conspiracy. The magician cast a dark spell on the palace before his death which caused its doom. Mystery of Bhangarh Fort has also been featured on a TV show.

Story behind this chawl depicts that a woman fell into water and died shouting for help in the well and many people witnessed someone drowning around the well but no one came for help. And so the place has been deserted with a wandering woman soul.

You might have heard about the intricate architecture of the fort in ancient Peshwa histories but interest comes when we talk about the presence of supernatural that reaches its peak level of horror every full moon night when the sobbing and shrieking masculine sounds are heard. People foretell that a prince was brutally murdered here at very young age.

Paranormal activity has been observed to behold the block with many notorious and spooky sightings. Some say that they have viewed four males sitting and enjoying alcohol by the dim light of single candle that in fact did not exist in life. Moreover, few people claim to witness a young girl draped in a beautiful red dress coming out of the house. The capital of India also has its name in the haunted list. The weirdest place in Delhi is Delhi Cantt area covered all over by dark and lush trees. Just like the common horror shows, people hold their breath when they see a lady clad in white sari waves for lift similar to a hitchhiker. If you dare not to kick your brakes, she starts chasing you swiftly with the same speed reaching ahead in few seconds. Situated along the Arabian Sea in Gujarat, this beach is known for its black sand and uncanny activities. Dubious whispers, people vanishing during night and many more unbelievable events even deaths. Many brave hearted bodies have lost their souls exploring this eerie beauty. It is believed that this beach was initially used as Hindu burial ground where it gives rise to tortured souls.

Not just the biggest film cities in the country, indeed is the core place to unknown mystical “supernatural activities”. It has been reported that the lights kept falling off and the light men- who sit with the lights on top have had severe injuries when. The food left in rooms also gets dispersed and wild marks are found on the mirrors. Most frequently girls are the victims getting attacked by an invisible force tearing their clothes off and illusion of someone knocking.

This sight- seeing tourist destination reported to be one of the hit zones of ghost abode in one of the rooms in Raj Kiran hotel severed at the corner and backside of the reception on the ground floor. Room is found strange and messy with it’s bed sheets pulled apart in a pathetic state that can actually drown you into sweats. Some people have encountered with a ray of blue light at their feet when woken up in the middle of dark nights. Frenhill Hotel is devastatingly famous for re-occurrence of haunting incidents since picturized during the shooting of movie Raaz and it was so scary to death that the owners of the hotel turned it off. The annoying noise of rearranging and shaking furniture in the room above with many other complains by dancers who had an early morning shoot tried calling reception and the phone got dead. When went to seek further help from receptionist and thereby pointed upwards, there was no floor seen above” explained Bipasha.

Though these places sound extremely dangerous but they continue to catch the fancy of every curious and valiant hearts who love the paranormal irrespective of the terrible consequences.