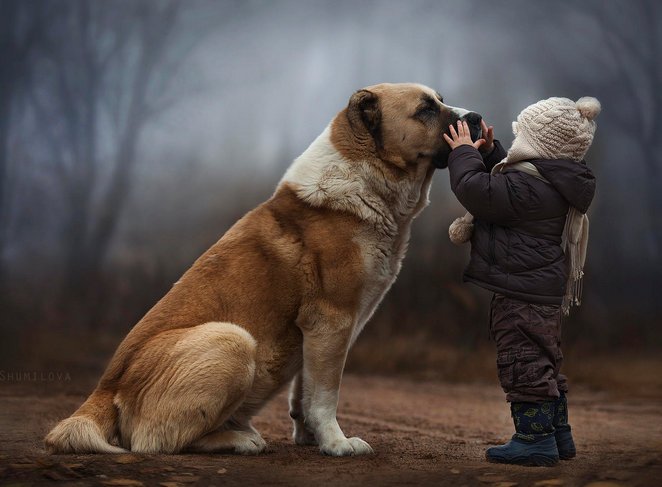 These miraculous incidents of animals saving humans from the very dangers that almost put an end to their life, have occurred that make us feel awe!

One 14 year old teenager boy named Davide Ceci was saved by the dolphin Filippo, which came to his rescue when he fell out of the boat he was travelling and was drowning in water. Davide’s mother Signora Ceci said: “It is a hero, it seems impossible an animal could have done something like that, to feel the instinct to save a human life.”

A 2 year old child is having a walk with his grandmother and suddenly they found their family dog, Arf, very agitated fighting with a North American coral snake. While the child is been saved by taking him inside, the dog was found with a lot of scratches and bites, and was admitted to a veterinary hospital.

Janice Wolf is operating in her back pasture of the refuge, when she was suddenly blocked moving ahead by her 11 month old Watusu Calf. She was first surprised by its behaviour and then she found that it was obstructing her to falling prey for a copper head snake.

The 24 year old Todd Edris was surfing with his friends, and suddenly a 15 feet shark appeared and tried to kill him with three attacks. Miraculously Todd had escaped all the three shark attacks and then suddenly a pod of dolphins came from nowhere and formed a protective ring around him to escape him from the shark attack. Taking this as a chance, he caught a wave back to the shore and escaped from the shark.

Brenda Owen was out for a walk along with her dog, Penny. At the riverbank she found an empty wheelchair, and to the terror of her found a woman drowning in the river. She immediately unchained her dog, and called her to go “Fetch”, “Fetch”. The dog jumped into the river and brought the woman back to the river bay.

Dianne Busscher was sleeping tight and was suddenly woken up by the cries of her cat in the morning at 4:45 AM. She was terrified to find that their garage was on fire and filled with smoke, and their cat was trying to alarm them about the fire. She immediately got a hold of it and took their family out to the safe place, and ringed for the fire fighters.

As reported in a local newspaper, a woman along with her child was a short stroll when they were suddenly attacked by a person showing a knife. Out of nowhere, a Pit-bull appeared and attacked the man and made him fled away.

Treo, the bomb sniffing search dog was awarded with Dickin Medal award for its brave attempts in detecting two bombs in UK and saving many lives.

Rob Howes was enjoying swimming with his daughter and two of her friends. Suddenly a group of dolphins circled them and started pulling them together. First, Rob could not understand the situation, but was perplexed when he found that dolphins were actually protecting them from a 10 feet great white shark.