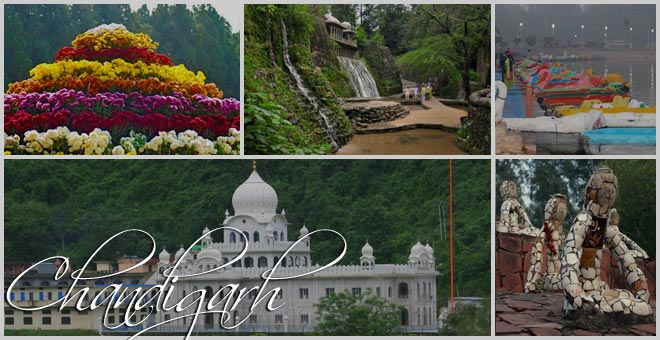 Chandigarh was came into existence after the independence of India. Today it enjoys a prestige and a good reputation for the planning in its construction. The city is known to be more clean and green in comparison to the other cities in India. Also, the organization of the city is comparatively better than all the other cities. Chandigarh is the union territory and a capital to two states that find the location near the hills. As it is near the hills, the weather of Chandigarh stays awesome all the time. The city due to its best infrastructure and low crime incidents becomes lovable tourist attraction as it serves as a home away from home for most people from abroad countries visiting India. These are the Top 10 Must Visit Tourist Spots In Chandigarh. This is a carvings garden located near Sukhna Lake. The Rock garden is a creation and artwork of Nek Chand. Nek Chand was a government employee who cultivated this garden in his free time. Government authorities were not aware of this for 18 years. The garden has many attractions like interlinked ways that have waterfalls of the Sukhna Lake and is pottery landscaped and statues of different things, animals and people. Rock Garden of Chandigarh is completely built of industrial and home waste near Sukhna Lake. The garden is visited by large number of people every day and also a famous venue for Teej festival celebrations. Nearby is the Sukhna Lake of Chandigarh which is the major tourist attraction of the city and also venue for many festive celebrations. The lake is also sanctuary for many exotic migratory birds and a protected national wetland. Also known as the Yadavindra Gardens, the Pinjore gardens are a product of the Nawab of the Mughal emperor Aurangzeb. The garden is a result of elaboration and modification by the Maharaja Yadavindra of Patiala. The garden house has several structures that display an image of the Rajasthan and Mughal architecture choice. Pinjore Gardens is the best example of the Mughal Gardens architectural and one of the most famous gardens located in Pinjore city of Panchkula district. The garden complex finds a place in the foot hills of Himalayas. The Dolls museum of Chandigarh has dolls and puppets from over 25 different countries. The museum came into being in 1985 and is under the management of the Indian department of Child welfare. The main attraction of the museum is the Indian part and the toy train. The best spot for picnic, the Terraced garden is spread around an area of 10 acres and is a well maintained botanical garden at the foothills of the Himalayan Shivalik Range. The Garden was established in 1979 and is best visited in the evening to enjoy the cool breeze and environment. The office enjoys the name of its creator the Swiss-French architect Le Corbusier. Le Corbusier used the building as his office during the time he was commissioned to plan the city of Chandigarh. The centre today finds a conversion into a museum which in dedication to the architect and displays the life and times of Le Corbusier. Also known as the Mahendra Chaudhry Zoological Park, the zoo houses a big number of exotic and animals, birds and many other animals. In this zoo lion safari is very famous. ChattBir Zoo finds a decent location about 20 km away from Chandigarh. The zoo house 369 mammals and home to a large variety of birds, mammals and reptiles. Enjoy lion safari at Chandigarh’s favourite animal park, Chattbir Zoo and spot all sorts of animal and bird species here. It’s an absolute delight for animal lovers as the zoo is home to reptiles and other exotic animals too. The largest succulent botanical garden in Asia, the Cactus garden covers an area of 7 acres. The garden features approx. 3500 different species of cactus and came into being in 1987. The garden woos a huge number of tourists and botanists each year. Another must visit tourist spots In Chandigarh is the huge art Gallery is located in sector 10 and is one of the most lovable places in Chandigarh. The museum contains antiques from the Indus civilization to different type or arts from the ancient and historical times. The gallery also contains the dinosaur fossils. The art lovers get ready for a delightful experience at Government Museum and Art Gallery. It has antique pieces of artwork and some remarkable creations that’ll leave you spellbound. It has some amazing stuff for people interested in archaeology. Explore paintings and coins from ancient times and antiques from the Indus Valley Civilization. The home of the IPL team Kings XI Punjab, the Mohali cricket stadium is the seat of the Punjab Cricket Association. The stadium came into existence in 1993 and took 3 years to complete. The stadium has been a venue to many local and international matches in India and has been a favourite venue of the cricket fans in India. Kings XI Punjab’s home ground has witnessed several local and international matches in India.

Overall, these are the Top 10 Must Visit Tourist Spots In Chandigarh. The first beautiful city of post-independence India, Chandigarh enjoys thousands of tourists each year. The plethora of gardens and picnic spots, along with the clean and cool surroundings the city of Chandigarh is a must visit for every tourist who plans to visit India.