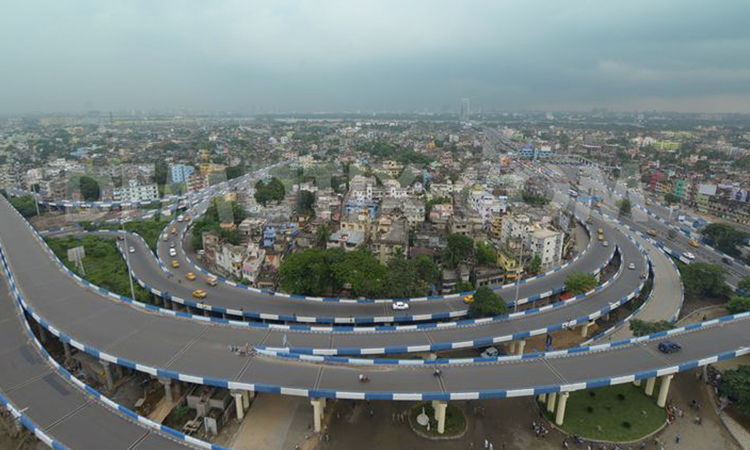 Once the capital of British-occupied India – Kolkata also popularly known as the CITY OF JOY, offers tourists a peek into its illustrious history through literature, architecture and art of the highest order. Known among Indians as the intellectual and cultural hub of the country, Kolkata has always opened its arms to tourists who want to experience her vibrant culture, grand artistry, and vivid literature. Today, we are going to take a look at the top 10 tourist destinations in Kolkata, which are surely going to tingle your tourism senses. Read on to find out more. Built as a memorabilia to Queen Victoria, this architectural magnificence, made with white marble, plays host to more than 2.5 million guests on an annual basis. The palatial structure is spread across 57 acres of lush green land, and houses more than 4000 paintings of the highest artistic variety, more than 30000 historic artefacts, and close to 21 gardens for all the nature-lovers out there. If you want to experience 19th century Indian history, then there is no better place than this restored and refurbished palace belonging to one of the many royal families of Bengal. The Marble Palace is filled to the brim with paintings by British Raj artists, elegant glassware, and artistic statues. The palace complex also houses a Jagannath Temple built by Nilmani Mullick, but is only accessible by the descendants of the Mullick royal family. Once a temporary jail, this beautiful colonial era building, which stands on the Hooghly river’s eastern banks, is now the headquarters for the Armed Forces Eastern Command. The building, however, has served many a purposes in the part, and still remains one of the most important destinations on any Kolkata sightseeing tour. This cantilever road bridge, termed as one of the oldest yet busiest places of Kolkata, is a prime tourist destination in Kolkata. The bridge, built over the river Hooghly, connects Kolkata with Howrah, which is the primary rail-head for the city. The view of the river from the bridge, as well as the centuries old Howrah Station in the background, is truly picturesque. One can also hire a boat and get a complete glimpse of the bridge from down the river. The well-renowned Birla family of Kolkata built this Hindu Temple right in the heart of South Kolkata, at Ballygunge Phari. The temple offers the tourists a glimpse at what marble craftsmanship at its epitome can mean. The temple is clear example of contemporary and traditional art amalgamated together, and is surely one of the top tourist destinations in the City of Joy. The headquarters of Ramkrishna Math and Mission, Belur Math is one of the most important pilgrimage sites in Kolkata. If you as a tourist are seeking inner peace, then there is no other destination better than Belur Math, which offers architectural creativity and tranquil surroundings to all the visitors.

Popularly known as the JORASANKO THAKUR BARI, Rabindranath Tagore’s residence in North Kolkata has now been converted into a museum, which is home to all of Tagore’s literary works, fascinating and historic paintings and a photo gallery containing photos of days gone by in the Tagore house as well as Shantiniketan. The Dakshineswar Kali Temple, located in Dakshineswar near Bally, is one of the most popular and important religious sites in Kolkata. This architectural masterpiece, constructed by Rani Rashmoni on a plot of land that is shaped like the shell of a turtle, is home to a number of architectural masterpieces, and also the divine Goddess Kali, whose divinity has given fruit to devotees on many occasions. If you are into history and historical documents and artefacts, then you simply cannot afford to miss out on the Indian Museum, located in the Park Street locality of central Kolkata. This museum, maintained and curated by the Archaeological Survey of India, is home to the cultural and traditional heritage of not only India, but of other countries as well. Plus, the Egyptian gallery has a 4000 year old Mummy from the tomb of kings at Gourvah, so that is definitely something to look forward to. Your Kolkata sightseeing tour can never be complete and fruitful without the blessings of Goddess Kali at the Kalighat temple in South Kolkata. Built in 1809, this temple has been a part of Kolkata’s rich heritage for more than two centuries. The temple is situated on the banks of what was once called Adi Ganga. The cremation ground beside the temple and the “ghat” are still present for tourists and devotees to check out. It is one of the 51 shaktipeeths of India.