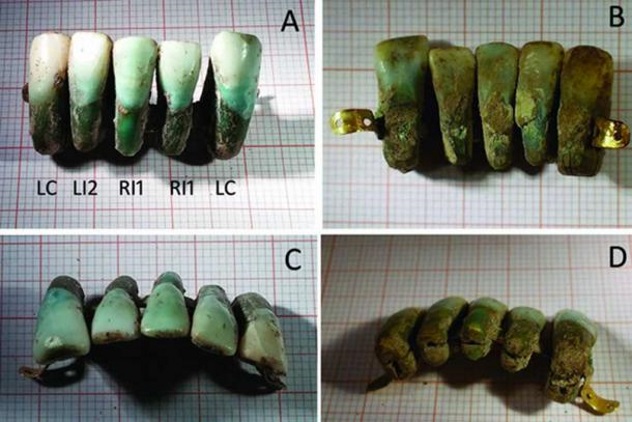 Dentistry is the study of various oral diseases (primarily teeth) and their cure. The science of dentistry has been prevalent since ancient times. Just like any other medical process dentistry too had witnessed some weird practices and processes during ancient and the medieval period. While some of the processes became the cornerstone of current dental care, some others were typically traditions that got debunked eventually. Below is a list of such practices which are definitely disgusting as per current standards.

The ancient Romans considered using animal and human urine as mouthwash. It is because ammonia, the primary constituent of urine, effectively cleaned the mouth and teeth. The Roman government used the pots of public urinals to collect urine for mass uses.

Dentures have been around since times immemorial. They have helped the older toothless generation to overcome the various difficulties of not having their teeth. Even still some centuries ago experts made dentures out of real teeth. The teeth either came from dead bodies or poor people who sold them for money. The dentists attached the teeth together with wires made of alloys containing copper, silver, and gold.

The first toothpaste was believed to be made by ancient Egyptians. Various past civilizations of the world like Greek, Indian, Chinese, and Romans, etc. used toothpaste as well. The primary ingredients included burned egg shells, ox hooves’ ashes and pumice (around volcanic areas). The Romans and the Greeks used flavorings, bark, and charcoal. Soap and chalk were a part of toothpaste in the 1800s. The use of soap in toothpaste was active even until 1945.

Barbers have been not only the once who were hairstylists but also tooth extractors and even surgeons. This was because barbers had access to sharp equipment. Barbers often used the name barber-surgeon for the better advertisement since the physicians considered surgery as a lowly job. The barbers only pulled out the decayed teeth and were not involved in dental care or cure.

Brushing teeth is the first step towards healthy teeth and gum. It is quite surprising that not brushing teeth for thousands of years gave our ancestor no dental issues. It might be because their diet has fibers that cleaned the teeth naturally. In addition, the natural nutrient of the food they consume fought of oral infections.

In medieval England, food for the rich primarily consisted of sugars that led to tooth decay. One of the famous victims of the decayed tooth was Queen Elizabeth I. Even though she suffered from such dental problems, the black tooth became a status symbol of the rich to the point that the poor people started to blacken their teeth to show that they are rich as well.

Some parts of Asia and South America also blacken their teeth with dye. This process of teeth blackening is Ohaguro in Japan. This was because the aristocrats commonly painted their faces white. Since yellow teeth looked unhealthy, they preferred to dye them black.

Next article - 10 Food Additives that are Harmless »