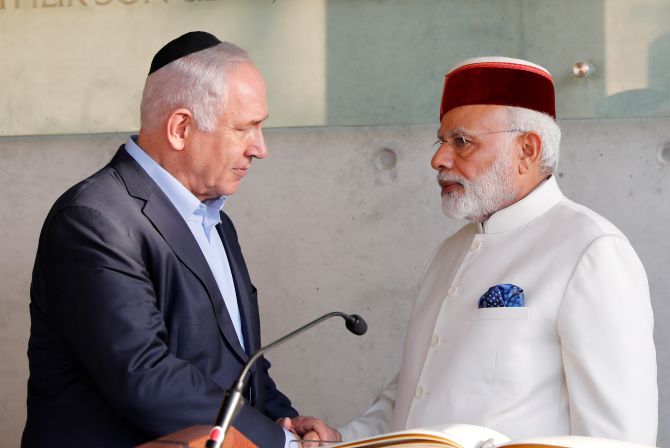 Top 10 Most Essential Actions Taken By The Modi Government

It’s all about the hard work and the will power that can help to move the mountains. You need to know that this has been well proven by a small tea vendor of the gone by days. Currently, he is the Prime Minister of the world’s largest democracy, India, Mr. Narender Modi. He came like a wave moving the youth towards making India a better place to live. Everybody fell in line when Modi came into power in 2014 by winning the Lok Sabha election. His words were, “We are not here for any positions but for a responsibility”. He is one such name who keeps all the promises. He works hard to fulfil all the expectations that the public has of him. Here is the list of Top 10 Most Essential Actions Taken By The Modi Government: Money makes the mare go. Here money implies investment. To ensure that investment takes place in the proper way, research & development is being done. He is considering the product originality  maintenance and  job opportunities on skill basis. He is making a good attempt.  Under him the establishment of industrial sector; major national programme are being initiated. Today, this initiative by Narendra Modi is reaching out to the world in the form of his idea of ‘Make in India’. The best part is that it is generating the positive response among foreign companies. The major aspect that boost the same is the Key Labour Law reform. It will boost manufacturing industry and foreign investment in India. On 2 Oct 2014 Swachh Bharat Abhiyan was set into existence by none other than Modi. Improper ways of waste disposal is filling India with filth. This is one of the major problems in India and Modi is paying attention to get rid of the same. He is making this effort to reduce this problem by launching a nationwide campaign. It gives people the message to maintain hygiene and civic sense. Notable personalities from the film industry, sports, media, business and other celebrities are the major factors who are helping to promote this initiative.

Creation of NITI Aayog in order to Replace Planning Commission on  January, 1 2015, led to the formation of National Institution of Transforming India (NITI) Aayog. It can rightly be called the policy think-tank of Government of India. It helped to remove the policy paralysis under UPA rule. The members of the NITI Aayog  include top-notch economists, consultants and advisers.

Jan Dhan Yojana was announced on August 15, 2014 by Modi. In last one year around 15 crore bank accounts were opened in last one year. The major ain has been to reach out to every household so as to provide credit facility, pension and insurance to the account holders. Major reforms in manufacturing and export sector is the key to the success and the man knows this well. Limits of FDI in Railways, Insurance and Defence have increased. Privatisation of loss-making public sector companies has also been encouraged.

Improvement of the relations with neighbouring countries plays a pivotal role so as to engross the world to invest in India. This was also taken due care of by the Prime Minister. He met several American business leaders in US and invited them to be a part of Make in India programme. He motivated Airbus, the aerospace giant, in his recent visit to France for exploring the manufacturing opportunities in India. In Germany, he grabbed grounds for the support in Make in India initiative. All he wants is to revolve the notion of, “competitive, confident and secure” India.

Modi is also making efforts to get the nation in the list of top rated travel destination. This he intends to do by making it secure for the tourist.

An invitation to all heads of SAARC nations to Modi’s swearing-in ceremony was quite a smart and appreciable move. This not only strengthened the relationships but also laid the foundation of some new relations. It also ameliorated the pride of India for being such a firm footed nation when it comes to culture and tradition preservation.

With the pace at which he is moving the achievement of the goal of construction of 10 crore toilets by 2019, seems a right hand task. Corporate sector was also given an opportunity  to lend their help in the support of this project. This way they can make a contribution in this Clean India drive. IT giant TCS gave a positive response and they have made a decision to build 10,000 toilets in girls’ schools across the country. 100 crore is the amount that has been provisioned for this cause with a contribution of 2 crore being announced by the Oriental Bank of Commerce. Bharti Foundation, Adani Group, Reliance Group and Vedanta Group will also be providing their valuable support. Centre and state governments previously have been unable to provide the appropriate things to the residents of this integral part of India. Modi has taken this issue also in hand and is trying to build the confidence within the state as well as the residents. During flooding also his response was quick. He also took initiative for the constant monitoring system for flood affected areas and people of Kashmir. Not only this he also spent  Deepawali with Kashmir flood survivors.

All in all, you are a role model to all of us here at India irrespective of the colour, caste and creed to which we belong. With the ages of experience that he has and all the good ideas that crop up in his mind act likes a silver lining for the deprived people of India. Already he has done a lot that has led India on the path of development and he is looks up with great expectations for doing even the more. For all this we have respect for you Mr. Modi.