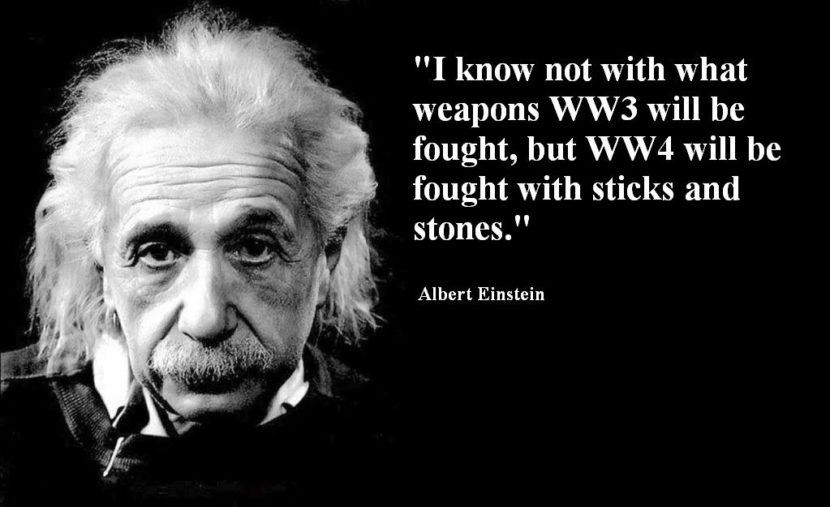 Albert Einstein is one of the most influential physicists of the 20th century. In addition to this, he is one of the most famous scientists that the world has ever known. At the age of  only 26 back in 1905, four separate papers written by him were published. There are a lot of concepts that this popular personality has put forth. Einstein eminently had a knack for science as well as mathematics, he excelled in this field and set up a level for others as well. there are a lot of quotes that he has put forward having a great inspirational value. Here are the top 10 must know concepts of Albert Einstein.

The supreme task of the physicist is to arrive at those universal elementary laws from which the cosmos can be built up by pure deduction. There is no logical path to these laws; only intuition, resting on sympathetic understanding of experience, can reach them. In this methodological uncertainty, one might suppose that there were any number of possible systems of theoretical physics all equally well justified; and this opinion is no doubt correct, theoretically. But the development of physics has shown that at any given moment, out of all conceivable constructions, a single one has always proved itself decidedly superior to all the rest.

A conflict arises when a religious community insists on the absolute truthfulness of all statements recorded in the Bible. This means an intervention on the part of religion into the sphere of science; this is where the struggle of the Church against the doctrines of Galileo and Darwin belongs. On the other hand, representatives of science have often made an attempt to arrive at fundamental judgments with respect to values and ends on the basis of scientific method, and in this way have set themselves in opposition to religion. These conflicts have all sprung from fatal errors.

A human being is part of the whole, called by us “Universe”; a part limited in time and space. He experiences himself, his thoughts and feelings as something separated from the rest—a kind of optical delusion of his consciousness. This delusion is a kind of prison for us, restricting us to our personal desires and to affection for a few persons nearest us. Our task must be to free ourselves from this prison by widening our circle of compassion to embrace all living creatures and the whole of nature in its beauty. Nobody is able to achieve this completely but the striving for such achievement is, in itself, a part of the liberation and a foundation for inner security.

A man who is convinced of the truth of his religion is indeed never tolerant. At the least, he is to feel pity for the adherent of another religion but usually it does not stop there. The faithful adherent of a religion will try first of all to convince those that believe in another religion and usually he goes on to hatred if he is not successful. However, hatred then leads to persecution when the might of the majority is behind it.

A theory is the more impressive the greater the simplicity of its premises is, the more different kinds of things it relates, and the more extended is its area of applicability. Therefore the deep impression which classical thermodynamics made upon me. It is the only physical theory of universal content concerning which I am convinced that within the framework of the applicability of its basic concepts, it will never be overthrown.

An autocratic system of coercion, in my opinion, soon degenerates. For force always attracts men of low morality, and I believe it to be an invariable rule that tyrants of genius are succeeded by scoundrels. For this reason I have always been passionately opposed to systems such as we see in Italy and Russia to-day.

As regards religion, on the other hand, one is generally agreed that it deals with goals and evaluations and, in general, with the emotional foundation of human thinking and acting, as far as these are not predetermined by the inalterable hereditary disposition of the human species. Religion is concerned with man’s attitude toward nature at large, with the establishing of ideals for the individual and communal life, and with mutual human relationship. These ideals religion attempts to attain by exerting an educational influence on tradition and through the development and promulgation of certain easily accessible thoughts and narratives (epics and myths) which are apt to influence evaluation and action along the lines of the accepted ideals.

Clarity about the aims and problems of socialism is of greatest significance in our age of transition. Since, under present circumstances, free and unhindered discussion of these problems has come under a powerful taboo, I consider the foundation of this magazine to be an important public service.

Common to all these types is the anthropomorphic character of their conception of God. In general, only individuals of exceptional endowments, and exceptionally high-minded communities, rise to any considerable extent above this level. But there is a third stage of religious experience which belongs to all of them, even though it is rarely found in a pure form: I shall call it cosmic religious feeling. It is very difficult to elucidate this feeling to anyone who is entirely without it, especially as there is no anthropomorphic conception of God corresponding to it.

All in all, these are the Top 10 must know concepts of Albert Einstein.

Next article - Top 10 Best Happy Teachers Day Messages for You »