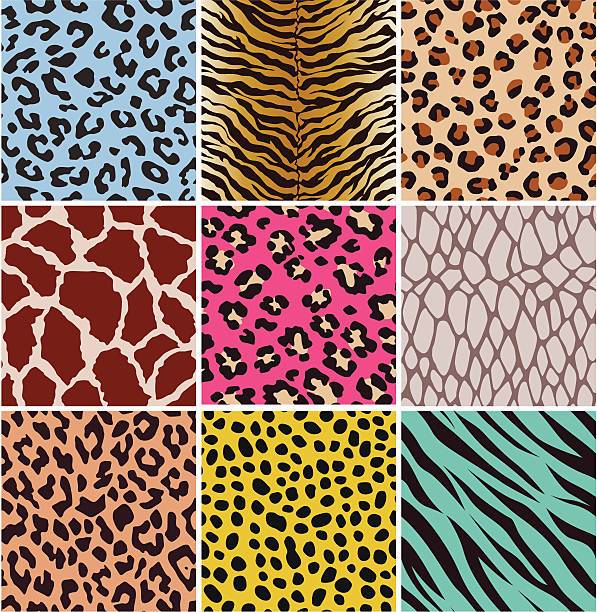 Everywhere you look, Mother Nature has left her artistic imprint, whether it’s on a snowflake’s structure, a zebra’s stripes, a peacock’s fan-tail, or the allure of a butterfly’s wings. The bright shapes and patterns blessed upon the animal species are a lovely event. Nature contains various patterns and designs, demonstrating that Mother Nature is the best artist.

All across the world, we can discover a vast array of patterns in various creatures. Animals have stripes or marks on their bodies to match their surroundings, such as grass and vegetation. These shield creatures from predators’ eyes.

These stripes prevent predators from correctly identifying a zebra when it is hiding behind the grass, offering protection. In addition to protecting them from predators, the patterns keep them cosy and cool. According to recent studies, the animal may potentially have more stripes the more flies there are in the area! The best animal designs found in nature are examined below. These patterns are not only attractive and useful for protecting animals, but they also look lovely.

The peacock displays a spectacular “fan shape” of roughly 200 feathers. Thirty are “T” feathers, and 170 are “eye”-shaped feathers. Oscillations are another name for the “eyes” in some contexts.

Look for the butterfly’s wings to find beauty at its finest. The most beautiful insects on earth are butterflies. They have some of nature’s most vibrant wing designs. The rich colour patterns on a butterfly’s wings can serve as concealment, mate attraction, and warning signals—the dorsal and ventral sides of a butterfly’s wing feature distinctly contrasting patterns.

The components of butterfly wing patterns vary depending on the species. Scientists have found that a single gene,t.WntA, which controls a dizzying array of pattern components, including size, shape, colour, and intensity, is the cause of the patterns on butterfly wings. One of the most excellent animal patterns is present.

The mysterious zebra stripe pattern is well known. The zebra’s smooth, glossy skin is covered in striking black-and-white stripes. But these stripes serve a purpose beyond aesthetics.

The zebras can hide from lions and other predators thanks to the stripes’ ability to provide camouflage. Additionally, they aid in keeping disease-carrying insects at bay. Controlling body heat is a crucial aspect of this alternating black-and-white striped pattern. When a zebra spends most of his time outdoors, the light and dark stripes heat up at different rates and produce little breezes that pass over his body.

The stripes on a tiger’s body are yet another exquisite animal pattern. Tigers have parallel, equally spaced stripes that run parallel to their spine.

The stripes on a tiger serve as camouflage, making prey easier to catch. They facilitate the tiger’s nighttime stalking through tall grass. No two tigers have the same pattern of these black stripes on their tawny brown or orange fur, like fingerprints.

With over 372 species, parrots are among the brightest birds in the world. They are most frequently found in tropical and subtropical regions of South and Central America, Asia, Africa, Australia, and New Zealand. Many parrot species prefer colder weather, including macaws, amazons, kea, kaka, lorikeets, parakeets, lovebirds, and cockatoos.

Due to the illicit pet trade and habitat destruction, almost 100 species of parrots are considered to be critically endangered despite being one of the most popular bird pets in the world due to their intelligence and beauty. Smaller parrots can live up to 10 years in captivity, whereas larger species can live for close to 80 years.

A member of the Coleoptera beetle family is the ladybug. On Earth today, there are about 5000 species of ladybugs, each with a unique size, colour, and habitat. The majority of beetles are found in forests, meadows, fields, and rocky areas. Few countries believe these beetles to be lucky, but habitat devastation and chemical pollution have caused the population to decline. The crimson body of the most well-known type of beetle is covered with tiny black spots.

Yellow, orange, or scarlet are the colours of the other beetles. A pair of antennae are located on the head of a ladybug, which has a spherical body. They also have six legs and two sets of wings. Ladybug directly interacts with the ground by releasing a sticky material from their feet. The species enjoys eating aphids, mites, and flies and will consume relatives of the same family when food is scarce. Aphids, mites, and flies are ladybugs’ primary predators.

The jaguar is another animal with a stunning skin pattern. Beautiful tawny coats with dark patches and peculiar structures cover these animals. These dots on their fur have a lovely and distinctive design.

The patches on the jaguar’s golden coat resemble jagged black circles with rough edges that resemble flowers and tawny centres. For predators moving through trees, they offer effective camouflage. Each patch is referred to as a rosette and resembles a rose. The rosettes of a jaguar contain spots.

A little marine fish called a clownfish became well-known after being included in the animated film “Finding Nemo” because of the stunning animal patterns on its skin. There are currently 28 different clownfish species, most of which are found in the Indian and Pacific Oceans, the Red Sea, and the Australian Great Barrier Reef.

Clownfish like warm water close to coral reefs, but the ocean’s pollution, exploitation, and habitat destruction pose the greatest threats to their survival. The species, one of the world’s most distinctive animal patterns, can grow to a maximum length of 2 to 5 inches and is immediately recognised by the lovely colour stripes on its body.

A zorse is a hybrid animal made which is combination of both zebras and horses. The zebrule inherits both of its parents’ best qualities. It has been utilised as a working animal since the 19th century, mainly for transporting people and commodities. The species with the best animal patterns grow to a height of 51 to 64 inches and weigh 500 to 992 pounds.

Regarding appearance, Zorse has thin legs, a large head, pricked ears, and a short mane on the back. With the proper care, Zorse can live for more than 30 years. Being gregarious animals, they enjoy being among other horses.

You can find some of the most exquisite and alluring animal designs ever created by nature. These patterns are a fundamental part of animals’ bodies and play a significant role in nature, whether for concealment, cooling, or simple aesthetic appeal. The best animal patterns can be seen in these animal species.

Next article - Top 10 Calmest Animals in the World »