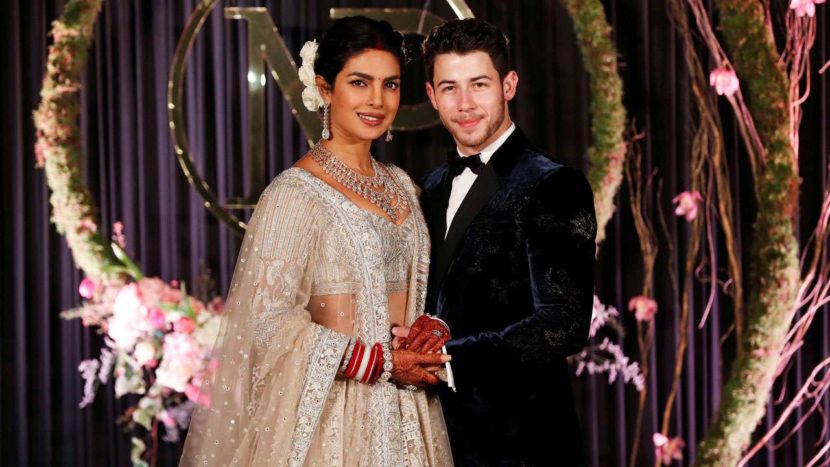 Racist Article on Priyanka Chopra Deleted by The Cut

Bollywood actress Priyanka Chopra has tied a knot with the US musician Nick Jonas and the pctures reveal that the event has been nothing less than a fairy tale happening. While the couple celebrated their bond thee were few out their who could not digest the happiness of the coupe and came out with a piece of ruthlessness that they call an article. Thee was an article on the  American website that called our lady love, Priyanka Chopra a “scam artist”. This was a nasty article that was published in The Cut. After facing an outrage the moment I was published, the article has now been removed and the apologies made. However, the damage that it had to do has already been done. Racist article on Priyanka Chopra deleted by The Cut goes as follows:

The article was published three days after the wedding took place. It wrote:  “But there’s something that not many people know, or choose to accept, about the global sensation that is Priyanka: She is a modern-day scam artist, in my opinion. That’s right: Nicholas Jonas married into a fraudulent relationship against his will this past Saturday, December the 1st, and I’ll tell you why I think so.”

Reactions on the article

there were many celebrities who came out in support of Chopra after the article went viral. here are a few of them and what they had to say on it

This article has forced me into the extremely uncomfortable corner of feeling stirrings of defensiveness about Priyanka. (There’s extremely a story to be written about the relevance stakes of having a wedding for for the sponcon but this ain’t it chief)

I am not a fan of either of the people in this relationship but this is some WHACK, insanely offensive writing on Priyanka Chopra

Saw an incredibly poorly written, racist and judgemental piece on #PriyankaChopra in @TheCut. Forget the subs, don’t the esteemed editors whet the piece before you allow such misogynistic and damning drivel to be published? Meanwhile, more power to @priyankachopra.

On behalf of News Laundry, the popular  journalist Nisha Susan put forward the question that if the article by Mariah Smith was “drunk-published”. She further said, “Or Mariah has friends but no editors. You can decide,” she wrote.

Also congrats to @TheCut for publishing the single most sexist and frankly xenophobic take on the priyanka/Jonas wedding?! Priyanka has had an extremely productive and successful career and she is doing nick Jonas a favor by marrying him.

For a publication that “shows women’s what they are made of” @TheCut has a lot to answer for . The article on @priyankachopra was sexist , racist and disgusting. Also it’s written by a woman which is so sad. It reeks of envy and bitterness. @mRiah shame on you!

What an utterly nasty, below the belt piece. Hey @mRiah, not only do you come across as crass, but also racist. And unhappy.

This is disgusting. @TheCut should be ashamed to have someone write such evil words. What Nick & Pri have is Beautiful Love. Thank u, Next.

This is wildly inappropriate and totally disgusting. Very disappointed that The Cut would give anyone a platform to spew such bullshit.

“It’s not even in my stratosphere. I’m in a happy place at this moment. These kind of random things can’t disturb it.”

“It is a happy phase for our family, and we don’t want to be disturbed by such idiotic things. I am happy that my daughter is married to someone she truly loves. I don’t want to give publicity to those fools. There are some donkeys who do anything they feel like, but their actions don’t affect us.”

Apology made but damage done

The Cut later came out with an apology and all that it had to say was, taken “the whole piece missed the mark, We’ve removed it and apologize.”

All in all, this is the story behind racist article on Priyanka Chopra deleted by the cut. It is sad to known that in this era of globalization, there are still individuals who can go into such filthy depths. The astonishing thing was that people who earlier disfavoured the wedding came out in support of the actress the moment they read the article.