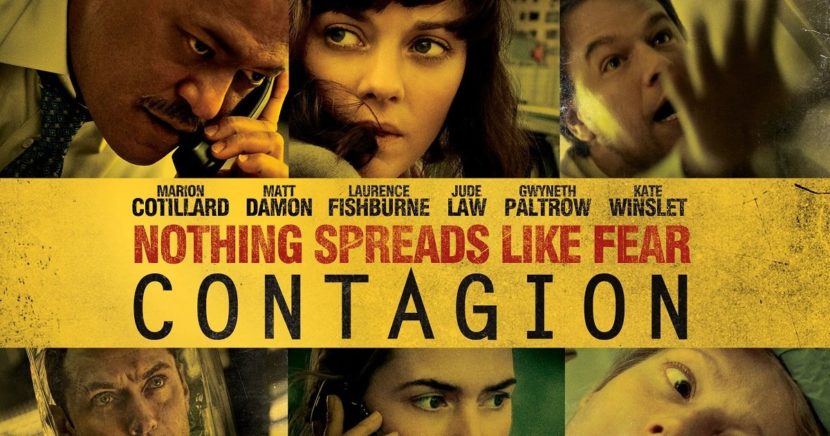 With the extension of the Lockdown period till 17th May now, the number of people subscribing to options such as Netflix and Amazon Prime has raised up. Noticing the number of people increased, these brands have also recently added up a good number of series and movies. Also, there are some of the movies that are highly trending and people are watching them over and over again during this lockdown period.

The recent Oscar-award winning Korean movie Parasite is making rounds recently. The name of the movie is quite attractive enough to connect with the latest situation of virus spread out, though the story line is something quite different. With lots of twists and turns, the movie is successful in being able to hold the attention of the viewers till the end. The engaging script and the superb acting skills of the artists have made this movie actually win the high-esteemed and thus it is also ruling over the movie lists when people are free to binge watch online at home.

One of the movies that are getting quite popular now is the 2011 released movie Contagion. The movie reflects almost similar incidents that are happening in the current world. It is about how a woman returns home from some other country and is infected by a disease that soon gets spreading out to other people too. Soon, the situation of global pandemic starts and the movie is about how the situation is handled. As the movie storyline is almost similar to the current pandemic, the movie has gone viral now and everyone is looking forward towards this movie.

The Taapsi Pannu starrer movie Thappad released just before a few days from the start of the lockdown in India. Though the lockdown was announced late, people were aware of the infection and hence a number of people started maintaining social distancing much before. This impacted the release of the movie in theatres. But the movie trailer seemed so much strong that the audience grew quite curious towards it. Though the audience could not watch the movie in theatres, now it is available online on Amazon Prime so that it can be binge watched while at home.

Among different movies that were impacted by the news of lockdown and social distancing, Angrezi Medium is also one. The movie started getting more viewers after the recent death of its star actor Irfan Khan who lost his battle to cancer. The movie is all about a father who does every possible thing to fulfill the dreams of his one and only daughter. It is quite engaging with the amount of drama, emotion, and comedy scenes that it portrays in the right amount at the right time. Also, the newbie actress Radhika Madan effortlessly matched up with the impeccable acting skills of the top stars such as Irfan Khan, Kareena Kapoor and others.

The Sky is Pink

This movie again rose a lot of curiosity among audience when it got released but many people might have not been able to see it due to busy and hectic schedules a month or two ago. But now when people are sitting at home with their work from home schedule, there is much time in hand to devote to the movies that were missed out before. The Priyanka Chopra starrer movie The Sky is Pink is among those many movies and has got into the list of most watched movie during the time of lockdown period in India.

Bollywood is coming up with a lot of biographic movies these and it seems that Kangana Ranaut has become one of the favorite actresses for such biographic movies currently. After playing the epic role of Rani Lakshmi Bai in her last movie, the actress is seen in her recent movie Panga that is about a Kabaddi player. The movie depicts how the life of this Kabaddi former player changes after her marriage and how she decides to make a comeback in the game.

Jumanji – The Next Level

The movie does not need any kind of introduction for the people who have been a fan of the Jumanji series. After the second movie from the series being released in the year 2017, the audience was waiting for the next update. The latest one is Jumanji – The Next Level that got released last year. Of course, this movie was also a hit similar to other Jumanji movies. When people have time in hand now, there are so many of them who have been watching the latest movie of the series now.

Similar to Contagion in the year 2011, Outbreak is another movie that got released in 1995. It is again a movie about an airborne infection that started destroying the whole civilization. When the world is struggling against the situation of COVID-19, the audience is actually getting engaged in movies such as Outbreak.

Little Women is getting popular these days due to the mention of an ‘illness’ in the movie. Though the movie is not similar to a virus spread or something, the family drama released last year talks about a devastating illness that happens to the actress and around which the whole plot revolves. It is quite interesting to see the engaging plot and a wide range of drama that happens in it. This movie was also nominated for the Oscars this year.

After the Oscar-winning movie, Parasite, Joker is another movie that made quite some name in the Oscars. The movie script revolves around a comedian who entertains audience with the mask of a clown but is alone in his own world. The movie depicts that real dilemma of life and was portrayed in an efficient way that can connect with the audience in an emotional way.

Apart from these top 10 movies, there are also many other movies that are trending now such as Mulk, and many others that people are searching and watching during this lockdown period, while staying safe at home.

- Previous article « Bollywood movies to get released after lockdown ends

Next article - Peep into the lives of these celebrities during lockdown »