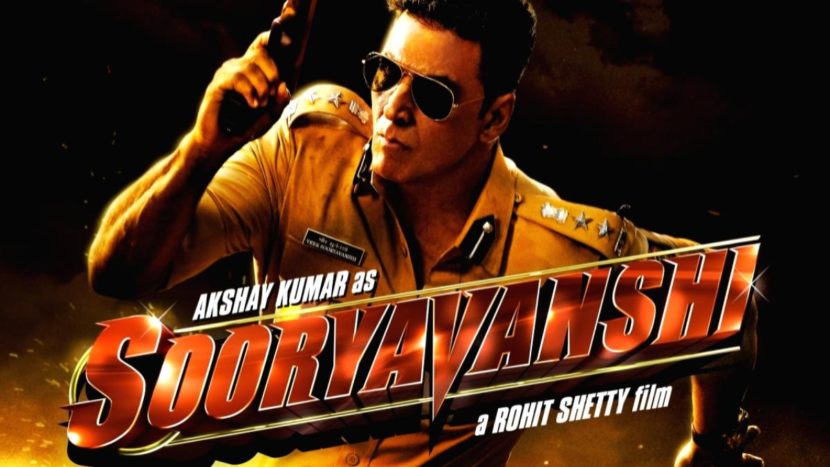 Bollywood movies to get released after lockdown ends

The pandemic COVID-19 has made many of the countries now to practice social distancing and lockdown of the entire country. No doubt even the Bollywood industry has got highly impacted with the situation when shootings have been stopped and release of movies have been postponed.

There are many of the movies such as Angrezi Medium and Baaghi 3 that face high losses because they got released such a few days before the lockdown started in India. Angrezi Medium is said to be one of the finest movies of the actor Irfan Khan who recently lost his life to cancer.

Apart from this, there are also a number of movies such as Sooryavanshi for which fans were eagerly waiting but the release has been postponed for indefinite time.

Though right now options such as Netflix and Amazon Prime are allowing audience to enjoy some of the best movies while staying back at home, soon after the lockdown gets over, the audience will be able to come across these amazing movies on the list.

This is a much-awaited movie of the year and should be soon released after the lockdown is over. Akshay Kumar is in the lead role of Sooryavanshi while the other two strong characters of Ajay Devgan as Singham and Ranveer Singh as Simba will be also noticed in the movie. This is another entertaining movie from the box of Rohit Shetty that is expected to make huge revenue after it releases. You will be able to enjoy the action packed scenes, comic timings, and a social message all together in this one big-budget movie.

Akshay Kumar will be seen in another movie after the lockdown is over and that is Laxxmi Bomb. The movie is remake of a South Indian movie Kanchana and the director has casted Kiara Advani against Akshay Kumar. It is a combination of comedy and horror somewhat similar to what the audience has noticed in the movie Bhool Bhulaiya. It is always a pleasure to see Akshay Kumar in a comic character, isn’t it!

David Dhawan will be back into the scene with the remake of the 1995 movie Coolie No. 1. Varun Dhawan will be seen in the lead role with Sara Ali Khan. Paresh Rawal will be in the supporting role and it will be a huge pleasure to see how this upcoming remake does justice to the original one.

Another movie that has become the talk of the town is 83. The director Kabir Khan will be coming up with this sport genre movie with Ranveer Singh in the lead role along with Deepika Padukone. It is said that the movie is going to make the audience relive the moment how the Indian cricket team lifted the World Cup in the year 1983. No doubt, the movie has got popular much before it has even got released.

It seems that the Indian Bollywood industry is in love with biographical movies now. Under the directorship of A.L. Vijay, the year 2020 will witness another biographical movie on the great political leader J Lalitha. Kangana Ranaut will be seen in the lead role as the main character and the movie is said to release somewhere in June this year. Kangana Ranaut was last seen in another biographical movie Panga in which she played the role of a Kabaddi player whose life changed 360 degrees after marriage. She has been always been praised for her impeccable acting skills and hence the audience has a lot of hope with this upcoming movie too.

The fan following of Salman Khan is eagerly waiting for his upcoming movie Radhe. The movie is directed by Prabhi Deva and is produced by Sohail Khan, Atul Agnihotri, and Salman Khan himself. Apart from the superstar, some other stars who will be seen in the movie are Randeep Hooda, Jackie Shroff, and Disha Patani.

If you an action movie fan, 2020 is expected to come up with an epic one and that is Mumbai Saga. Directed by Sanjay Gupta, the movie has John Abraham as the lead character with many more stars such as Emraan Hashmi, Prateik Babbar, Rohit Roy, Sunil Shetty, and others. The movie should release in June this year if everything gets sorted out.

Anees Bazmee is back with the sequel of the famous Akshay Kumar starrer movie Bhool Bhulaiya that entertained the audience till the brim in the year 2007. This time, Kartik Aryan, the fresh talent of the Btown will be noticed in the lead role with other stars such as Kiara Advani, Tabu, and Sanjay Mishra. Kartik Aryan is a promising actor whose acting skills has been praised in many of his movies such as Pyaar ka Punchnama, Lukka Chuppi, Pati Patni aur Wo, and recently in Love Aj Kal 2.

Bhuj – The Pride of India

Abhishek Dudhaiya is coming up with his first movie Bhuj – The Pride of India starring Ajay Devgan in the main role. Other stars who will be noticed in different important roles in the movie are Sanjay Dutt, Sonakshi Sinha, Nora Fatehi, and many others. The movie is about to release in August this year and is based on the war that held in Bhuj and how the Gujarati women extended their support and help to the Indian army during the war.

So, there is a huge list of movies that is going to release after the lockdown is lifted up and things get normal in the country. The epidemic as of now is spreading out in different parts of the country while also some parts such as Goa, Sikkim, and others are getting free from the cases. Due to absence of any kind of vaccine or medicine currently for the virus, the only remedy is social distancing and staying at home.

If the people are going to stay safe at home and will follow the instructions provided by the Government, it will be much easier for the country to fight back the issue and getting back things to normal.

- Previous article « Household activities that celebrities are enjoying during lockdown

Next article - 10 trending movies people are watching during lockdown »