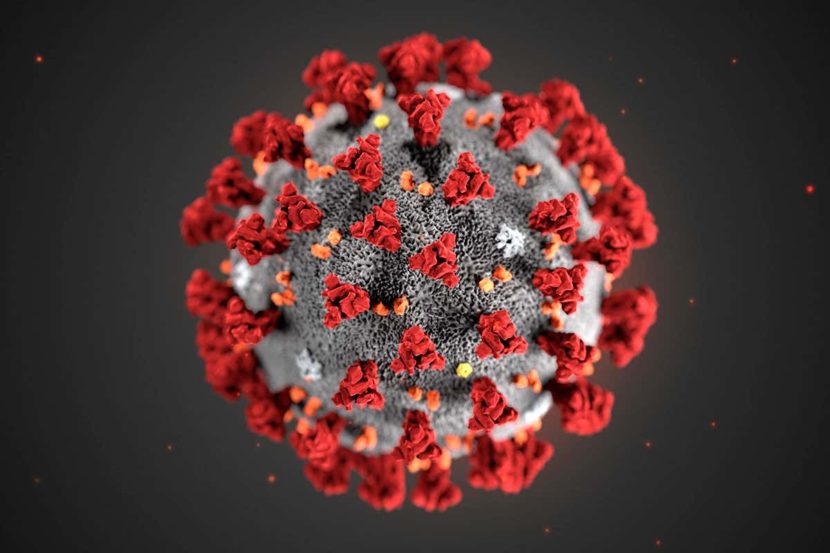 The world is suffering from the pandemic of COVID 19. But if history is to be checked in, this is not the first time in human kind that such a pandemic situation has come into being.

Here is a list of some major pandemics that took place over time.

Though Typhoid fever is not much dangerous today, it caused a pandemic like situation way back in 430 B.C. With symptoms of red skin, lesions, bloody tongue and throat, and fever, this disease spread across Athens, Ethiopia, Egypt, and Libya. The disease is said to have killed as many as two-third of the population then.

Antonine Plague is mainly the small pox that turned into a pandemic during 165 A.D. It started with the Huns and then spread out to the Germans and then to the Romans. The plague lasted for 15 years and the symptoms were sore throat, fever, diarrhea, and sores that were filled with pus.

Cyprian Plague broke out in 250 A.D. and patients suffered from the symptoms of fever, gangrenous feet and hand, throat ulcers, diarrhea, and fever. It started somewhere in Ethiopia that spread out to other nations such as Rome, Egypt, and Northern Africa. This plague hit again in 444 A.D. that engulfed Britain.

In 541 A.D. Justinian Plague broke out in Egypt that spread out to Mediterranean too. It is said that it created a situation of apocalyptic environment killing almost 50 million people. This also led to the faster spread of Christianity too as people started believing that they can be only saved by the God.

Hansen’s disease broke out as a pandemic in 11th century by the name of Leprosy. The bacterial disease caused deformities and sores that made people think that they are being punished by the God. The disease is even now held to be quite dangerous if proper treatment is not done.

This pandemic is known to one of the largest pandemics and it started in Asia. Soon, many other nations such as Europe, France England, and North America were also affected by the disease by 1350.

The very first Cholera pandemic started in Russia in 1817. This bacteria disease that causes infection in the intestine due to unhygienic practices led to the death of as many as one million patients alone in Russia. Soon, the disease spread out to other nations such as America, Germany, Italy, Japan, China, Indonesia, Africa, and Spain. The vaccine for the disease was introduced much later in 1855.

The third time the Plague hit China first from where it traveled to India and then to Hong Kong. Starting in the year 1855, it affected about 15 million people and it started becoming weak only by 1960.

It is said that Fiji got the Measles epidemic from Australia when a royal group visited Australia 1875. Soon, disease killed one-third population of Fiji and the island filled up with corpses for the wild animals to feed upon.

The flu pandemic started in 1889 in Kazakhstan and Siberia. Soon it spread out to Moscow and then to other places such as Poland, Finland, and also to Europe. By 1890, it also reached out to Africa and North America.

This disease started as a pandemic in 1900s though it has records of existence before that too. It happened in children making them deforms for lifetime. The disease spread across the world by fire till 1994 when finally vaccination was developed along with some drugs that were used before as prevention means.

In 1918, the air-borne flu was first discovered in Europe that was noticed later on in the US and also in some part of Asia. Though there were no drugs and vaccines developed for the flu, it disappeared all of a sudden by 1919 after hitting many parts of the world.

In the year 1981, a strange disease was discovered that was responsible of destroying the immune system of a person. It is believed that HIV/AIDs was first noticed in West Africa by the year 1920 among the Chimpanzees. It soon moved to Haiti in 1960 and then to San Francisco along with New York in 1970s. The disease has spread out throughout the world by now and is highly infectious and it spreads out either through genital fluid or blood. Fever, enlarged lymph nodes, and continuous headaches are some of the common symptoms of the disease.

Though there are different drugs discovered that can be helpful in slowing the process of the disease, there is no medicines discovered yet now that can cure someone completely out of this infection. Hence, the only way to stay safe is prevention.

In 2003, Severe Acute Respiratory Syndrome was found in China affected many people. Studies said that it was an infection caused due to the bats and have evolved to reach to humans through cats. The symptoms were aches, dry cough, and fever that spread out to as many as 26 other countries leading to 774 deaths. The spread of SARS was taken quite seriously and this helped people across the globe in controlling outbreaks such as Ebola, Zika, and H1N1 that could also have become a pandemic otherwise.

Staring in China, COVID 19 became a pandemic on March 2020. Though coronavirus disease or COVID 19 is considered to be lesser dangerous than SARS, it is highly contagious and hence it has spread out to 163 nations so fast. It has symptoms of fever, aches, and diarrhea and affects the lungs that can lead to pneumonia. Patients with weaker immune system or even weaker organs can suffer severe situations that can lead to death.

Next article - Bollywood Celebrities who left us shockingly in 2020 »