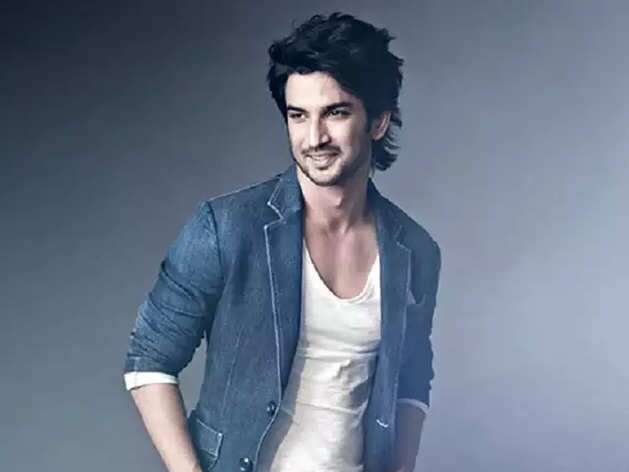 Bollywood Celebrities who left us shockingly in 2020

It is just half past the year 2020 and it seems that the year has shown the world a lot of creepy incidences. The world is already battling hard with the pandemic COVID 19 since February end. Along with that, there have been noticed a number of unlucky things happening around in the form of natural calamities or deaths of so many celebrities in one single year.

Everyone got startled when the news of Rob Gibbs, the creator of our favorite Nemo and Dory died mysteriously. The news of different celebrities leaving us from different parts of the world is quite depressing and we are not being able to think about what will happen the next very day.

The Bollywood Industry has also seen a number of deaths this year and some of them are quite shocking.

Though this famous director died due to his old age but it seems the situation is not permitting anyone to accept this fact. The evergreen director is well-known for some of the classic movies that he has offered to the industry such as Chameli ki Shadi, Rajnigandha, Choti is Baat, and many others. The screenwriter and Filmmaker was of 93 years old when he took his last breath in the year 2020. The entire Film industry mourned his death and spoke about how he will always be remembered for his extraordinary talent and works.

Similar to Basu Chatterjee, the actress Nimmi also died this year due to old age at 88. She was a popular face during the 60s and has breathed life in some of the most talked movies at those times such as Mere Mehboob, Aam, and others. Reports say that she was not doing well health-wise for last few days and was admitted in a private hospital in Santacruz where she took her last breathes.

The veteran actor has ruled the Bollywood industry since his first movie Bobby. The charming and effortless actor was last seen in the movie Mulk that got released in the year 2018. He is known to be the strongest of all the Kapoor clan of the industry. Rishi Kapoor was fighting cancer and was under treatment for last some time. But finally, he lost his battle to the disease and died at the age of 67 years. No one could have said seeing him that he can pass away so soon.

The very first celebrity death that shocked the nation was that of Irrfan Khan. Though he was suffering from cancer but his fans were all hoping that he will fight back soon and will be healthy again like many others who have defeated cancer in past. The fans were overjoyed even more when they saw him in his latest movie Angrezi Medium this year. But later on reports came up that he was not even able to attend the promotion campaigns of his movie as his health conditions were going down. He was just 53 years old when he left this world for his journey with the other world.

The actor is not just a versatile actor and a favorite in the Indian cinema but also across the globe. He is known for some of the most amazing International hits such as Life of Pie and Jurrasic World. He was seen in some of the best movies of Indian Cinema such as Maqbool, Paan Singh Tomar, Hindi Medium, and many others that will be cherished by the audience always.

The shock continued when the news about the death of Wajid Khan soon surfaced on the Indian media. The duo music composer Sajid and Wajid Khan is a well-known name in the Bollywood industry. The duo was introduced to the industry with the movie Pyar Kiya Toh Darna Kiya and then they continued to offers some of the best compositions to the industry.

But it was very unbelievable when one of the brothers left the duo so soon and traveled to some other world. Wajid Khan was just 42 years of old when he took his last breath this year. Earlier it was said that he died due to kidney infection. But later many other reports stated that he was infected by coronavirus that led to kidney damage and then to his death.

Earlier, the singer Kanika Kapoor also tested positive of COVID 19 but she got recovered soon after getting proper treatment. Somehow, the industry lost Wajid Khan to the infection.

The Bollywood fans and followers were just recovering from the loss of the eminent stars this year, when the most shocking and unexpected news came up. It was about the death of the actor Sushant Singh Rajput. The 34 years old actor just started his career and was in his best times in the Bollywood Industry. It was neither old age nor any other physical ailment that killed him. The actor committed suicide due to the most ignored reason today and that is depression.

It is still unknown that what the actual reason for his depression was because he was successful in his career and was seen last in one of the superhit movies Chhichhore.

The actor started his career with the TV show Pavitra Rishta and soon got his Bollywood break with the famous movie Kai Po Che and continued to offer some of the legendary movies to the industry such as MS Dhoni, PK, Kedarnath, and many others. We were seriously not expecting that this growing actor will leave the industry and his fans so soon.

It seems that the year 2020 has fallen on the world as a curse. The pandemic of COVID 19 was already since the year start to haunt everyone, these celebrity deaths to different reasons is sinking our hearts even more. We just hope that the next half of the year 2020 does not show us any more further such depressing news. The world is waiting for a cure for the COVID 19 disease and may be things can come back to normal again when the pandemic ends finally.

Next article - Top 10 Most Effective Tips For Good Mental Health »