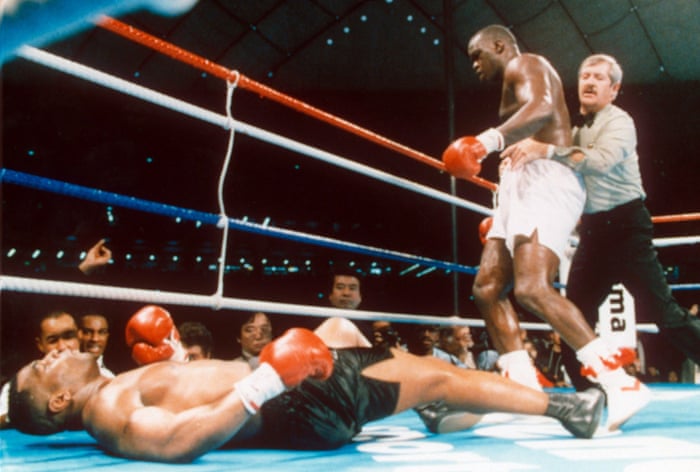 Boxers Who Lost a Lot on Gambling

People develop assorted interests in fields of sports like cricket, hockey, football, horse racing, car racing, basketball, boxing and a lot more. The curiosity to make ample amounts of money while supporting your passion keeps them going and rising most of the time. Just as in boxing, professionals are indulged in the same sport from a long period, they have the hidden information that lets them bet on the winner or on themselves against the opponent. You must be aware of the names of the popular boxing Champions including Floyd Mayweather, Manny Pacquiao, Evander Holyfield, Mike Tyson and Vinny Pazienza. Some of the fighters are born to win, few to lose and some of them might embrace death in the rings due to heavy blows on their head as a part of misfortune. There has been an increase in deaths in the ring since the introduction of the Marquis of Queensberry Rules in 1884, thereafter around 1,604 boxers were spotted dead within the boxing ring.

Here is the list of boxers who lost a lot on gambling even their lives during the fight.

An Italian-American heavyweight boxer named Frankie Campbell gave up his life during his fight against Max Baer on August 25, 1930. The spectators witnessed how Baer was knocking Campbell atrociously and ill treating him even after he lost his consciousness in the 5th round. He was punched so badly that he could barely support himself by the ropes and in a couple of minutes, he was rushed into the hospital. Doctors declared that his brain was completely separated loose from the connective tissue inside and that they might not revive him.

Brad, a boxer from Ohio was hired for a short notice to stand hard against championship contenders and so he wasn’t much accomplished. With an idea of being prone to injuries, it was not a good future for him in boxing as his license was declined in many states. But not Utah. Brad died of a heart attack and collapsed instantly while fighting his friend, Billy Zumbrun.

He was a Korean boxer who completed and won his last fight against Heri Amol on December 25th, 2008 in Seoul. Although Choi finished the bout, he fainted in the ring and was referred for an emergency brain surgery. But after that, he never responded and so, he was removed off the ventilator on January 3, 2008.

Becky Zerlentes, a geography professor, non- professional boxer, and martial artist is the first woman (of all the fighters killed in the ring) who died of severe traumatic injuries endured during an authorised boxing match in the United States. April 2, 2005 was the day when Zerlentes was knocked out in the third round by her rival, Heather Schmitz. As reported by online sportsbook news, the cause of her demise was a blunt forceful blow to the head.

Leavander Johnson is an American lightweight boxer from Atlantic City, New Jersey who collapsed in his dressing room several hours after his fight with Jesus Chavez in 2005 in the middle of the match. The referee had to stop the fight after Johnson was hit badly with a barrage of punches from his opponent in the 11th round. An emergency surgery was performed to treat a subdural hematoma, but he never woke up from a coma after that. Subsequently, his body was discharged on September 22, 2005.

Patrick was an American professional boxer who died young when he was just 28 years old, after suffering a brain injury during the knock out in the 10th round held against inconsolable former Olympian Charles Conwell. His head bashed the canvas in such a way that the referee immediately called for terminating the fight. Patrick had a seizure that led to a coma and then four days later he perished.

Flores was a Mexican professional boxer from Michoacan. 24 year old Benjamin died of usual brain injury in the ring while boxing with Al Seeger. It was the 8th round when the referee noticed that helpless Flores was no longer defending. He was immediately rushed to the hospital in Dallas, but all in vain. Another fighter of the ring was departed.

Born on the land of Zapayal, Panama, Guillermo Gonzalez was a Panamanian boxer who won the WBO Super flyweight championship and now named Pedro Alcazar. After beating many injurious incidents, the famous boxer died after his success at WBO Super flyweight championship in L.V. Although the ringside doctors declared him fit on general examination, his fate was preordained and eventually when he went for sightseeing he was found dead in a hotel room the very next day.

Daniel was a Mexican featherweight boxer who was defending the WBC Central American title on October 15, 2008 for the last time. He remained in a 5 days coma after receiving a forceful jab over the jaws in the 12th round. Finally he took his last breath in the Mexico City hospital.

Martin was prestigiously known as The Fireman. This Mexican super featherweight boxer was badly wounded after his knock out in the 9th round against Rustam Nugaev. He was one among those who underwent surgery for a subdural hematoma, placed on a ventilator and then passed away the next morning on July 2, 2005.

All the boxers were born fighters and champions who pulled back their curtains in the ring itself and courageously left the world. God rests their souls in peace.

Next article - 5 Ways to Upgrade your Immune System »