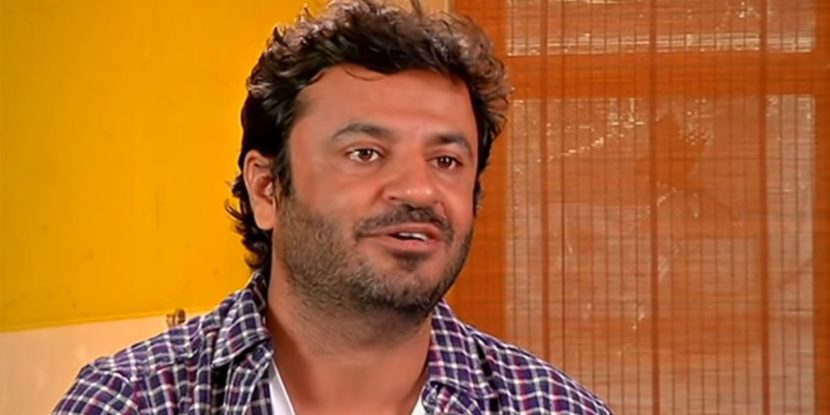 Vikas Bahl, the director of the National Award-winning film ‘Queen‘  suffered sexual harassment allegations last year that came from the former employee of the film collective Phantom Films. The incident is said to have taken place in 2015 in Goa. There are many people who have come in support of the accusation. Below are all the details that you need to know about. Following are the Celebrities Who Support Sexual Harassment Accusations Against Vikas Bahl.

Accusations of sexual misconduct against Vikas Bahl: Background of the case

Former employee of Phantom Films had accused him of sexual harassment last year and the case has heated up in the wake of #metoo and grabbed the attention. However, the former employee of Phantom Films who has accused director Vikas Bahl of sexual harassment doesn’t want to pursue the case. The accuser says, “I have had enough and I am still suffering at the hands of this man even after three years. I do not want to be involved in litigation so will not file an affidavit. Will only put out a statement.”

Kangana on accusations against Vikas Bahl

Kangana is also out in the support of the survivor who has accused the director of sexual harassment. She says, “Totally believe her. Even though Vikas was married back in 2014 when we were filming Queen, he bragged about having casual sex with a new partner every other day. I don’t judge people and their marriages but you can tell when addiction becomes sickness. He partied every night and shamed me for sleeping early and not being cool enough.” As an aftermath of supporting the girl back then Kangana lost few projects offering by Vikas Bahl. She says, “At that time Vikas had come to me with a script about a gold medalist from Haryana. When I supported the girl, he stopped talking to me. I didn’t mind losing out on a good script and I never called him either. I was determined to say what I felt was right. The matter was pushed under the carpet and I didn’t hear any updates on the same.”

She further says, “I could tell something is wrong with him. I believe this girl. But what is sad, is that now that Phantom has been dissolved, many are attacking him, even though the girl asked for help long ago. At that time, the story was conveniently killed, but I supported her at that time as well. You can see my media interaction during one of my brand endorsement interactions. I thought the #MeToo movement would catch up but I was wrong.”  Adding more to what she had to say, “It’s amusing that after the news of Phantom dissolution many are finding the courage to attack him. Shame on such a society. Go look at yourselves in the mirror, bunch of cowards, attacking powerless men won’t begin a movement. Either we do it or we don’t. Let’s not be opportunists. If we are a shit society, let’s accept it, at least have that much honesty within yourself. Selective outrage will only serve as entertainment, this will just be tabloid gossip and nothing else.”

The popular Bollywood actress says that he did “hold her really tight” and would “smell her hair.” To quote her exact words, she says, “But still every time we met, socially greeted and hugged each other, he’d bury his face in my neck, hold me really tight and breathe in the smell of my hair. It took me great amount of strength and effort to pull myself out of his embrace. He’d say ‘I love how you smell K’. I could tell something is wrong with him.”

“While at Phantom, I did everything I could, within what I was told by my partner and his lawyers. For legal and financial decisions, I was fully dependent on my partner and his team. They took care of those things so I could focus on what I did better, creatives. His word and his team’s word on any matter used to be the final word for us.” Further he said, “According to legal advice provided to me then, I was told that we had very limited options. Now in hindsight and after taking stock of things myself, I can quite see how I was ill-advised,”

Anurag Kashyap also revealed that the company decided to take a “strong moral stand” and barred Bahl from the office premises in addition to taking away his signing authority. Apart from this, the popular filmmaker told that he “named and shamed” Bahl in private “amongst whoever asked about it” and said that there was nothing “under wraps” as far as Bahl was concerned.

As far as connection between victim and Anurag is concerned he says, “The victim had complete trust in me individually. However, since she knew I depended on others to handle legalities (and perhaps was more perceptive than me in seeing how I was being poorly advised), maybe she found it difficult to trust that I would be able to (or allowed to) see the plan through of stripping Vikas of his power within the company.” He further says, “This could perhaps also be why she eventually backed out of signing the document that was being put in place capturing the terms of how this would be dealt with,” he added. Bahl’s status as “an equal promoter/director who actually ran the company” and lack of clause in their contract to fire him “on the grounds of misconduct” were the two factors that hindered removal of him from the company.

He says that the story went viral only after he corroborated it with the journalist by being an anonymous source to leak out the story to the press last year. On this he further says, “Why did I take time to corroborate the story? Because I took time trusting the journalist. I placed my trust in him only when the victim told me that I could. Corroborating the story is also taking a stand. While Kashyap  was combating depression, the victim kept suffering. He says, “She put herself through a personal hell to protect me and I could not because I was unfortunately ill-advised that there is little I could do. That being said, I fully understand that it is no excuse whatsoever and all of my actions above I’d hope are demonstrative of every intention on my part to set this right.”

He says, “This industry is extremely ill-equipped to handle matters such as sexual harassment, copyright, censorship and all the things we put ourselves in dock with. A large part of the reason for this is that there is clearly lack of correct advice and awareness of legal remedies.”

The filmmaker in his defence says, “as a result of professional jealousy and with the sole intent to defame him, malign his image and destroy his career.”

All in all, these are the Celebrities Who Support Sexual Harassment Accusations Against Vikas Bahl. also, this is all that you ought to know about the case.

Next article - Top 10 Rangoli Facts and Designs for this Diwali »