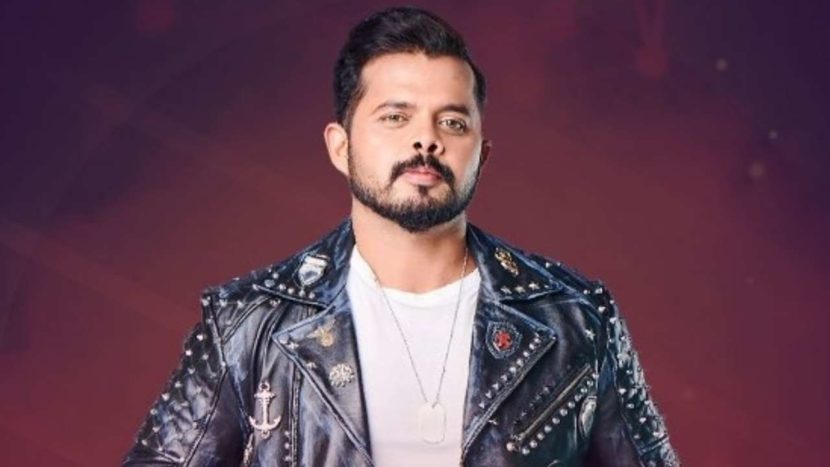 Life has not been that simple for any but for the celebrity that we are going to talk about, it has been comparatively harder. Having to forgo ones passion is one of the hardest things that anyone can be asked to do. However, owing to self created circumstances, intentional or unintentional, the consequences have to be born. Here we are talking about one of the most talked about contestants of Bigg Boss 12, Sreesanth.  Here we are going to talk about top 10 must know facts about Indian Cricketer Sreesanth. Due to his unpredictable behaviour on the show he is taking all the limelight. The conflicts that he indulges in, the attitude of giving up in each task, holding on to petty things and much more is a common trait that has been found in Sreesanth which most of the fans out there are not appreciating. The celebrity is one of most controversial Indian cricketers. Despite a two-time World Cup winner, he has always remained in headlines for one reason or the other. He was the part of the ICC World T20 2007, and ICC World Cup 2011.

Very few of us know that the complete name of Sreesanth is Shantakumaran Sreesanth. He was born on February 6, 1983 in Kothamangalam, Kerala. His family and friends call him “Gopu”out of love.

Hailing from Kerela, Sreesanth was the first bowler who took Ranji Trophy hat-trick. In addition to this, he is the first man from Kerala who has played Twenty20 International (T20I) for India.

The clash between Harbhajan Singh and Sreesanth remained the talk of the town for quite a long time and most of us still happen to remember the same. it so happened during the  inaugural season of IPL that Sreesanth who was playing for Kings XI Punjab went to Harbhajan, who was playing for Mumbai Indians, the team that was losing that time after a match completed between the two teams. There is no clarity about what actually happened and what actually the interaction was but Harbhajan ended up slapping Sreesanth. This made Sreesanth cry on the field. Sreesanth says that he said something innocuous, while Harbhajan never opened about the same

Sreesanth literally impressed everyone out there by taking the wicket of Sachin Tendulkar in the Challenger Trophy 2005-06 season that too quite early. After this in the Irani Trophy 2013 that took place between Mumbai and Rest of India, Sreesanth bounced Tendulkar. At that time Tendulkar was batting on 95. Sreesanth literally banged in a short ball that lead Tendulkar hitting him on shoulder. Tendulkar later had to undergo a surgery for the same.

Sreesanth is fond of dancing and the same has been several times displayed as he danced each time he achieved something on the field. Be it celebrating wickets or fielding, he showed every emotion by dancing. On India’s tour of South Africa in 2006-07, the dancing got quite highlighted. It was an in verbal and totally a sport combat between Andre Nel, South Africa’s player who shares the same temperament as Sreesanth that he proceeded to dance all long the striker’s end to the non-striker’s end as if riding a horse. Sreesanth also  took part in Jhalak Dikhhla Jaa which is one of the most popular dance-based reality show.

Recently Sreesanth has opened his own sports shop by the name “S36” in Kakkanad, Kochi.

Sreesanth is one player who has  played for three teams in IPL. These teams are Kings XI Punjab (KXIP), Kochi Tuskers Kerala (KTK), and Rajasthan Royals (RR). However, one that proved to be beneficial and successful for him was the KXIP as he could not display much for the other two teams.

Ajit Chandila, Ankeet Chavan, and Sreesanth were the three players who were accused of being involved in IPL 2013 spot-fixing scandal. The former two were the First-Class cricketers while  Sreesanth was high-profile being a former India player as well as a two-time World Cup winner . Sreesanth still claims his innocence and that BCCI “sealed his fate in five minutes,” though he was not yet proven guilty by the Court. In was in July 2015 atht MCOCA court at Patiala House Court in New Delhi acquitted the three players including Sreesanth in IPL spot fixing scandal.

Prior to marrying Bhuvneshwari Kumari he was rumoured being in a relationship with an unnamed Kerela girl but the volatile nature of the player failed to convince the girls’ parents to marry their daughter to him. Today he is happily married to the aforementioned.

Sreesanth joined the political party BJP in 2016. He was the nominated candidate for Thiruvananthapuram constituency in Kerala’s Assembly Elections. He however was not successful in the same.

All in all, these are the top 10 must know facts about Indian Cricketer Sreesanth. If you are a big fan or claim to be a big fan of Sreesanth, then you ought to know these all. In case you have some other favorite too about whom you wish to know more and unique facts then you may drop us the name in the comment section below. We will reach out to you soon with the article on the same.