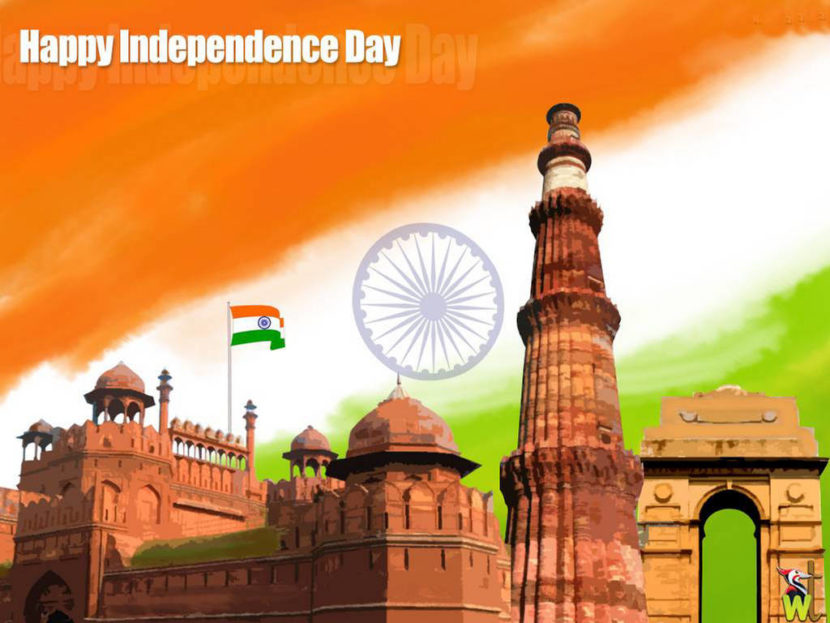 A day to remember – Independence Day Wishing you a very Happy Independence Day folks in advance!!! Every year India celebrates its Independence Day on 15th August. India got its freedom on 15th August 1947 after the long-standing struggle and sacrifice by thousands of people; India tasted the joy of freedom. It is celebrated as the National Holiday. Lots of cultural & similar other activities are held throughout the country to celebrate this auspicious day.

On this day, President of India addresses the nation on the eve of the Independence Day called as “Address to the Nation”. The Red Fort, New Delhi from the early morning on the 15th August is abuzz with the festivities as it is the place, where Prime Minister of India delivers a speech and hoists National Flag. There is an atmosphere of great joy and enthusiasm all around the country, especially at the Red Fort, New Delhi where thousands of students come together to perform various cultural activities. Bravery Awards are also presented to children selected across the pan, which fought against all odds and exhibited exemplary courage by India Prime Minister of India. All the three-armed forces to the country i.e. Indian Army, Indian Navy and Indian Air force and police contingent parade on the Independence Day at Red Fort which showcases the grandeur and strength of our forces. It is a moment of great joy and pride. Numerous other activities also take place all around the country to celebrate Independence Day. Children’s sing patriotic songs and festivities are held throughout the country. People soak in the tri-color theme of the national flag and remember the unforgettable tales of the freedom struggle which ultimately freed us from the British Colonization after almost 200 years.

It is the day which reminds us of the long struggle and sacrifices of our people who lost their lives for the sake of Independence of our country.

It is celebrated as the gazette holiday all throughout the country, both central government and state governments offices & most of the businesses are closed on the occasion of Independence Day so that people can take a day off from works and can indulge in the festivities of the Independence Day. It celebrated throughout the country with great pomp & show. Markets are abuzz with the offers and deals on the occasion of Independence Day. People indulge in the buying spree. Festivities and celebration at local, state and national level are held in every nook and corner of the country.