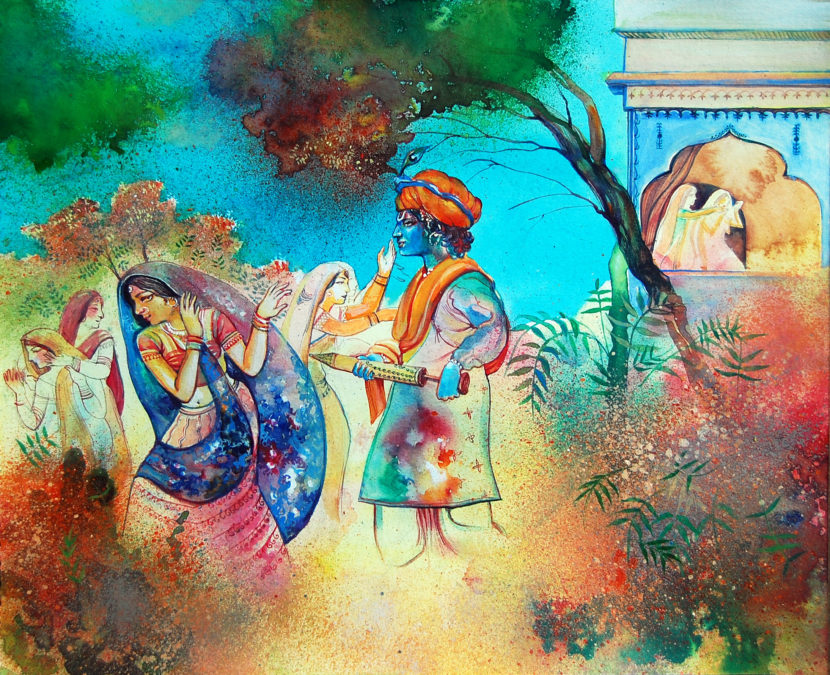 Holi – the Festival of Colours of Love and New Beginnings

Holi, with holi wishes is a traditional Hindu festival, celebrated right at the beginning of the Spring season. It is also considered to be a celebration of good over evil, celebrated with holika dahan and then fun and games with colours and water. Globally, holi is popular for the coloured powder variants that participants throw at each other during the festivities, which makes it the most colourful festival ever to have existed on this Earth.

The origin of this festival is traced back to India, and although it is celebrated as a religious festival in India, many other countries in the world have adopted the colourful festival of holi, owing to the fun, frolic, entertainment, and bonding opportunities the festival brings with it. The entire festival of holi, with happy holi wishes is based on a number of legends of Hindu mythology. The main legend of the festival is based on holika dahan, which symbolises Lord Vishnu protecting his devotee Prahlada from the hands of Holika, Hiranyakashyap’s sister, when the latter tried to burn Prahlada in a funeral pyre by sitting inside it with him in her lap. To commemorate this legend, every year, on the evening before holi, a Holika bonfire is burnt by the members of the family.

The coloured powder that is used, better known as gulal, is thrown by the participants on each other during the festivities, and this activity’s origin can be traced back to the mythological time of Lord Krishna, who coloured his love Radha’s face, to make her look like him, owing to his dark blue complexion. Today, holi, made special with holi quotes is celebrated by covering each other with the gulaal or perfumed powder to immortalise the love shared by Radha and Krishna. This colourful perfumed powder also signifies the onset of the Spring season, and all the natural colours it brings with it in the form of fruits, flowers and new leaves.

The gulaal – what it is In earlier times, the colour or gulal was usually made with extracts of flower petals and turmeric. But nowadays, various synthetic chemicals are used to make a wide variety of colours in varied hues. Although these chemicals are not at all safe for the skin, people still use them during holi to celebrate and have fun. Luckily, there are a few herbal brands in the market that produce organically prepared gulaal made from traditional flower petals, which are harmless and quite safe.

There are four main colours that are used during the festival of holi, made special with happy holi quotes. Blue usually represents the skin colour of Lord Krishna himself, red represents fertility and love, green represents new beginnings as well as the Spring season, and yellow represents turmeric’s yellow colour. According to legend, the festival of holi is celebrated in India and Nepal for centuries now. But recently, many hindu communities around the world have taken up the mission to spread the colours of holi in the hearts of all the locals. As a result, holi is quite popular in countries like England and the United States of America.