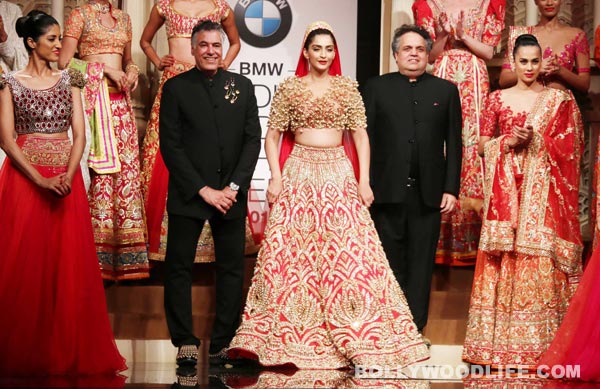 Quite a contrast to Sonam Kapoor’s latest upcoming film, “Veere di wedding” where she plays the role is a spinster figuring out life with her friends and mocking the idea of marriage, she is actually tying the knot with Anand Ahuja. Filled with glamour, glitter, shine and designer outfits, this is surely every girl’s dream wedding. Anand Ahuja was Sonam Kapoor’s boyfriend for quite a long time and they have been showered by many pre-wedding gifts.

On their D-day, which is 8th May, these are a few designer’s dresses Sonam Kapoor could rock: It is surely going to be an eventful day. The couple seems to have a very special bond and we wish them love and luck on their union together. May love and peace be with them always!