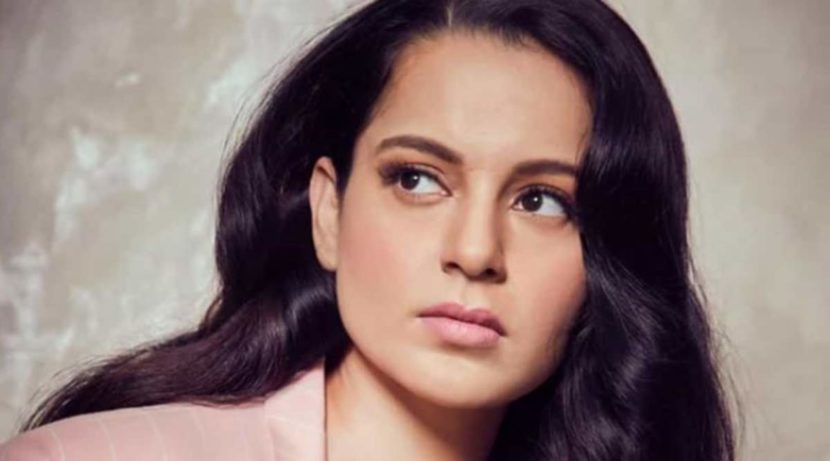 Top 10 Times When Kangana Ranaut Landed In A Controversy

Kangana Ranaut the leading actresses in super hit movies like Queen, Fashion, Tanu Weds Manu and a National Award Winner for Best Supporting Actress has landed up in controversy a lot of times. Here are the Top 10 Times When Kangana Ranaut Landed In A Controversy:

1. Affair with a married Aditya Pancholi

While Kangana was a struggler she was said to be dating Aditya Pancholi, who was not only older to her but also married. After five years of steamy affair, the connection broke on an ugly note. According to the reports, Aditya Pancholi physically assaulted Kangana in an auto rickshaw on the note of infidelity as well as manipulation. Kangana reported the matter to the police.

Kangana and Hrithik Roshan were co-stars not only in Kites but also Krrish 3 from where everything seems to start. No one ever thought of two dating or breaking up when suddenly the news of Hrithik Roshan slapping a legal notice on Kangana surfaced on the air demanding an apology for the ‘silly ex’ comment that Kangana made in an interview. The actor also claimed that Kangana was suffering from Asperger’s Syndrome. The controversy is still on air.

Adhyayan Suman accused Kangana not only of assaulting and abusing him but also performing black magic on him. The actor accused her of having ruined his career as an actor. The two were dating one another after they featured in a movie together.

It was way back on Koffee with Karan when the entire debate of nepotism began two surface and make rounds. On the show, she openly accused Karan Johar, the host of the show of being a flag bearer of nepotism and rest is history.

Kangana once claimed that she Paris Hilton’s line of cosmetics approached her but all such claims were denied by the foreign brand.

Kangana accused Vikas Bahl, the director of “Queen” and said, “Every time we met, socially greeted and hugged each other, he (Bahl) would bury his face in my neck, hold me really tight and breathe in the smell of my hair. It took me great amount of strength and effort to pull myself out of his embrace. He’d say ‘I love how you smell K.’”

7. When Kangana accused top actresses of ignoring her existence in Bollywood

Kangana accused Alia Bhatt, Deepika Padukone, Anushka Sharma and other leading actresses of ignoring her existence in the industry.

During the promotion of her movie Judgemental Hai Kya, Kangana got into an ugly argument with a journalist after which The Entertainment Journalists’ Guild of India banned her.

Once agin Kangana got trapped in a controversy when she opened about her views on the sayings and actions of Mahesh Bhatt in Sushant Singh Rajput Case.

10. Demolition of her office

Currently, Kangana is facing a hard time as her office in Mumbai was demolished after her PoK comment on Mumbai.

All in all, these are the Top 10 Times When Kangana Ranaut Landed In A Controversy.