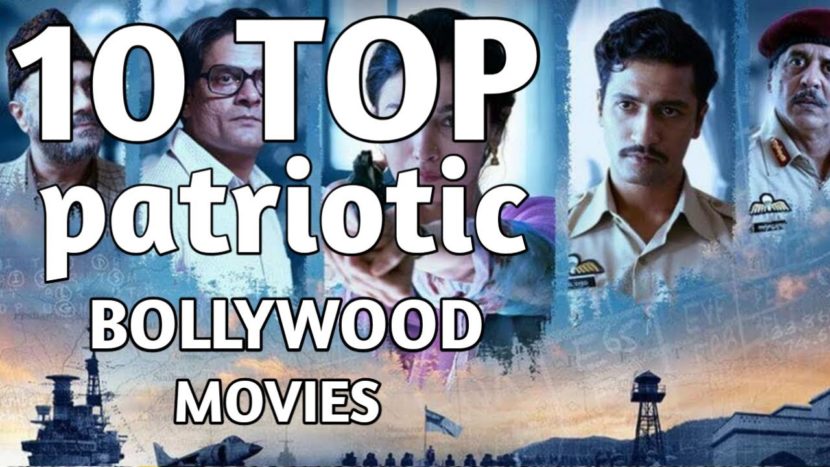 On this Independence day when there is a little to do amid the COVID-19 spread, one thing that you can do for sure is watch a patriotic movie with your family. This is one way to celebrate Independence Day 2020. Here is a list of Top 10 Must Watch Patriotic Bollywood Movies

It is one of the best movies that you can consider watching on Independence day with your family. It is directed by Aditya Dhar finding its base in the Surgical Strikes that took place in 2016. The major star cast of the film includes Vicky Kaushal and Yami Gautam.

Raazi is again a story that traces its origin to the true incidences in the life of an Indian spy who marries a man from Pakistan amidst the Indo-Pakistan war of 1971. Alia Bhatt and Vicky Kaushal can be seen playing the lead roles.

Kesari is one of the most beautiful pictures in Bollywood that shows patriotism at its best. It flutters around the life of a soldier in the British Indian Army leading 21 Sikh soldiers against 10,000 Pashtun attackers. Akshay Kumar is the protagonist while Parineeti Chopra plays the role of his wife in the movie.

Rang De Basanti is an evergreen patriotic creation of Bollywood that anyone can see umpteen times without letting boredom creep in. The movies revolve around the London-based filmmaker trying to shoot a film based on Indian revolutionists. Aamir Khan is the protagonist in the movie and Sharman Joshi, Alice Patten, Siddharth, Kunal Kapoor, and Soha Ali Khan can also be seen in the main roles.

Indian Mutiny of 1857 is the basic foundation of this patriotic movie which has Amir Khan in the lead role. It develops its story around the association of an Indian soldier and a British commander William Gordon.

Lakshya is one of the few movies in Indian cinema that can inspire the youth of the nation. It revolves around the life of a young man who realizes the meaning of life after he actually becomes a soldier in the Indian army. Hrithik Roshan is seen as a protagonist in the movie.

Border is a meaningful movie, the storyline of which revolves around some Indian soldiers. Sunny Deol, Suniel Shetty, Jackie Shroff, Tabu, Akshaye Khanna, and Pooja Bhatt are playing the key roles in the movie.

It is a thriller drama by Neeraj Pandey starring Anupam Kher and Naseeruddin Shah in the key roles.

9.The Legend of Bhagat Singh

Ajay Debgun plays the role of our national superhero, Bhagat Singh, in the movie. The movie revolves around the life of Bhagat Singh and his struggle in paving the path for Independence of India.

This one is a crime drama by Mehul Kumar depicting the issues of the Indian society.

These are the Top 10 Must Watch Patriotic Bollywood Movies that can help you celebrate Independence Day 2020.

Next article - Top 10 Types Of Underwear Every Woman Must Own »