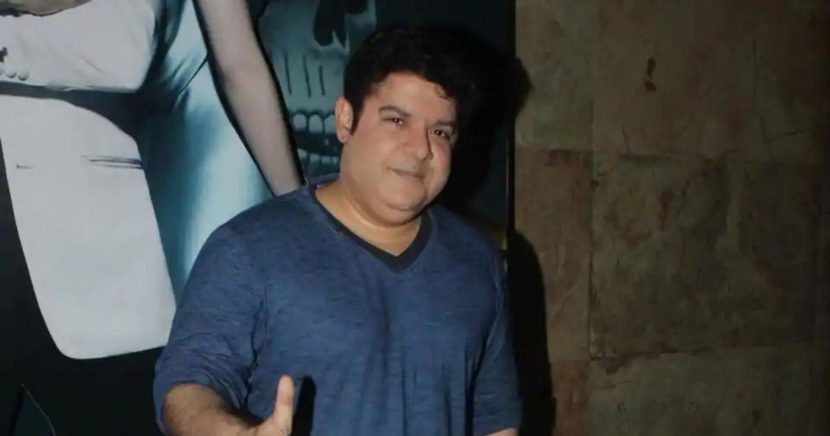 #Metoo, it all began with the Tanushree Datta’s allegations against Nana Patekar  and since then there has been no looking back. Here we are with yet another story and other accusations against the popular celebrity of Bollywood. This time it is the popular film maker Sajid Khan who is in a trap. Priyanka Bose is not the only one to have accused the Bollywood filmmaker Sajid Khan of sexual harassment as well as misconduct at the workplace. Others in the list who have come forward with their stories of sexual harassment include the film actresses Simran Suri and Rachel White.

You have seen the Bollywood actress, Priyanka Bose,  work in movies that include Lion, Gulaab Gang, and Half Ticket which are more prominent among other films she has performed in. today, the actress have come out with an accusations against Sajid Khan. All the credit goes to the #MeToo movement that has taken a toll on the sexual predators in Bollywood.

Priyanka Bose says that the incident took place when one of the most popular Bollywood filmmaker Sajid Khan had called her for the audition. She says that he called her for an audition and received from him a text message that said, “Should be comfortable in a bikini.” The actress says, “When I landed up with the required clothing, no sides were given.” Also, she says, “He walked in and lay down on the sofa. Over his trousers, he held his d*** in his hand and said, “If I don’t get a hard-on looking at you, how will my audience?”

The actress cried her way back to home and when she shared the story with her partner he advised her to quit right away, though she did not do that. She says, “I narrated what happened to my partner and he asked me to quit right away. But I didn’t. I garnered the courage to power through.”

Simran Suri is among the other actresses who have accused Sajid Khan of Sexually harassment. It was when Sajid was casting for Himmatwala that the incident took place. She said that ,” I kept thinking all these years @whitespeaking to talk about this a## @SimplySajidK and what stopped me was that nobody would listen. He did exactly the same with me while he was casting for Himmatwala. Called me to his juju house and asked me to strip.”

Further she says, “He was on his treadmill, wearing an undershirt. He said, ‘See, my body is so good!’ I was wondering why a man, who is supposed to be in a professional meeting, wearing sandos! I felt really weird. After some time, he asked me to strip. I was shocked but he said, ‘I am the director. I will have to see your body. ” She goes on to say that he took down her top and after she resisted he asked her to lower her volume as his mother was in the next room. After this, she left his place and then deleted his number. Though he tried to contact her again but she abused him and asked him to stay far.

Saloni Chopra, a popular film actress has come up with several instances pertaining to sexual as well as psychological harassment faced by her during the time she was working as an assistant director to the famous director Sajid Khan. She says, “One night, it got really ugly. I was so tired of the calls and the constant harassment, I asked him what he wanted from me. And I told him that if this was just about sex then fine, I’d come over right now and fuck him but provided he backed off afterwards and stopped calling me every day. I was so tired of his behaviour that even my fear of him wasn’t enough to shut me up.

He started yelling at me and claimed that I was so naive and stupid if I thought this was just about sex. This wasn’t about sex, it was about me being his little bitch and doing everything he told me to do. He’d name directors that keep actresses at their homes for months and thats just how this works. He then said ‘you think I want to fuck you? I have such a hot girlfriend, why would I fuck a girl like you thats not even sexy?’”

Rachel White is another film actress who has openly come against Sajid Khan in the wake of #Metoo. She says that it was not only his gaze  that made her feel uncomfortable during the meeting but there was a lot more to it. She says, “ I was in a white vest and blue denims and still felt I was standing nude with that gaze. What happens next is that he finishes his cardio and walks up to me asking me about my boobs and making that kind of conversation. I didn’t bother to answer to anything.”

Karishma Upadhyay , a popular journalist  has also alleged the director of an indecent behaviour. She says, “The first time I interviewed Sajid Khan in the early 2000s, he called me to the house he shared with his sister. Through the interview he talked about how large his penis was, and (that) he knew how to satisfy a woman.” She further said, Sajid Khan has preyed on women in the industry for years. Here’s my story.

Sajid Khan on sexual harassment accusations against him

To all these accusations, Sajid Khan has following to say, “In the wake of the allegations against me and the pressure being put on my family, my producer and the stars of my film Housefull 4, I must take the moral responsibility of stepping down from my directorial post, till the time I can allay the allegations and prove the truth… Request my friends in the media to kindly not pass judgment till the truth is out.”

Akshay Kumar, who is the part of Khan’s latest directorial venture, Housefull 4, has announced that he has requested the producers of the film to cancel the shoot till investigations into Khan’s alleged misconduct are completed.

On this the popular director Farah Khan, who is the sister of Sajid Khan has to say the following. “ This is a heartbreaking time for my family. We have to work through some very difficult issues. If my brother has behaved in this manner he has a lot to atone for. I don’t in any way endorse this behavior and Stand in solidarity with any woman who has been hurt.”

Farhan Akhtar has also spoken on this matter. He says, “I cannot adequately stress how shocked, disappointed and heartbroken I am to read the stories about Sajid’s behaviour. I don’t know how but he will have to find a way to atone for his alleged actions.”

All in all, these are the Sexual Harassment And Misconduct Allegations Against Film Director Sajid Khan. As an after effect of all such allegations that have been put against Sajid Khan, one of the most popular ctors of Bollyeood, the charming Akshay Kumar has quit Housefull 4 that was being directed by Sajid Khan.